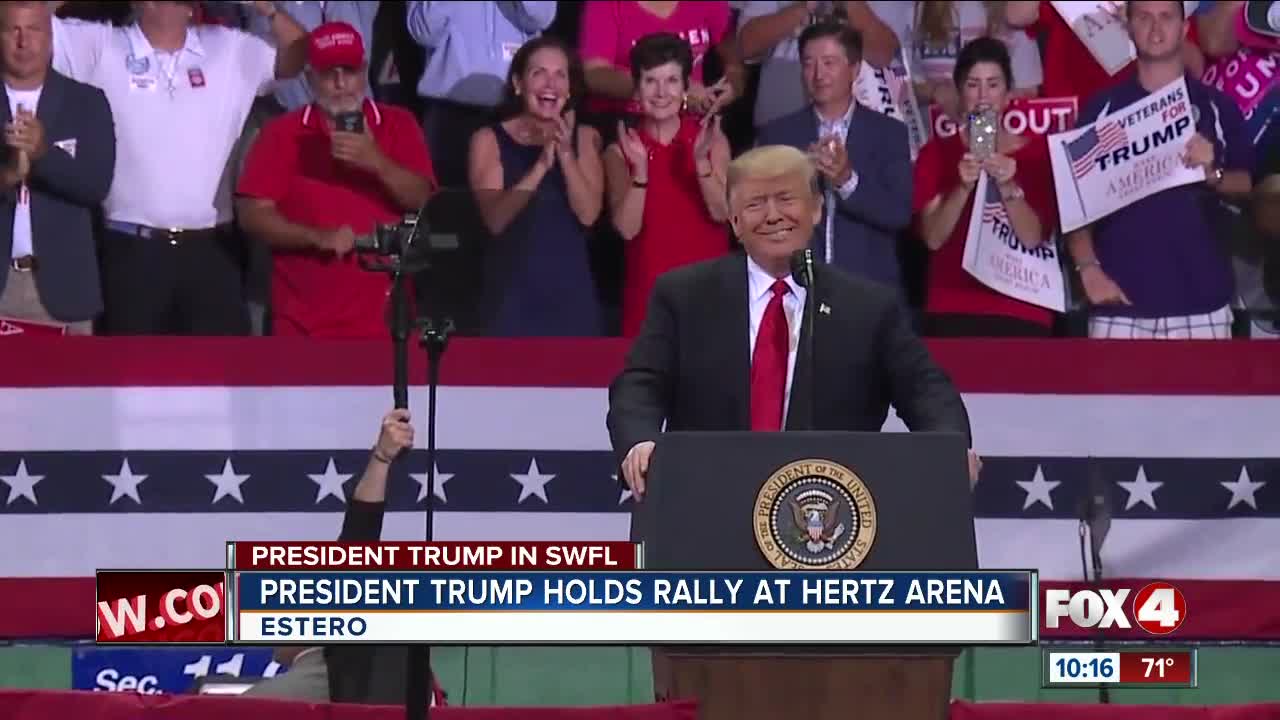 President Trump continues his final campaign blitz Thursday in Missouri after his crowd-pleasing campaign stop in Southwest Florida on Wednesday. 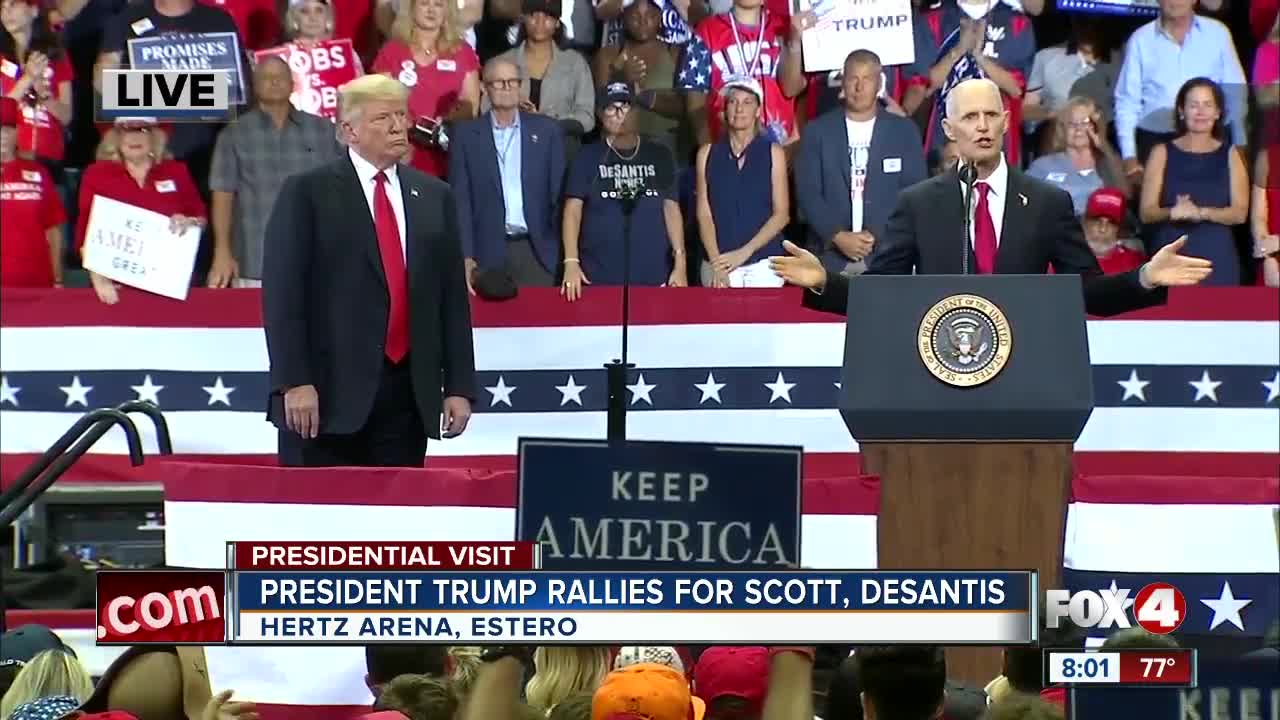 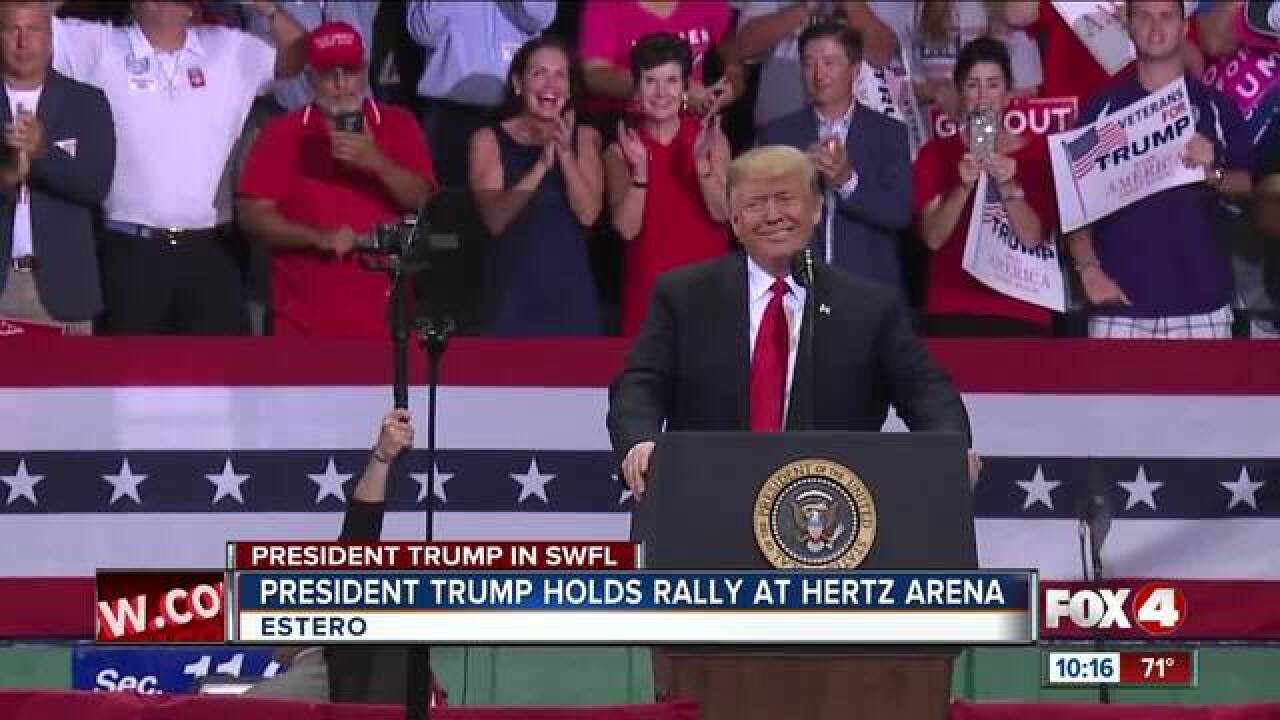 President Trump spoke to thousands in the audience; many who camped out to be a part of the event.

The President was campaigning for Republican candidate for governor Ron DeSantis and Governor Rick Scott, who's running for U.S. Senate.

The rally covered a number of topics, including President Trump’s ongoing criticism of the media.

The president also told Southwest Floridians why he stands behind his plan to end birthright citizenship.  That statement brought many to their feet amid loud cheers.

After the President's speech, gubernatorial candidate Ron DeSantis took the stage.  He touted his Navy experience, law enforcement and military endorsements, and told voters our state's environmental issues are a high priority for him.

“I will work with the resources we need to clean our water and clean our rivers and protect our way of life here in the state of Florida.”

Up next, Governor Rick Scott thanked people from across the country who came together to help Florida recover from Hurricane Michael.  He used that unity as a metaphor for what he hopes to do if he's elected to the senate.