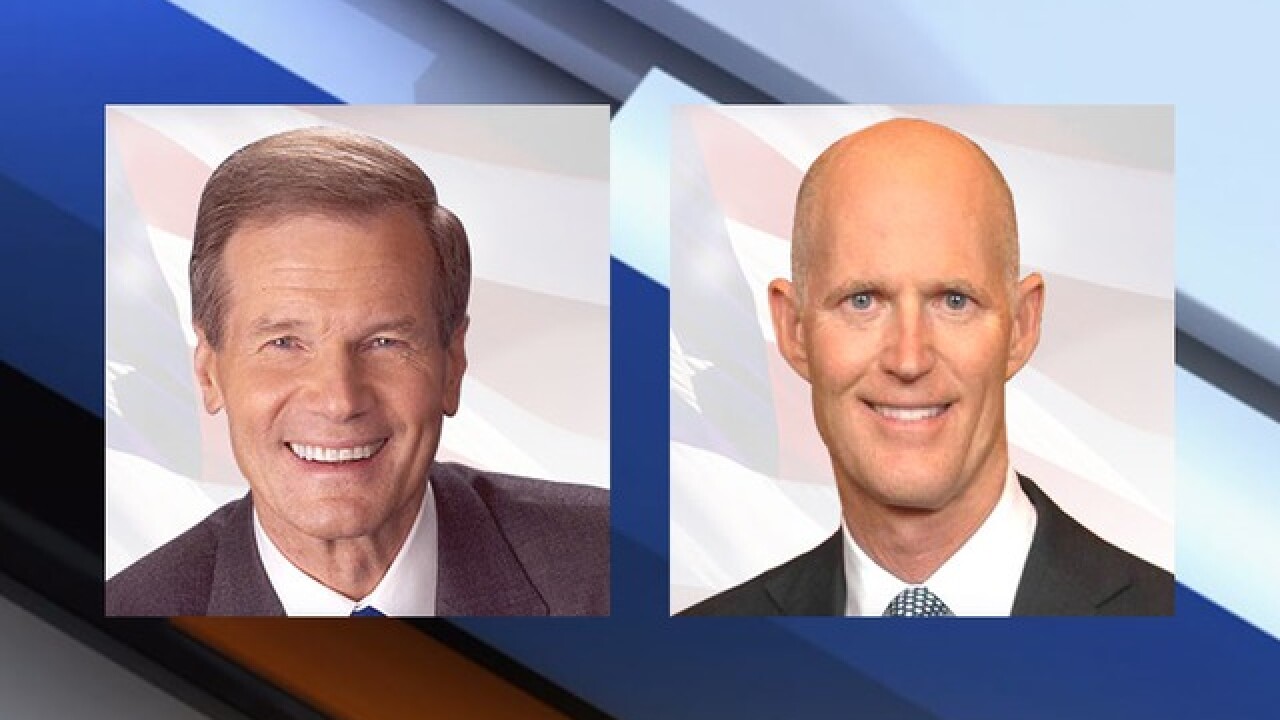 Unofficial Florida election results show that the governor's race seems to be settled after a machine recount but the U.S. Senate race is heading for a hand recount.

Unofficial results posted on a state website show the margin between U.S. Sen. Bill Nelson and Gov. Rick Scott is still thin enough to trigger a second review. State law requires a hand recount of races with margins of 0.25 percentage points or less.

RELATED CONTENT
Florida again at center of election controversy | How a recount in Florida works | Was your mail in ballot counted? | Recounts in local counties begin November 11 | Florida General Election recount timeline according to Department of State

The Pinellas County Supervisor of Elections told ABC Action News that they have received manual recount orders for US Senate and Commissioner of Agriculture.

In Hillsborough County, a manual recount has also been ordered for the State Senator District 18 race between Janet Cruz and Dana Young,

Counties have until Sunday to inspect the ballots that did not record a vote when put through the machines. Those ballots are re-examined to see whether the voter skipped the race or marked the ballot in a way that the machines cannot read but can be deciphered.

The election will be certified Tuesday.