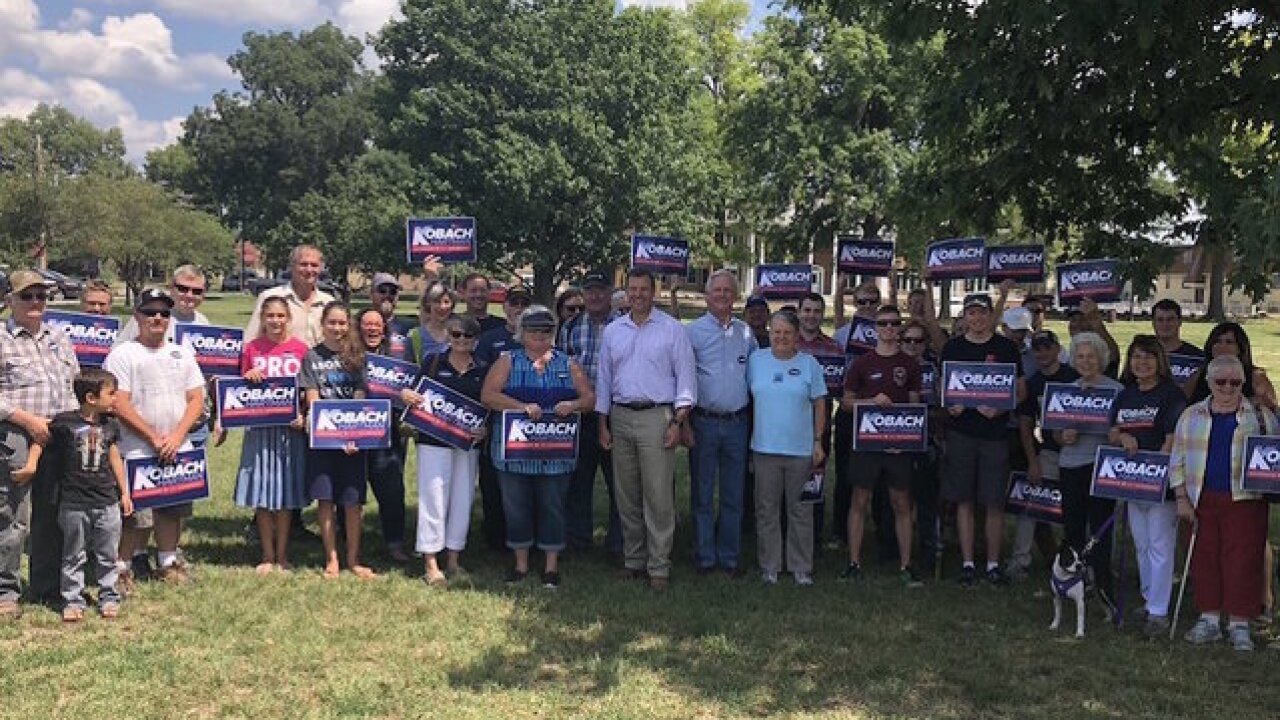 The year's race for Kansas governor has the second-largest field since 1908 — seven Republicans and five Democrats are on the ballot.

With a field so large, candidates are now paying for more ads on TV and launching bus tours. It's an effort to win your vote for the primary.

University of Kansas political science professor Patrick Miller said the crowded field could be the reason why some candidates and their running mates are taking unconventional measures. Specifically, using their own money to self-fund their campaigns.

"A lot of big donors want to support the party and they don't want to intervene in the primaries," said Miller.

Independent Greg Orman has spent $650,000 of his own money on his campaign.

Republican Secretary of State Kris Kobach's running mate, Wink Hartman, has given or loaned the campaign more than $1.5 million.

The crowded field, Miller said, could also have an impact on how many votes a candidate gets —especially on the Republican side.

These candidates are sometimes referred to as spoiler candidates, who draw votes from a major candidate with similar politics and could cause a strong opponent to consequently win.

Miller said this happened in the 2016 presidential election with Jill Stein taking voters away from Hillary Clinton.

"In the primary you have four or five candidates splitting the vote, who are all generally conservative," he said, agreeing this could give Kobach an advantage. "If you don't like his personality or his controversy, you might go vote for Jeff Colyer, who is less controversial, or Ken Selzer, Jim Barnett or any of the other candidates.

As the days get closer to primary day, Miller said to expect more knocks at the door, fliers, ads to air on TV and on the radio and so forth.

He said the candidate's final push won't necessarily be about issues but rather their personalities and stylistic differences that separate them from the others.

"In the primaries, that matters," he said.