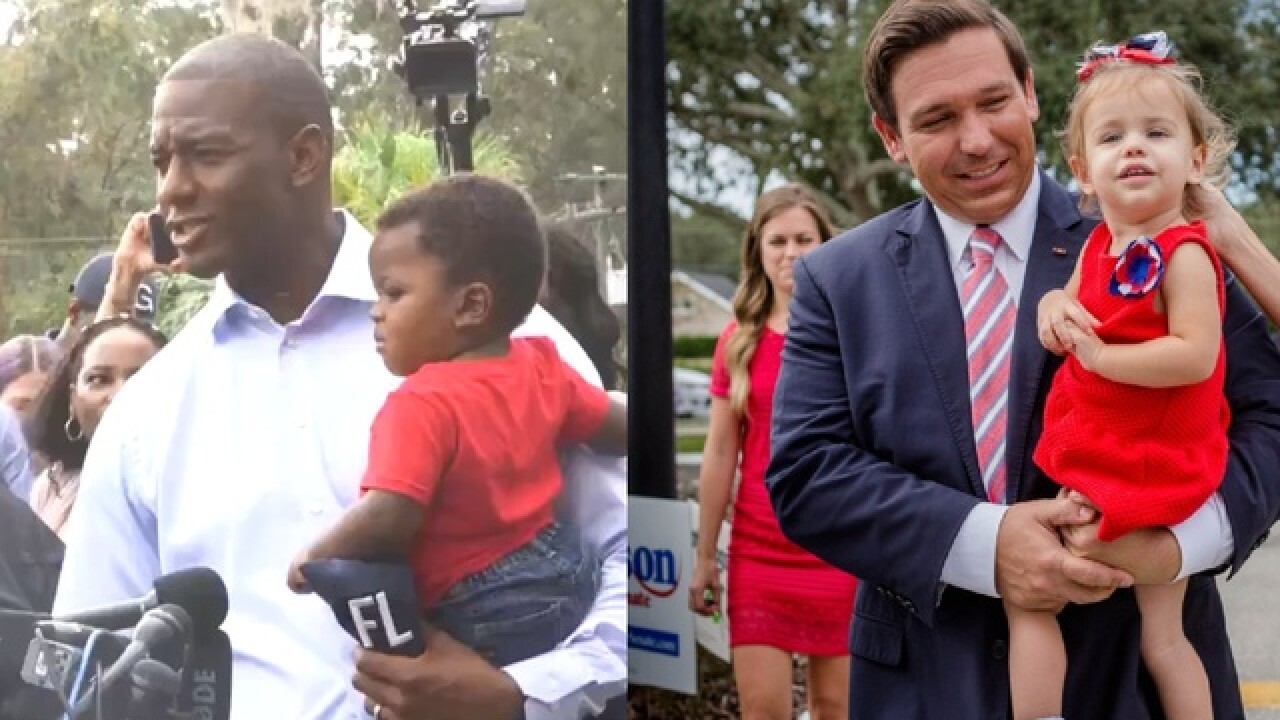 Both candidates in Florida's gubernatorial race have already filled out their ballots in Tuesday's mid-term election.

A small crowd of supporters chanted, "We want Ron!" He shook hands and thanked supporters before he and his wife, holding their children Madison and Mason, went into the polling place.

The Democratic candidate, Tallahassee Mayor Andrew Gillum and his wife R. Jai, voted Tuesday morning at a church in the northside of the city. As he left the polling place, a crowd gathered outside chanting, "Bring it home!"

Gillum talked about how he tried to keep his campaign positive despite attacks from former U.S. Rep. Ron DeSantis and President Donald Trump.

He said that winning "will send a message to Mr. Trump, and Mr. DeSantis as well, that the politics of hatred of division and separation, that they've come to an end. At least in this election."

More than 5.2 million voters cast ballots ahead of Election Day in the battleground state, and records show that Democrats have a slight edge.

New statistics released Tuesday by the state Division of Elections show that more than 2.7 million people voted early, and nearly 2.5 million people have voted by mail.

Democrats have cast more than 2.1 million ballots. Republicans have cast 2.08 million. More than 973,000 voters with no party affiliation have also voted.