Dallas police ID 3 suspects in the murder of Joshua Brown, a witness in the Amber Guyger trial

One suspect has been arrested 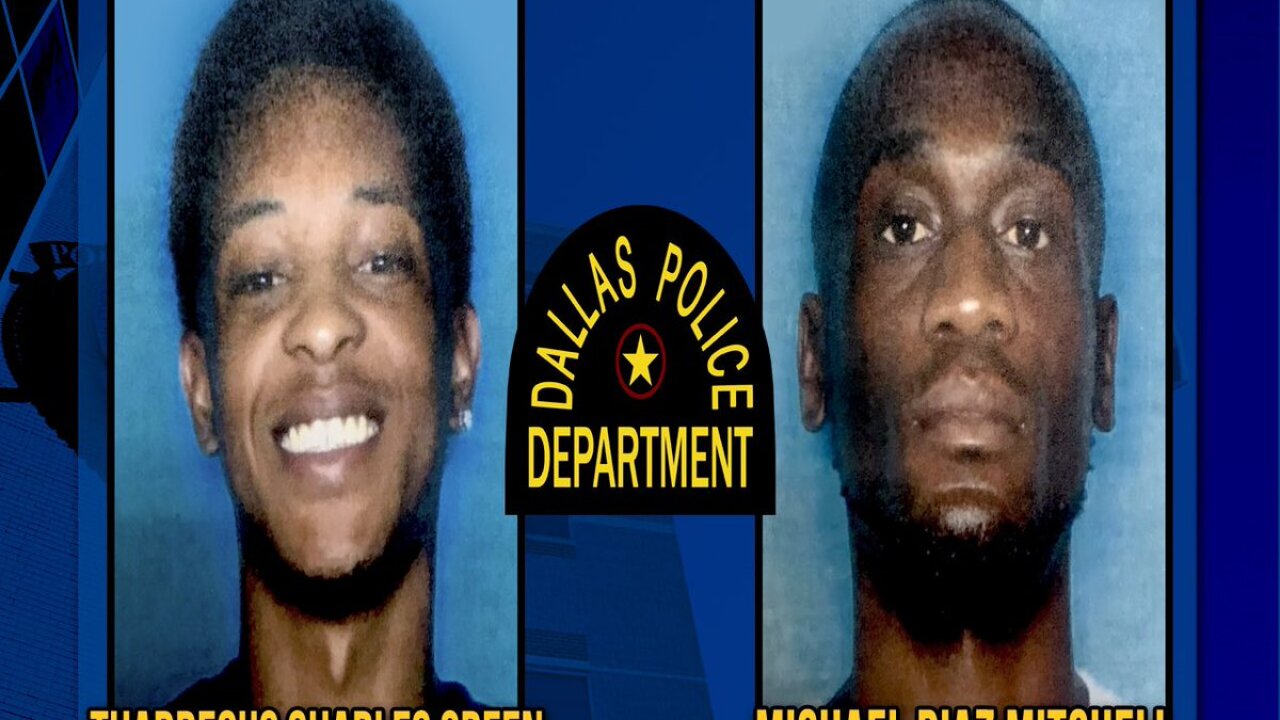 Three suspects have been identified in the murder of Joshua Brown, a witness in the trial of former Dallas police officer Amber Guyger, who was convicted of murdering her neighbor Botham Jean.

Jacquerious Mitchell, Michael Mitchell and Thaddeous Green have been named as suspects in the shooting death of Brown, authorities said Tuesday.

Jacquerious Mitchell, 20, is in custody, Assistant Chief of Police Avery Moore said at a news conference Tuesday. The other two suspects are being sought.

According to Dallas police, the suspects traveled from Alexandria, Louisiana, to purchase drugs from 28-year-old Brown.

According to Jacquerious, Green, 22, contacted Brown to purchase drugs, authorities said. The two got into a physical altercation, police said. Jacquerious exited his vehicle and Brown shot him in the chest. Jacquerious fell and heard two gunshots, police said at the press conference. Jacquerious told police Green shot Brown twice in the lower body. Green then allegedly took Brown’s backpack and the gun used to shoot Jacquerious and they sped off. Michael Mitchell, 32, was named as the driver.

"Jacquerious is driven to the hospital and where he is now in police custody," Dallas police said. "Warrants will be executed for him and the other two suspects for Capital murder."

Police said they confiscated 12 pounds of marijuana, 149 grams of THC cartridges and $4,157 in cash from Brown's apartment after executing a search warrant.

"The rumors shared by community leaders that Mr. Brown’s death was related to the Amber Guyger trial and that DPD was responsible are false," police said. "We encourage those leaders to be mindful because their words may jeopardize the integrity of the city of Dallas and DPD."

Brown was found in a parking lot outside an apartment building with multiple gunshot wounds two days after Guyger was convicted of murder.

Guyger fatally shot her neighbor, Jean, in September 2018. The former police officer testified that she thought the apartment she entered was her own and that Jean was an intruder. She was sentenced to 10 years in prison.

Brown lived across the hall from Jean at Dallas' South Side Flats apartments, where Guyger killed Jean. He was a key witness in Guyger's trial.

Through the dedicated work of the DPD homicide detectives, we have identified 3 suspects in the murder of Joshua Brown. Jacquerious Mitchell B/M age 20, Michael Mitchell B/M age 32 and Thaddeous Green B/M age 22 pic.twitter.com/v0vikYEpD4