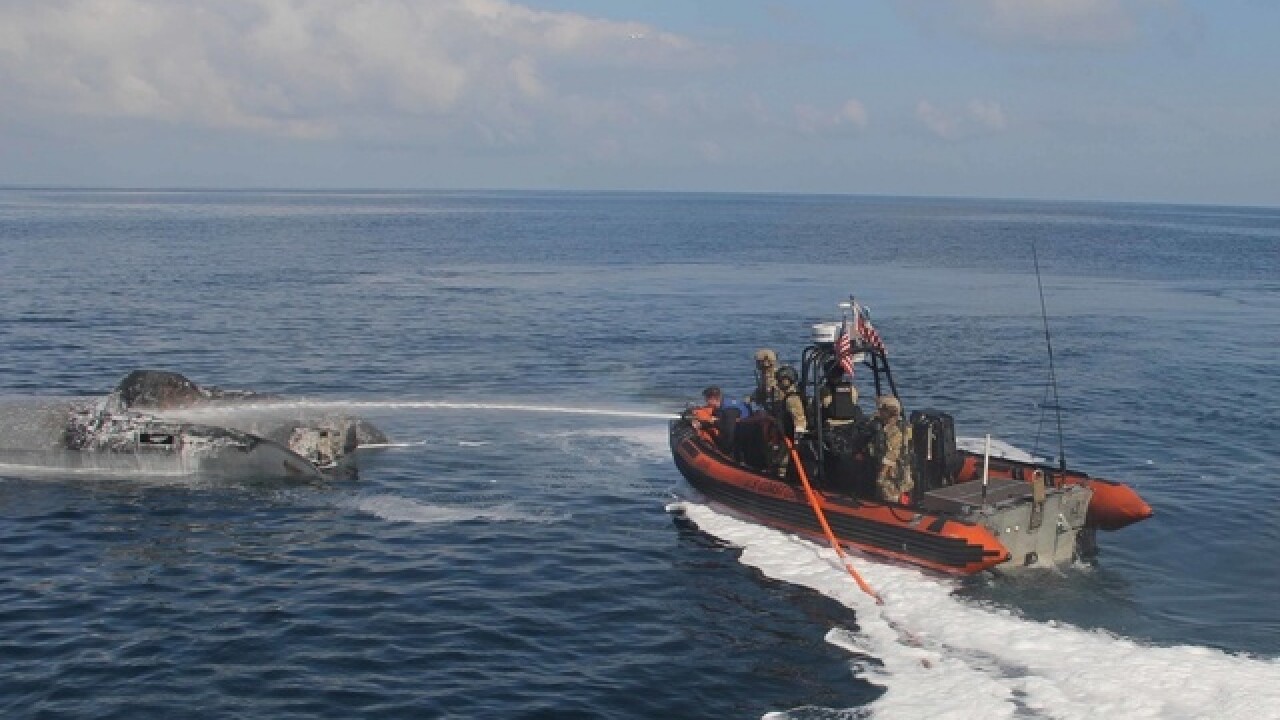 Copyright 2018 Scripps Media, Inc. All rights reserved. This material may not be published, broadcast, rewritten, or redistributed.
Credit: Petty Officer 1st Class Mark Barney
<p>Members of the U.S. Coast Guard and Navy aboard an interceptor boat launched from Cyclone-class patrol coastal USS Zephyr (PC 8) work to extinguish a fire on a suspected smuggling vessel in international waters of the Eastern Pacific Ocean April 7, 2018. All four suspected smugglers who jumped from the boat that went ablaze as Coast Guard and Navy crews approached to intercept it were rescued, the fire was extinguished and approximately 1,080 pounds of cocaine was removed from the hull before it was sunk as a hazard to navigation. (U.S. Coast Guard photo)</p> 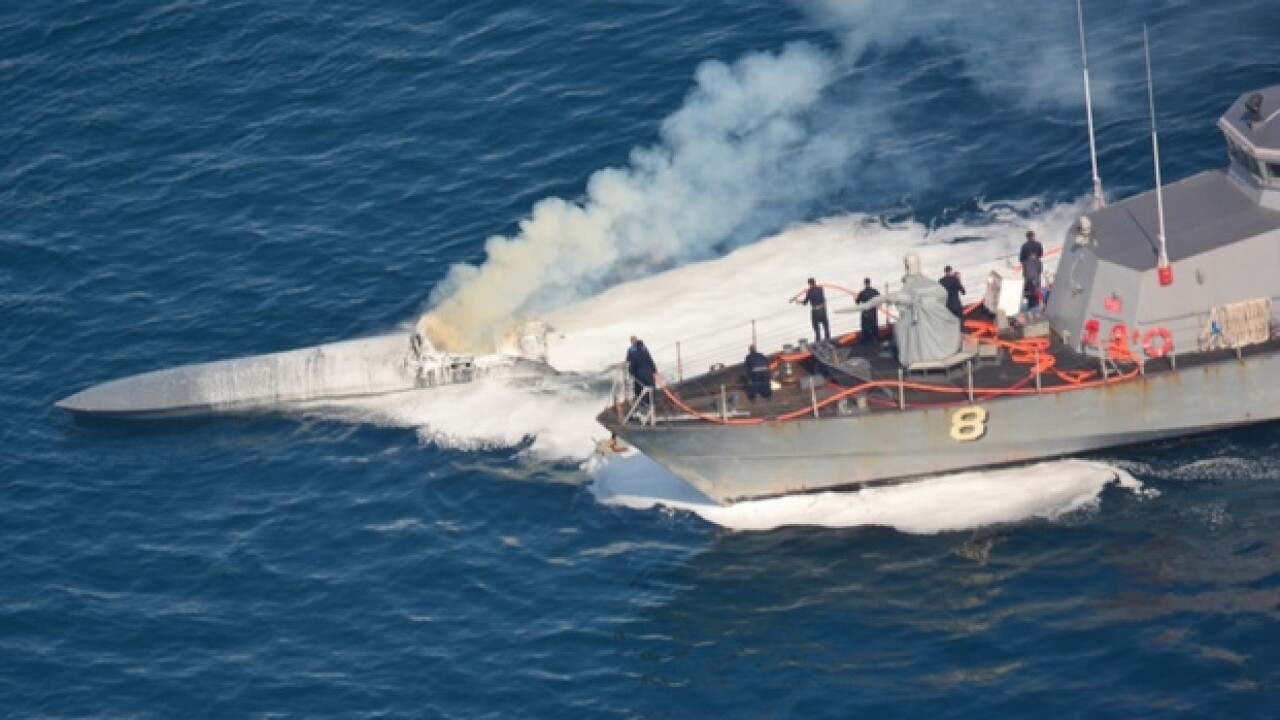 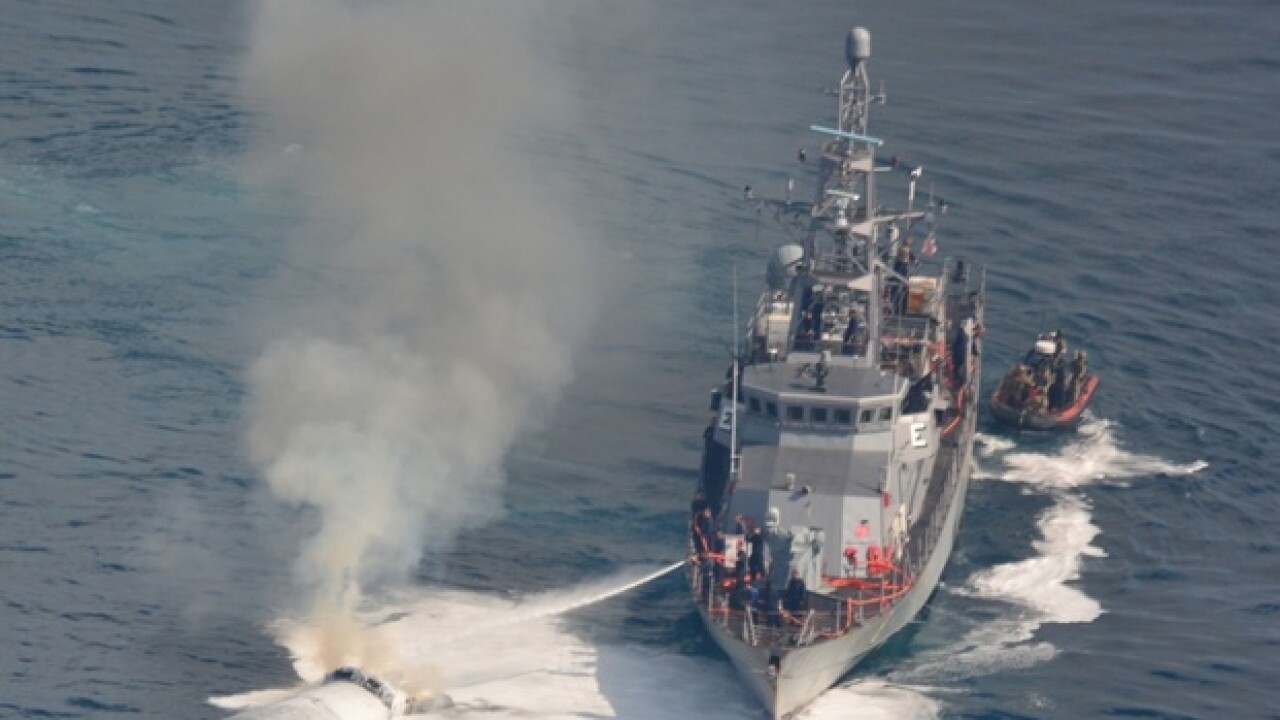 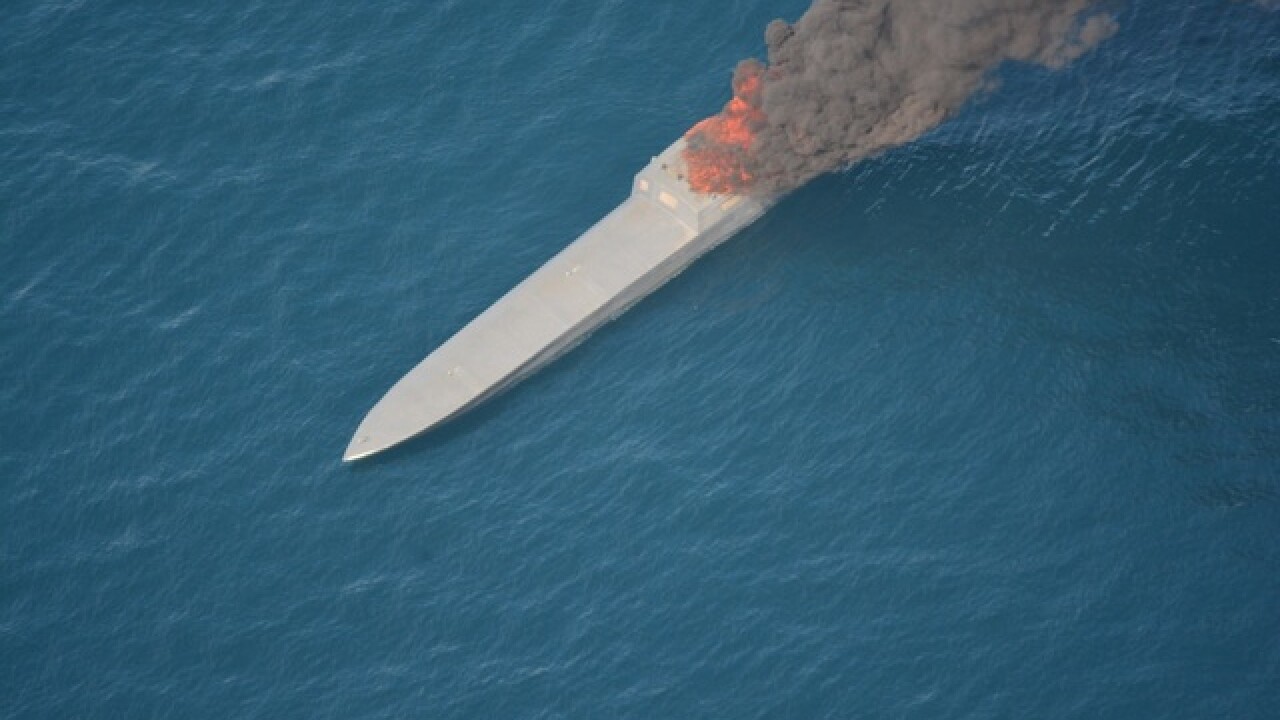 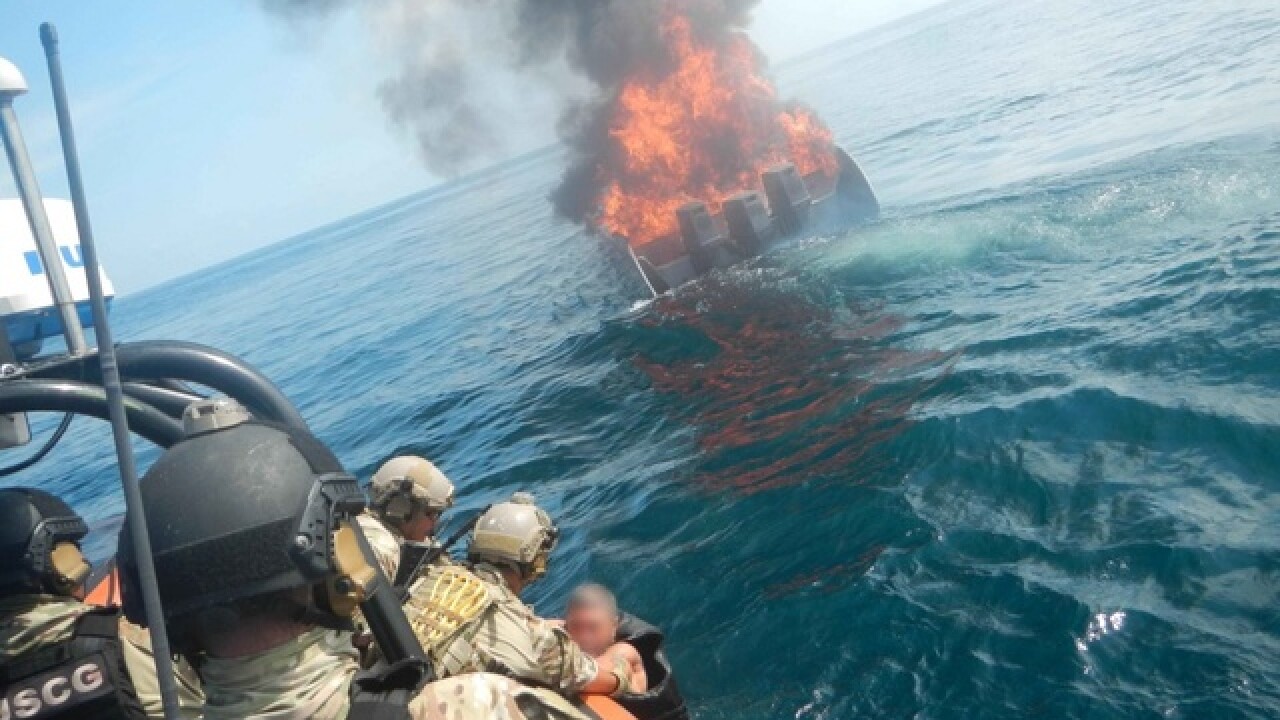 (KGTV) - Suspected drug smugglers were rescued by U.S. Coast Guard crews this month after their vessel erupted into flames before sinking.

As crews prepared to intercept the vessel, the suspected smugglers allegedly began abandoning their cargo and jumped from the boat as it caught fire.

"There was no doubt in our minds what needed to be done to salvage the evidence needed for a successful prosecution even if it meant laying Zephyr alongside a burning hull, with the intense heat and acrid smoke hindering our 90-minute firefight," Lt. Cmdr. Grant Greenwell, the commanding officer of the Zephyr, said.

After putting out the fire, crews say they recovered about 1,080 pounds of cocaine. The four suspected smugglers were transferred to custody aboard the Zephyr.

The suspected drug vessel was severely damaged and sunk as it was a hazard to navigation.