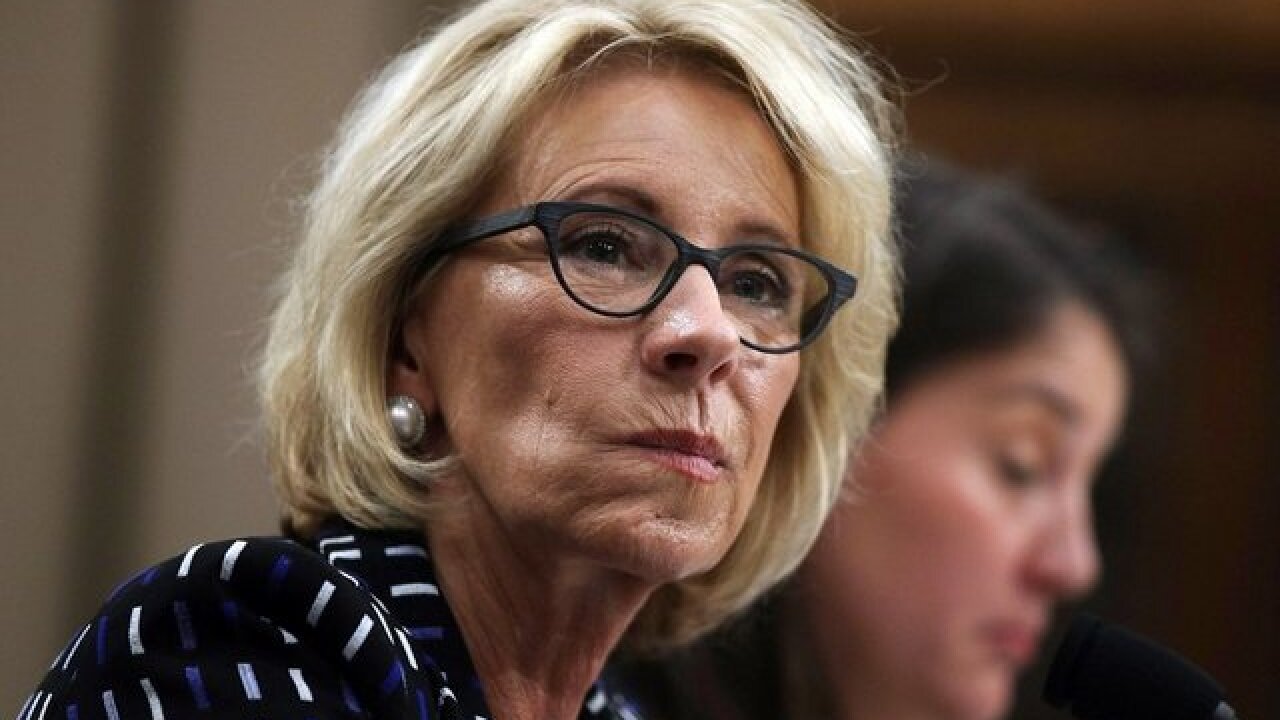 The Department of Education said Thursday that it would wipe away student debt for 15,000 borrowers, implementing an Obama-era rule that Secretary Betsy DeVos has fought to block for more than a year.

The debt cancellations will total about $150 million.

The rule, known as Borrower Defense to Repayment, was designed to help students cheated by for-profit colleges get relief on their education debt.

The announcement comes about two months after a federal judge ordered immediate implementation of the rule. The judge had sided with attorneys general from 18 states and the District of Columbia who sued DeVos for delaying the rule while she worked on rewriting it.

Those students who will immediately see their loans canceled were at schools that closed while they were enrolled. About half of the debt was owed by borrowers who attended one of the now defunct for-profit Corinthian Colleges.

The network of schools folded in 2015 after it was fined $30 million by the government for misleading prospective students with inflated job placement numbers. At the time, about 16,000 students were enrolled at its remaining 28 campuses.

But the rule also was designed to make it easier for students to apply for relief if they believe their schools misled them, by inflating job placement rates, for example -- even if they weren't enrolled when the schools closed.

Many of those students still have debt relief applications pending.

"This is a good first step, but it's not good enough," said Democratic Sen. Patty Murray, a senior member of the Senate committee on education, in a statement.

"I call on Secretary DeVos to abandon her attempts to rewrite the borrower defense rule to let for-profit colleges off the hook and instead fully implement the current rule and provide relief to more than 100,000 borrowers who were cheated out of their education and savings," she said.

The Department of Education will begin emailing borrowers on Friday to notify them that their debts from the loans will be canceled within the next 30 to 90 days.