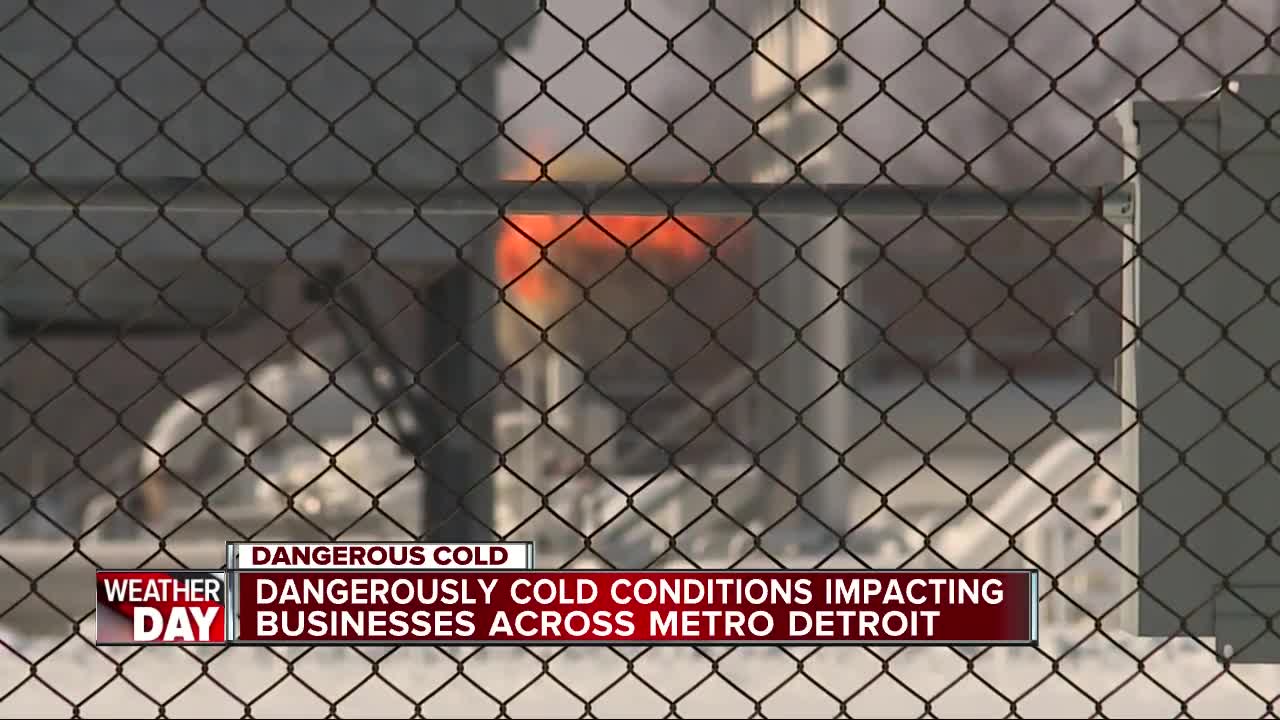 General Motors has stopped work at a dozen different manufacturing sites in Michigan amid a plea from Gov. Gretchen Whitmer and Consumers Energy to turn down their heat to 65 degrees until Friday after a utility fire at a Consumers facility in Macomb Township.

General Motors has stopped work at a dozen different manufacturing sites in Michigan amid a plea from Gov. Gretchen Whitmer and Consumers Energy to turn down their heat to 65 degrees until Friday after a utility fire at a Consumers facility in Macomb Township.

Whitmer announced a state of emergency regarding the state's usage of natural gas amid record-breaking cold hitting the area. Wind chills are expected to be in the -30s again on Thursday after staying below zero the entire day on Wednesday.

Patti Poppe, president and CEO of CMS Energy & Consumers Energy went live on the company's Facebook page to ask customers to reduce their usage. Gov. Gretchen Whitmer also followed up with a live briefing on the issue, declaring a state of emergency. Whitmer asked residents to turn their thermostats to 65 degrees or lower until noon Friday.

“As a result of an unexpected incident at a Gas Compressor station this morning in Southeast Michigan, we are asking customers to temporarily reduce gas usage at this time while we continue to contain the incident and help keep Michigan residents warm during this cold spell,” Garrick Rochow, Senior Vice President of Operations for Consumers Energy said.

After the announcement, GM said it will suspend operations at several sites after a request from Consumers. That will help them manage supply issues brought on by both the extreme temperatures and equipment issues.

There are exceptions to the announcement, including the Milford Proving Ground, GM Renaissance Center, Willow Run and Ypsilanti CCA facilities and the Center for Human Resources. Those sites are powered by DTE Energy, and employees at thoselocations should report to work.

Hourly and salaried employees at impacted GM manufacturing facilities should call their plant hotline or the following number for details: 1-877-464-6854 (1-877-GMHOTLIne).

Ford also announced that they have lowered temperatures as the Livonia Transmission Plant and Van Dyke Transmission Plant to minimum levels. They also stopped heat treatment processes at the Sterling Axle Plant and stopped paint process and parts of stamping operations at the Michigan Assembly Plant.

Fiat Chrysler also canceled the first shifts of production for Thursday at its Warren Truck and Sterling Heights Assembly palnts. Second shift employees are being asked to stay tuned for more information.