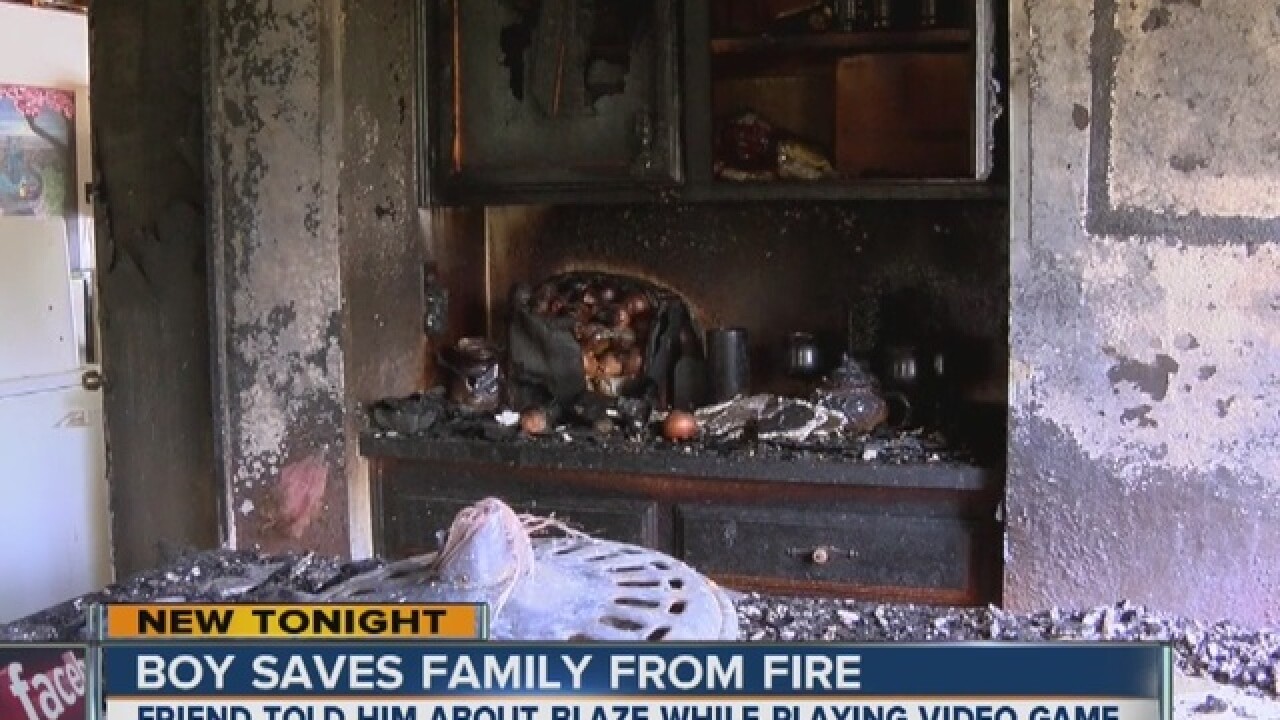 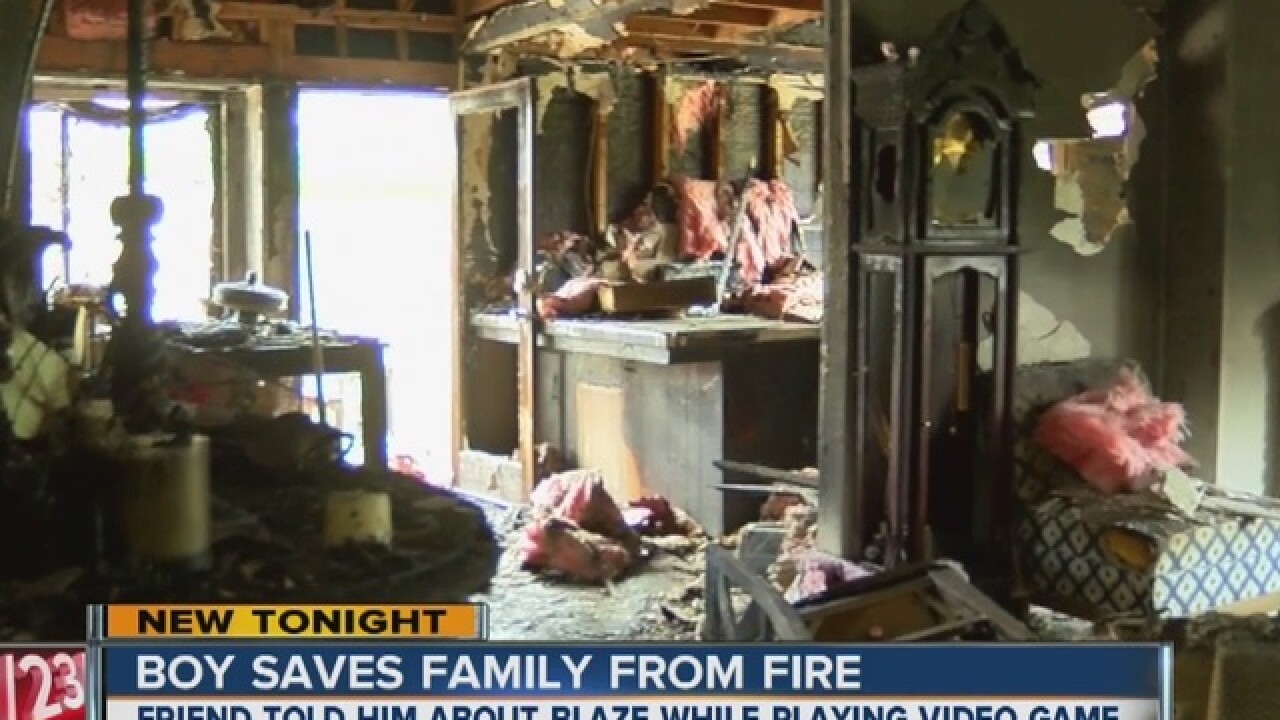 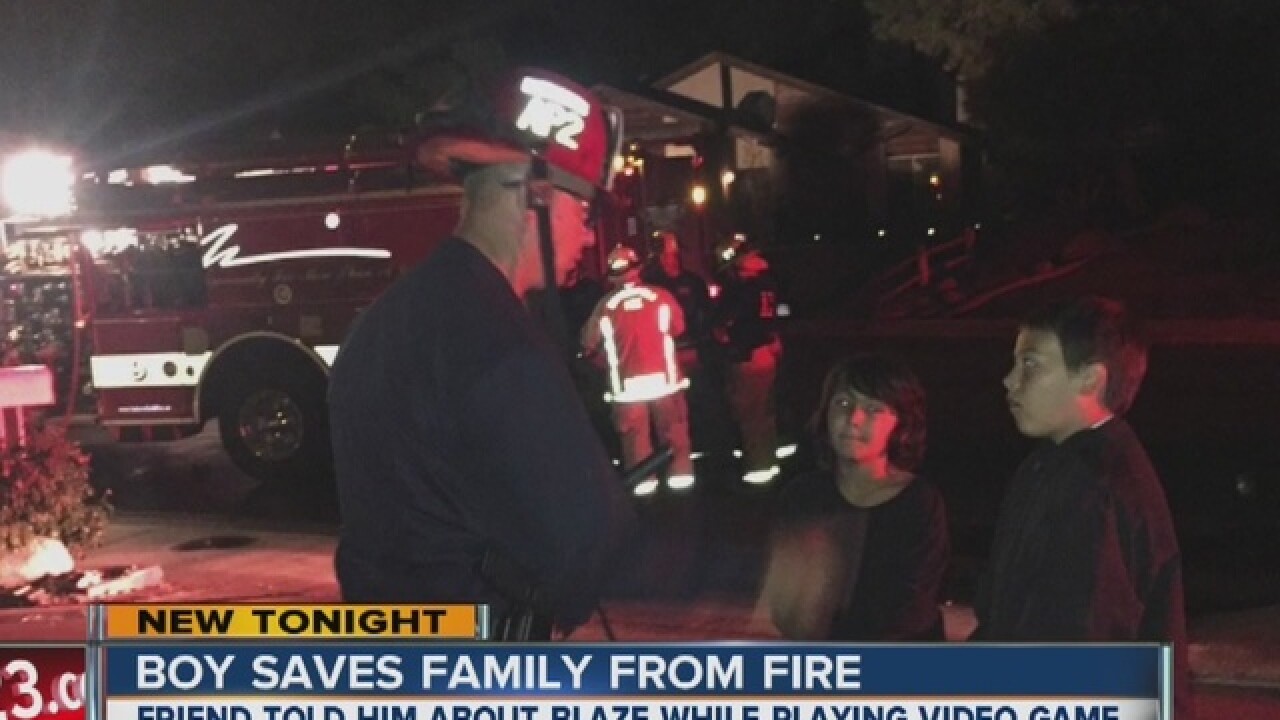 An 11-year-old boy, Ethan Peterson, was staying the night at his aunt and uncle's house in Bakersfield, Calif. Monday night and was up late playing Rainbow Six Seige on Play Station 4. His cousin, Julius Peterson, was also in the room, but had fallen asleep.

Ethan was playing live online with a friend from out of town when his friend told him he could hear beeping coming from Ethan's end of the game. Ethan said he took off his headphones, and that's when he could hear the smoke alarm going off.

"I was playing the PS4 right here and then my friend asked me what is that sound going off in the background and I take off the headphones and I hear alarms," said Ethan Peterson.

After that, Ethan said he walked out of the room and saw huge flames in the kitchen, but that's when he sprang into action.

"The door was shut and I was screaming, fire! Fire!" said Ethan as he described alerting his aunt and uncle.

Then he went back in the room and tried to wake up his cousin Julius.

The aunt and uncle, Lisett and Archie Peterson woke up, thanks to Ethan, and ran out of the house. It was then that they realized Julius was still inside. Lisett Peterson ran back in and tried waking Julius up, but found him unresponsive.  Archie Peterson was right behind her and picked up Julius as they both ran out.

Archie Peterson said he inhaled so much smoke that he passed out momentarily as he got to the door and then got back up a few seconds later.

The fire department extinguished the flames and took a moment to tell Ethan he did everything right.

The Petersons also have two young girls who decided last minute to stay the night at their aunt and uncle's house overnight. Lisett Peterson said she believes everything happens for a reason and the entire family credit Ethan for saving their lives.

Ethan credits his stepdad for always talking to him about what to do in a fire.

"I'm glad that my son was smart enough to go and wake up the parents you know and try to wake up his little cousin," said Amy Escobedo. "I'm really proud of my son, he's really -- he's a hero."

Ethan said he's getting used to being called a hero and likes the way it feels.

The family has set up a GoFundMe account, if you'd like to donate you can do so here.