Trump supporters camp out ahead of president's visit 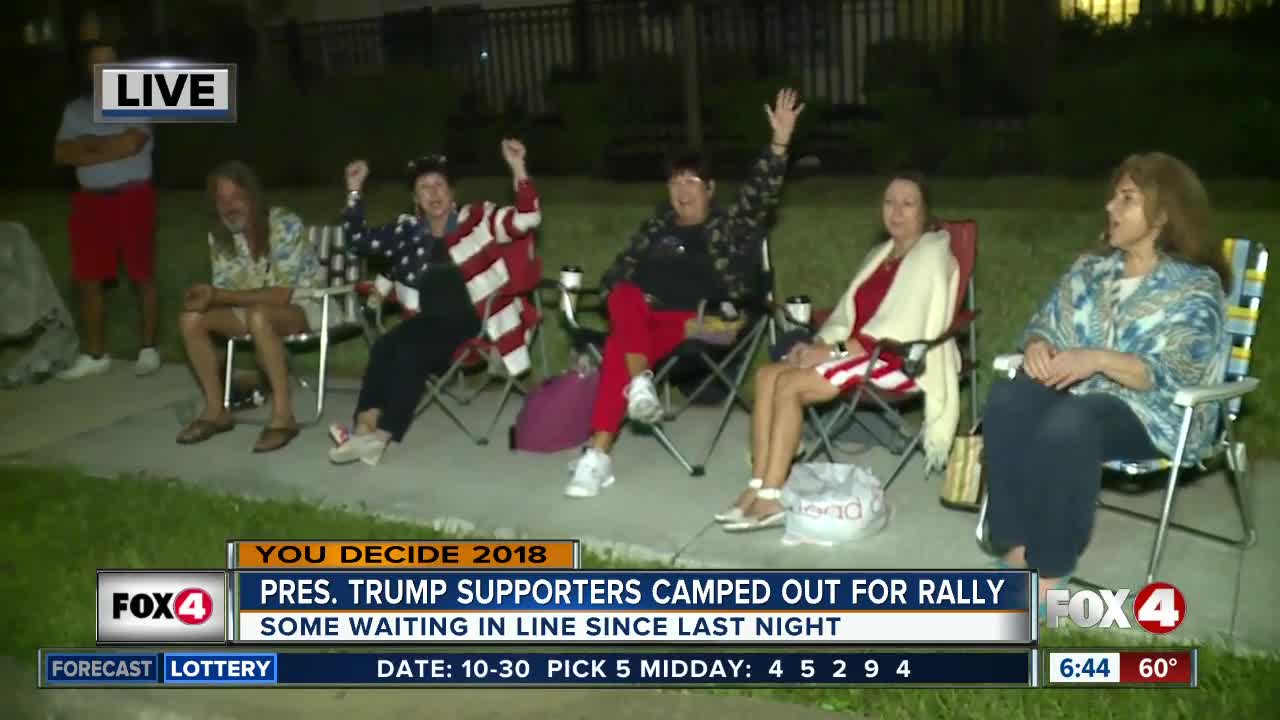 Crowds are gathering already at Hertz Arena, more than 12 hours before President Trump holds a rally there. 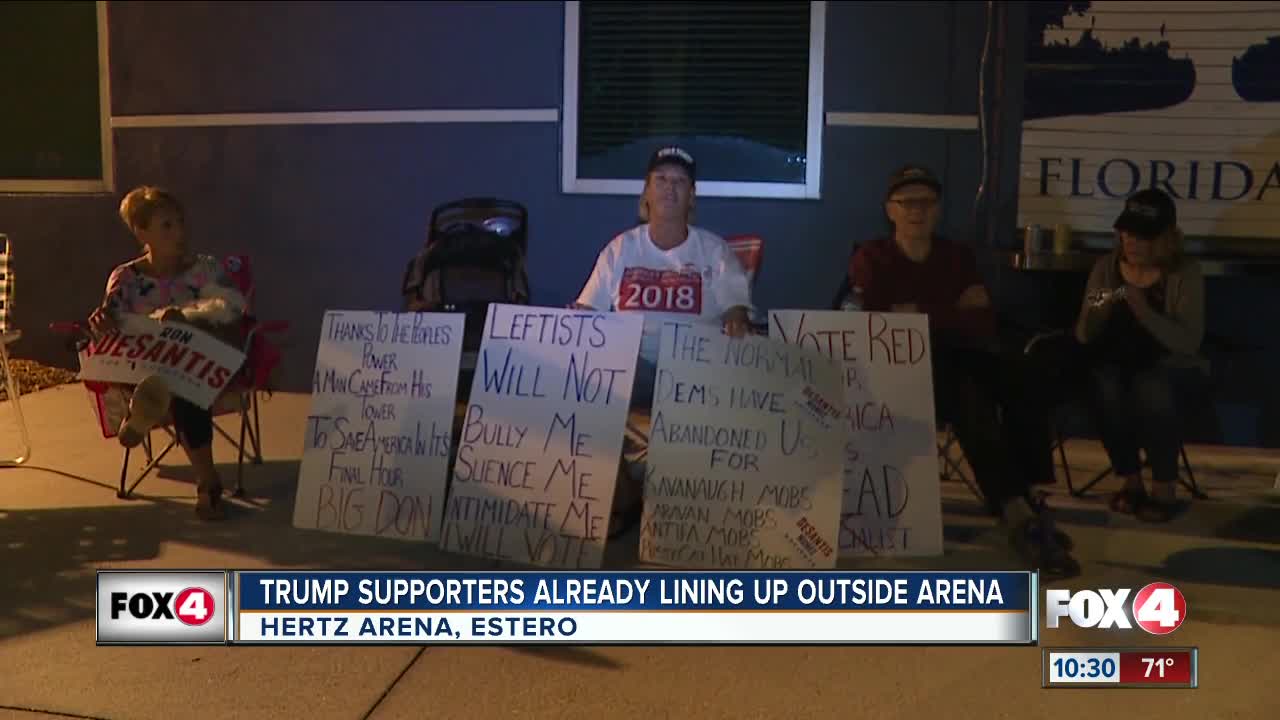 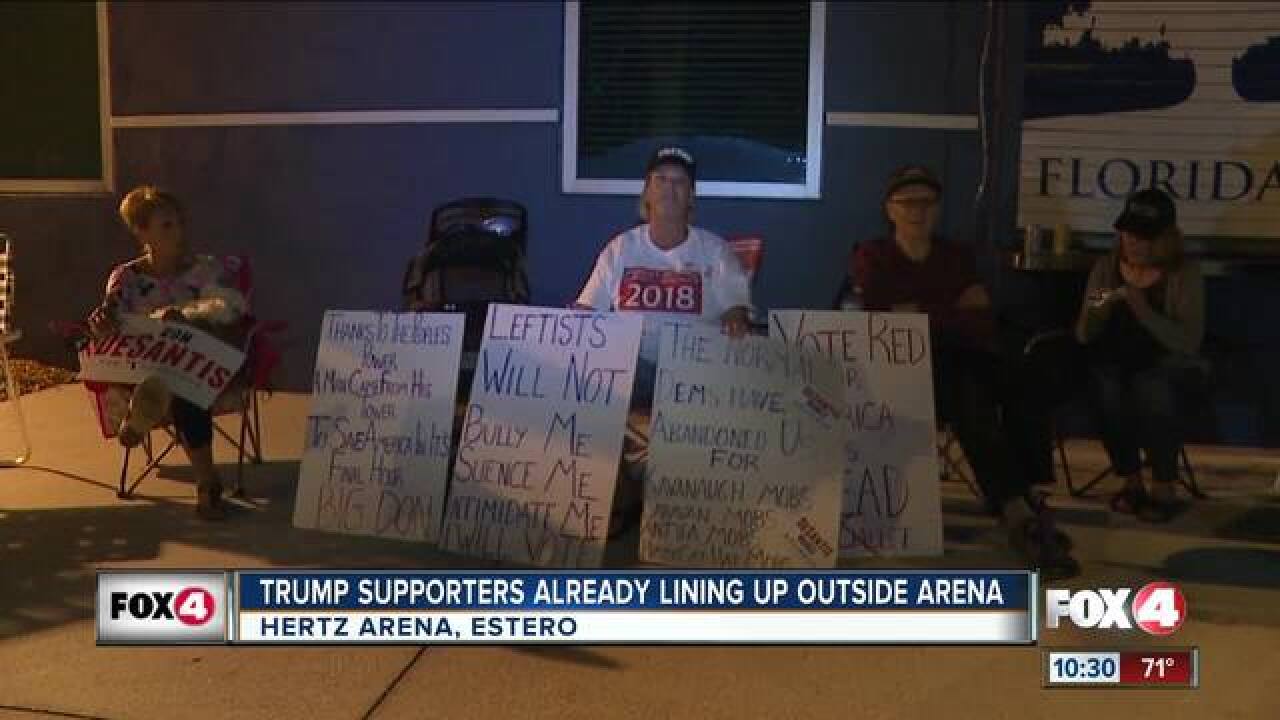 “We get to know each other. The crowds you stand next to in line…standing here for hours and hours. It’s just respect,” he said.

“You find people who believe the way you do. There’s safety in numbers,” said another supporter.

She added it's safety that the president is working to keep. “And our President is fighting for us. Us. All of us. Everyone of us,” she added.

"Latinos for Trump!” said Freddy Aldana who drove from Miami to hear the president speak.  “To come and spend the night in line and hopefully watch the President,” Aldana added.

But an event staff member at Hertz made it clear they won’t allow that. He told everyone they must leave by midnight to secure the area.

A supporter said she’d leave by the deadline, and has one message for the President. “We are so grateful. You saved our country. We back you. We are not being separated from you,” she said.

Many remained on the scene all night long and the crowds continued to grow early Wednesday morning.