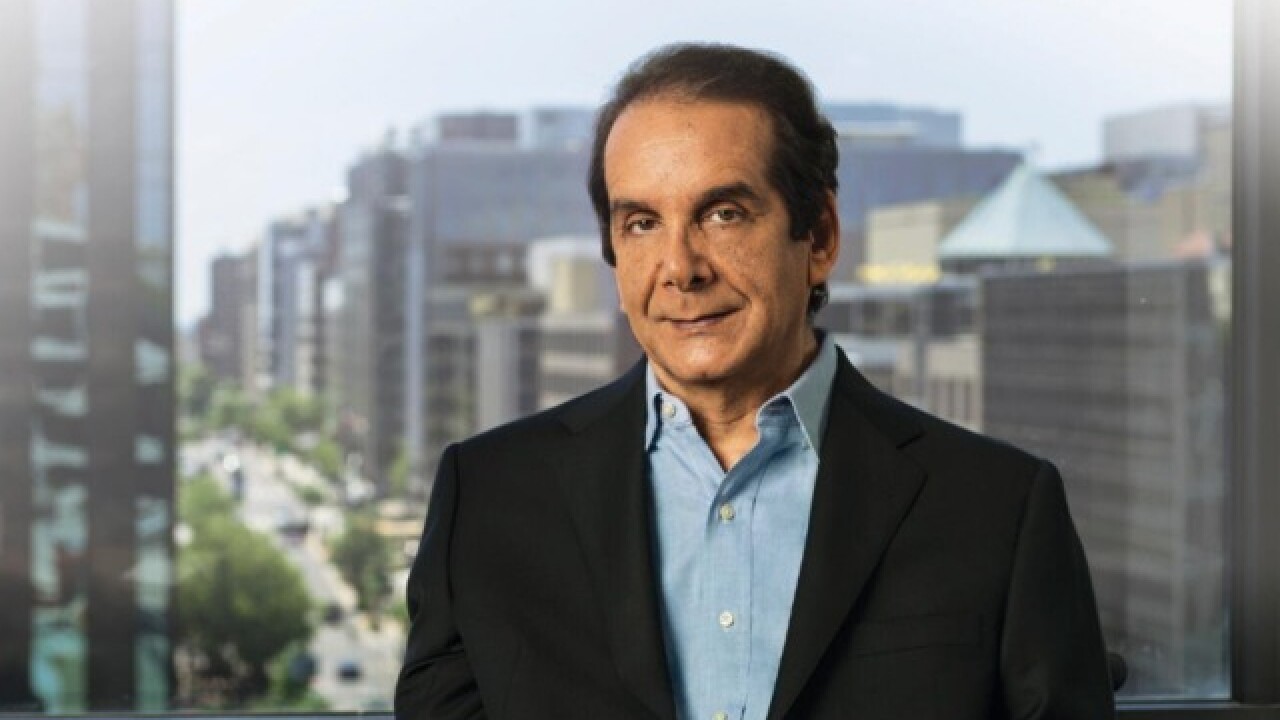 Krauthammer wrote on June 8 that his battle with cancer was almost over and he only had weeks to live.

Krauthammer informed readers that he had been quiet for the previous 10 months as he had complications following an August 2017 surgery that removed a cancerous tumor from his abdomen.

"I leave this life with no regrets," Krauthammer wrote in what ended up being his final column. "It was a wonderful life — full and complete with the great loves and great endeavors that make it worth living. I am sad to leave, but I leave with the knowledge that I lived the life that I intended."

Krauthammer joined the staff of the Washington Post in 1985, and he quickly became an nationally acclaimed columnist. By 1987, his work at the Post had earned him a Pulitzer Prize.

In 1990, he became a panelist on the PBS program "Inside Washington," and remained with the program until its demise in 2013.

He also was a nightly panelist on "Special Report with Bret Baier" on Fox News.