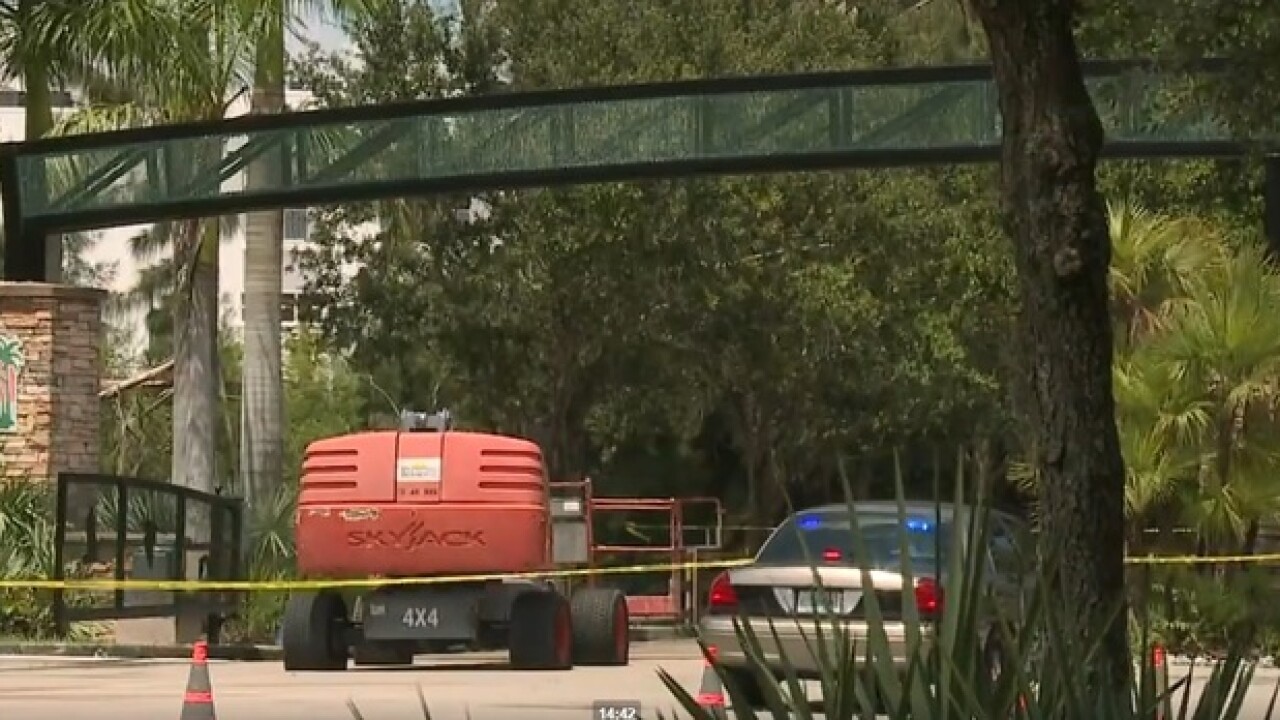 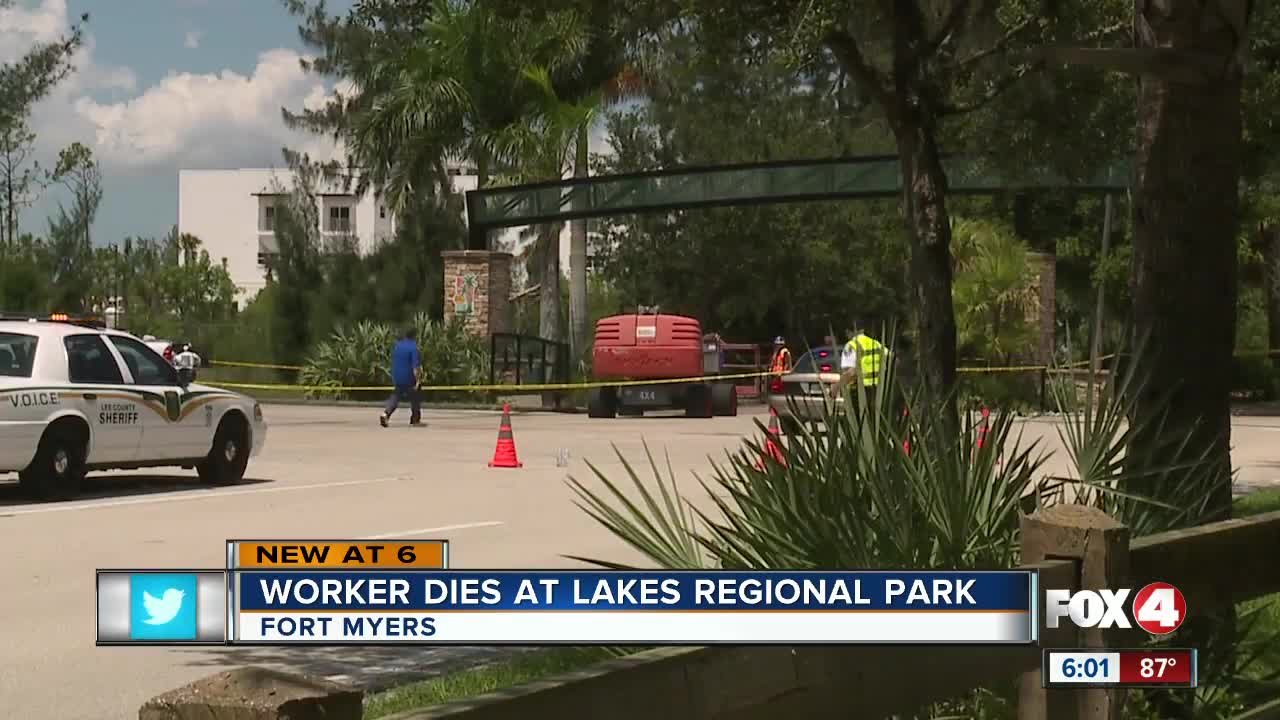 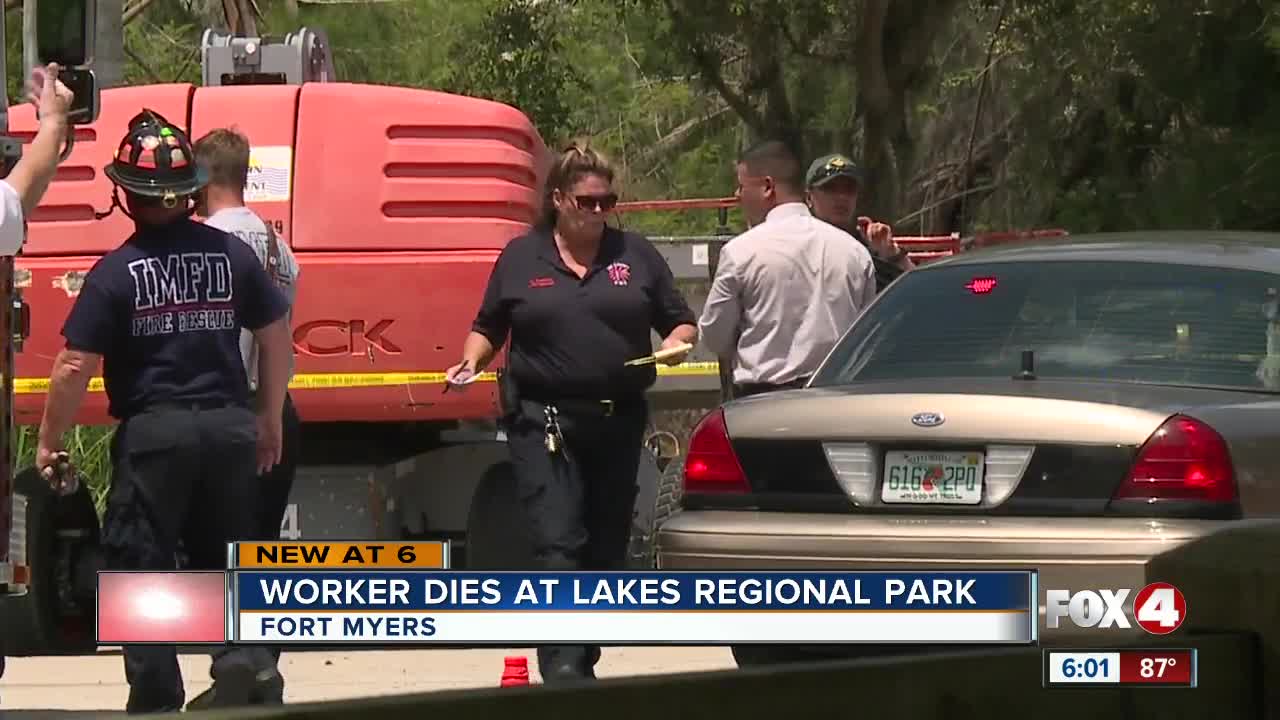 FORT MYERS, Fla. -- Investigators are working to find out what caused the death of a painter at the entrance to Lakes Regional Park on Thursday.

According to South Trail Fire Rescue, the victim was working on a lift near the arched entryway to the park off Gladiolus Drive when the death occurred.

Deputies and the fire department discovered a worker severely injured high above the ground in a boom lift. The victim, Manreh Gene Crenshaw, 41, was found pinned between the boom lift and the Lakes park entrance arch. He was declared deceased on scene.

MORE: Photos from the scene

The park remains open and accessible to the public. The entrance and exit traffic pattern has been slightly modified to accommodate the ongoing investigation.