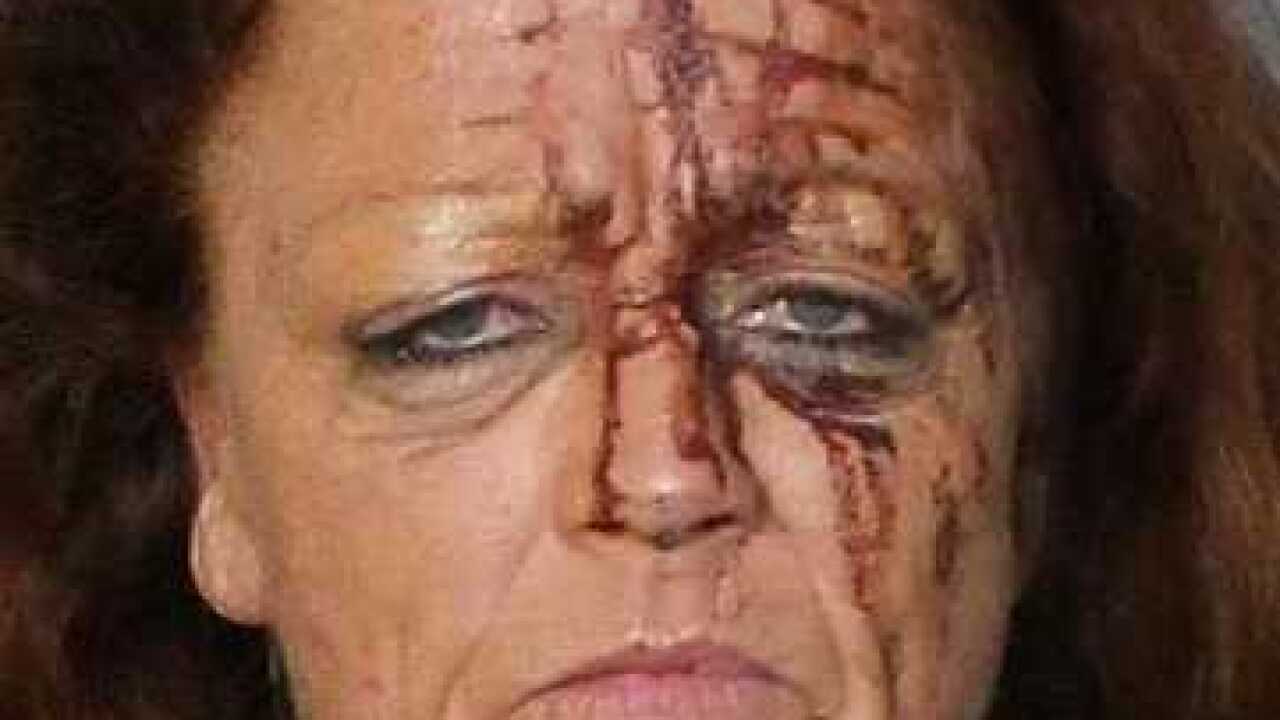 Copyright 2018 Scripps Media, Inc. All rights reserved. This material may not be published, broadcast, rewritten, or redistributed.
<p>Valerie Bentley</p> 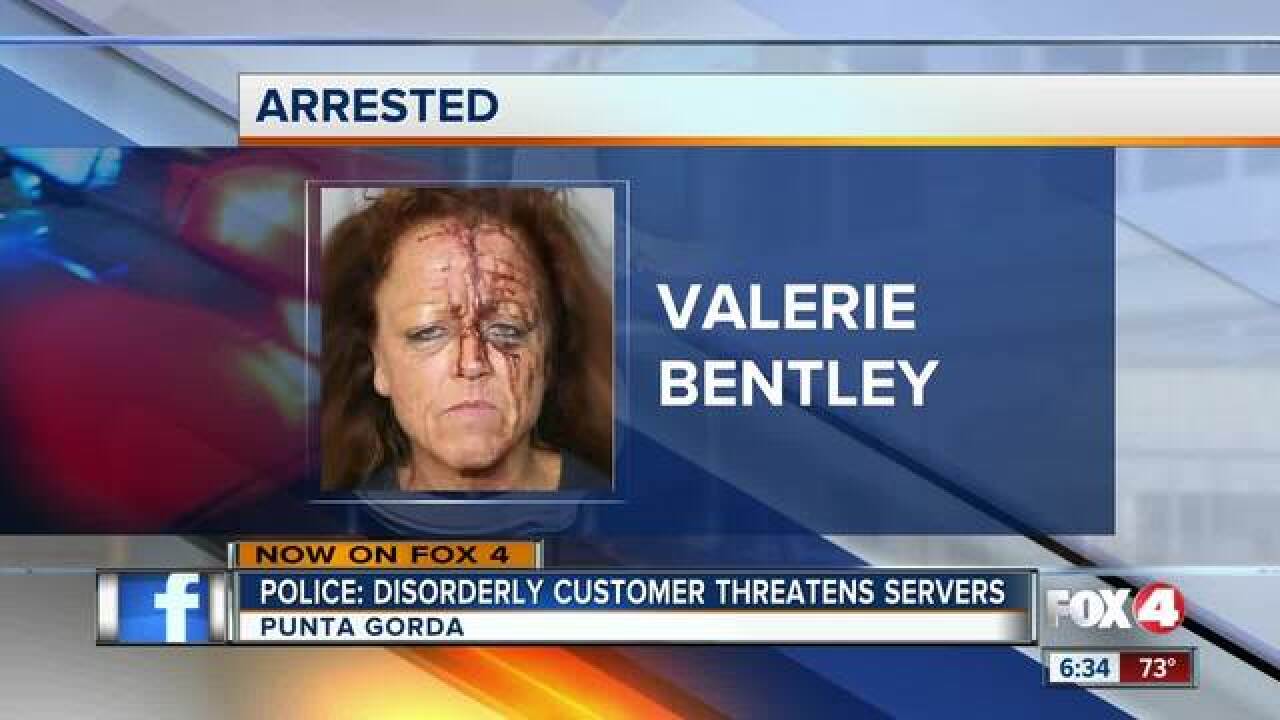 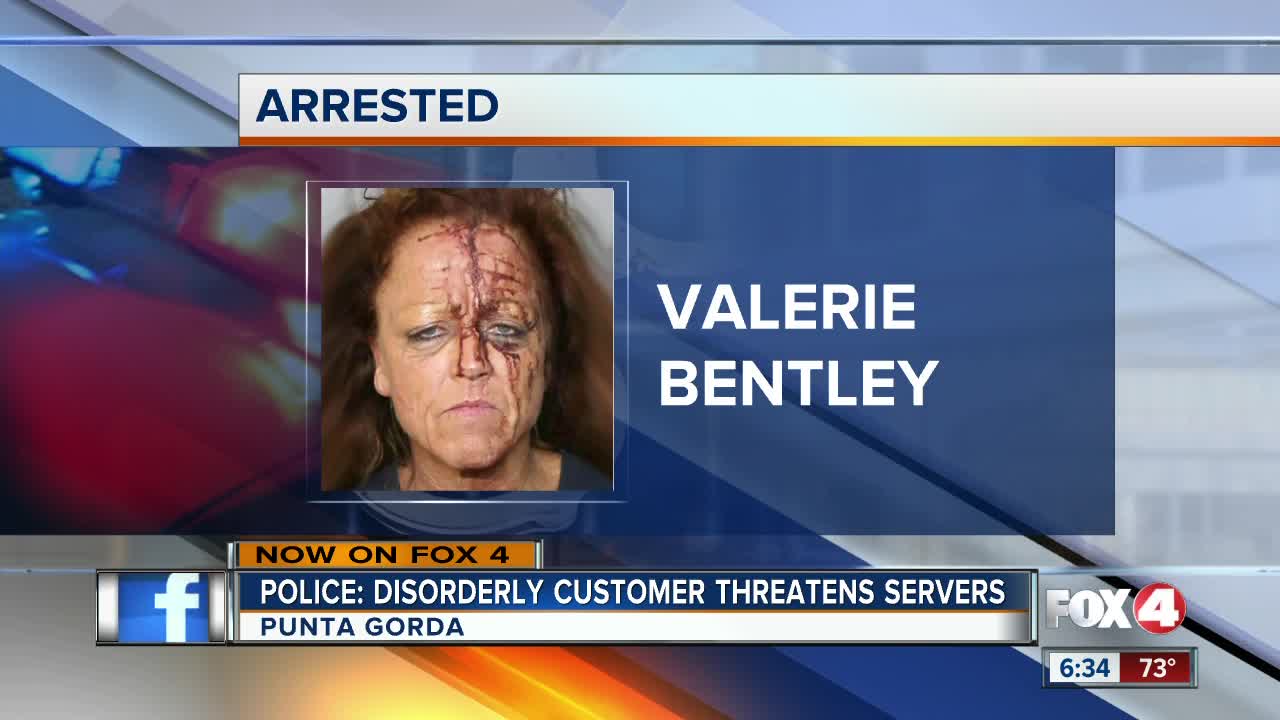 CHARLOTTE COUNTY, Fla. -- A woman accused of threatening a server and trying to walk out on a tab later banged her head in the patrol car.

Punta Gorda Police say this happened June 6th at Downtown Gatorz. That’s where servers told police that 48-year-old Valerie Bentley caused a disturbance, cursing at the servers and even threatening them.

Police say Bentley had a previous trespass issued during an August 2017 incident at the same bar.

The officer reports that while at the scene, Bentley was “very intoxicated” and could not stand without using something for balance.

When police escorted her out the bar, they say she started kicking at them and screaming, and even repeatedly banged her head inside the patrol car, causing blood to gush down her face and damaging the interior of the patrol car.

The officer then took her to Bayfront Health Punta Gorda, where she continued her violent behavior and refused to cooperate with staff.  The arrest report states that Bentley used several racial slurs at people in the hospital, and damaged a door by kicking it.

Bentley’s head wounds were considered superficial by hospital staff, and she refused treatment.

Officers were forced to place a spit mask and leg restraints on Bentley in order to transport her to the Charlotte County Jail.

Bentley was charged with Trespass after Warning and awaits a bond.