Woman's purse stolen while shopping, how you keep your valuables safe 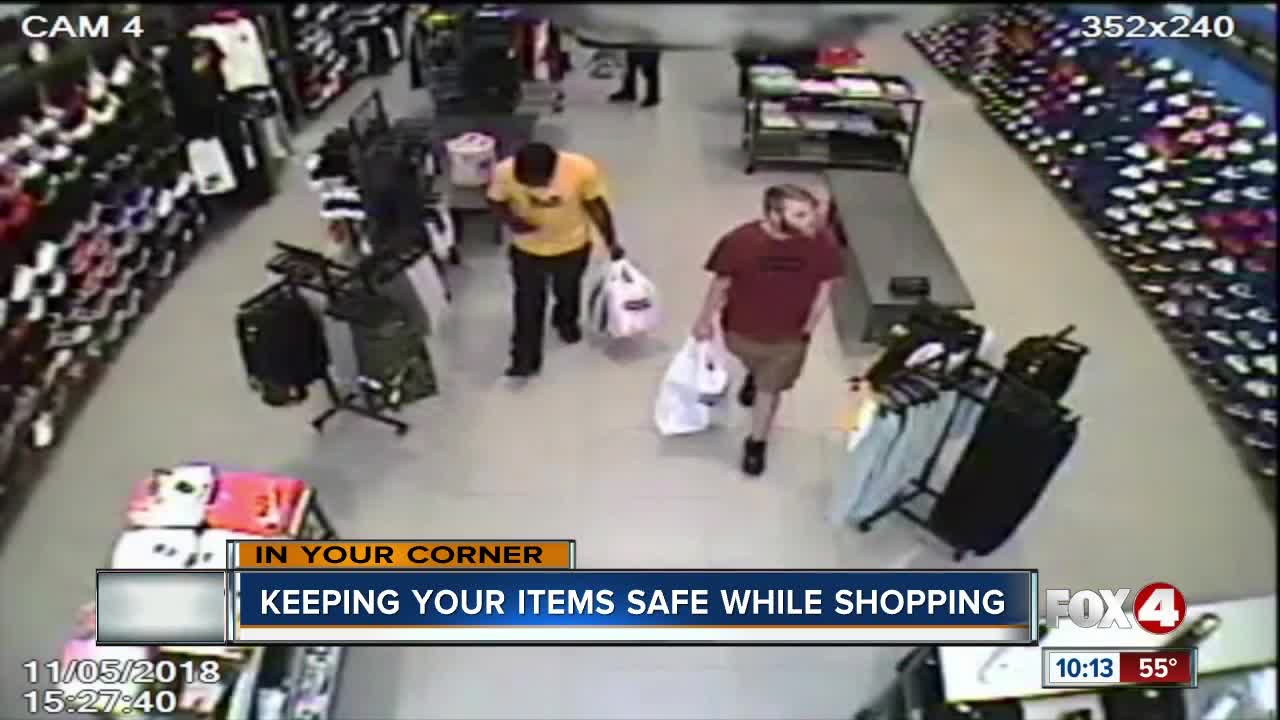 Charlotte County Sheriff's office is looking for three men who they said stole a woman's purse and went on a shopping spree.

PORT CHARLOTTE, Fla. — Charlotte County Sheriff's office is looking for three men who they said stole a woman's purse and went on a shopping spree.

Detectives said the victim’s purse was stolen with her cellphone, car keys and major credit cards inside. And while they look for the suspects, they said they have a few tips to help protect shopper's belongings. The sheriff’s office released surveillance video from Port Charlotte Town Center Tuesday morning. They said the video shows three men on a shopping spree using stolen credit cards from the victim’s purse. Detectives said they purchased over $2,200 worth of merchandise at the mall. They said purchases were made in Journey’s, Footlocker and Champs and American Eagle. According to the police report, the suspects stole the victim’s purse either at the Winn-Dixie on Tamiami Trail or from her home in Port Charlotte earlier this month.

The sheriff’s office also said people should be really vigilant during the holiday season:

He added shoppers should plan ahead for in-store and online shopping. Only put necessary funds on that card. “Know exactly how much you’re going to spend. How much they need for product shipping, costs,” he said. “And once that purchase is made, there’s no more money in that account. Significantly, so that if there was a compromise, you’re [suspects’] going to lose.”

And as for the stolen purse, the sheriff’s office urges anyone with information to contact their office as soon as possible.