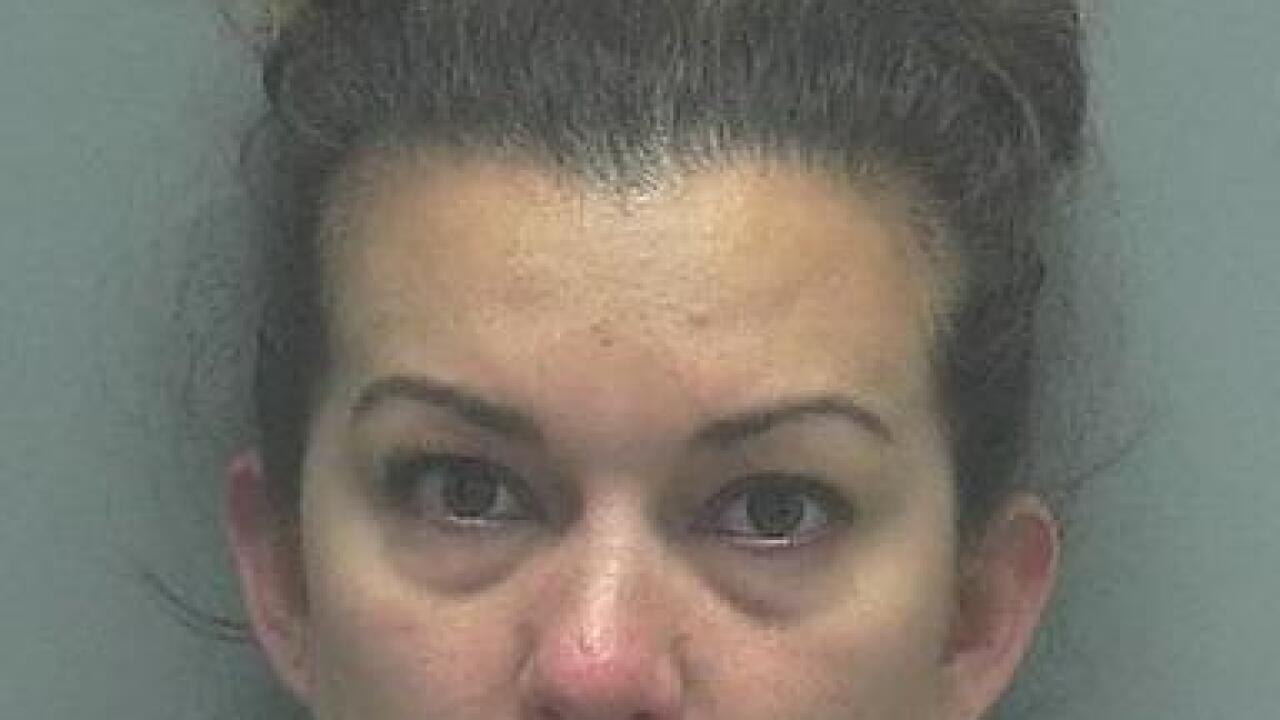 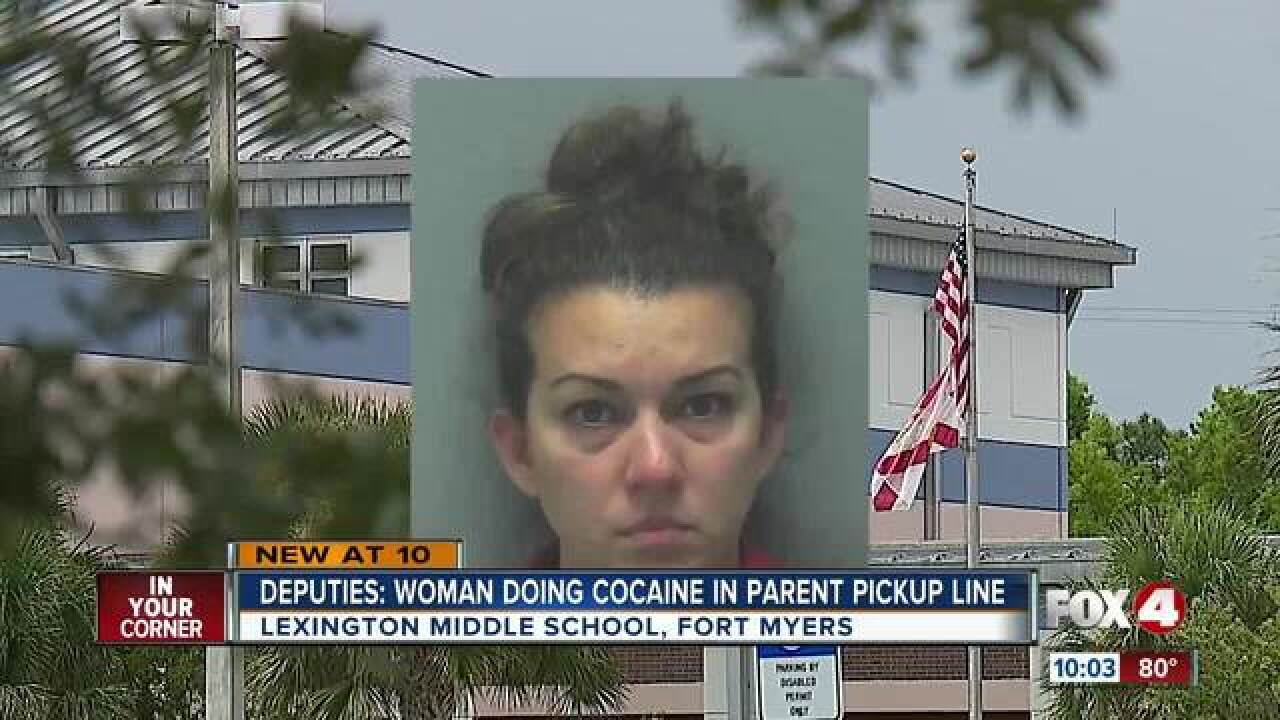 FORT MYERS, Fla. -- A woman was arrested Tuesday after a sheriff's deputy saw her snort cocaine in the parent pick-up line at Lexington Middle School.

A Lee County sheriff's deputy says he saw 39-year-old Christina Hester chopping a white powdery substance on her iPhone screen with a credit card while checking the school at about 3:50 p.m. He then saw her use a cut straw to snort the substance.

The sheriff's deputy took Hester to his office until dismissal ended, then retrieved her purse and performed a field test of the substance, which tested positive for cocaine. The bag of cocaine weighed .5 grams.

The arrest left parents at the school on Wednesday disgusted. Their children told Fox 4 they're shocked.

"That's crazy. That's just so irresponsible and they shouldn't be doing that," 12-year-old Spencer Yeager said.

"It's crazy. People come to school to learn and not to see people doing drugs in their cars. Like, why would anyone do that? Especially when there's kids of all ages here," 13-year-old Sara Millican said.

The students said they're taught about drugs at Lexington Middle School.

"Say how it's bad and how you can get addicted by doing other little drugs," Yeager said.

Four in Your Corner stopped by Hester's home for comment, but she wasn't home. A reporter left her phone number and has not heard from Hester yet.