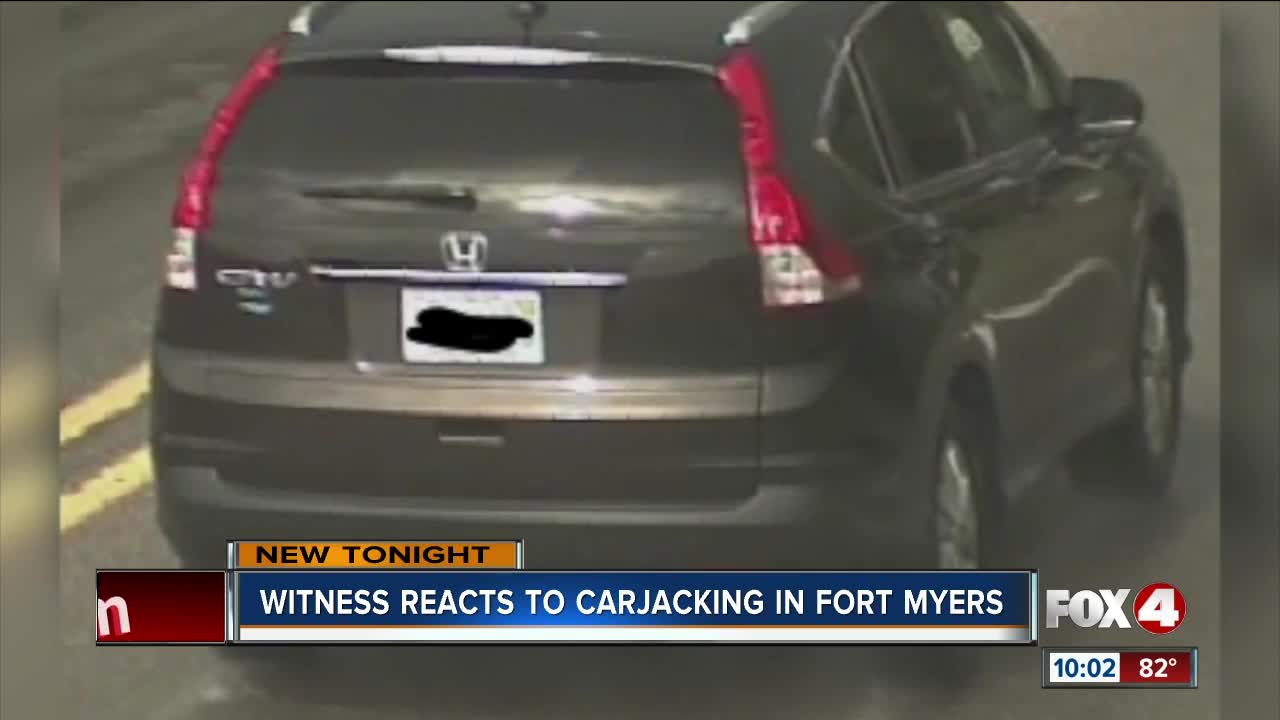 Sherry Demeo said she and her daughter were in the wrong place at the wrong time. She said she thinks he stole the car at gunpoint.

FMPD hasn'’t reported any injuries related to the carjacking, but Demeo said someone could’ve gotten hurt pretty bad, especially once the suspect took off in this Honda CRV and turned right on Colonial boulevard.

“He was on my bumper. I said this is it, he’s going to hit me,” she said. “He swerved over three other lanes, couldn’t get through any traffic, so he went along the grass. He was all over the place. He had to be going 90.”

Shoppers at the Walmart nearby said they’re shocked to hear it happened in broad daylight.

“I would never expect something like that to happen out there at least, especially with all the people out there,” said Cory White.

FMPD said the suspect is in his late 20’s and was wearing a black hoodie. They said he was last seen getting on i-75 headed north. Demeo hopes they track him down, quick.

“I really hope this guy is caught. There’s no way that this should ever have happened,” she said.

Police are asking anyone with information to contact Southwest Florida Crime Stoppers at 1-800-780-TIPS. they’re offering a cash reward for anonymous tips.