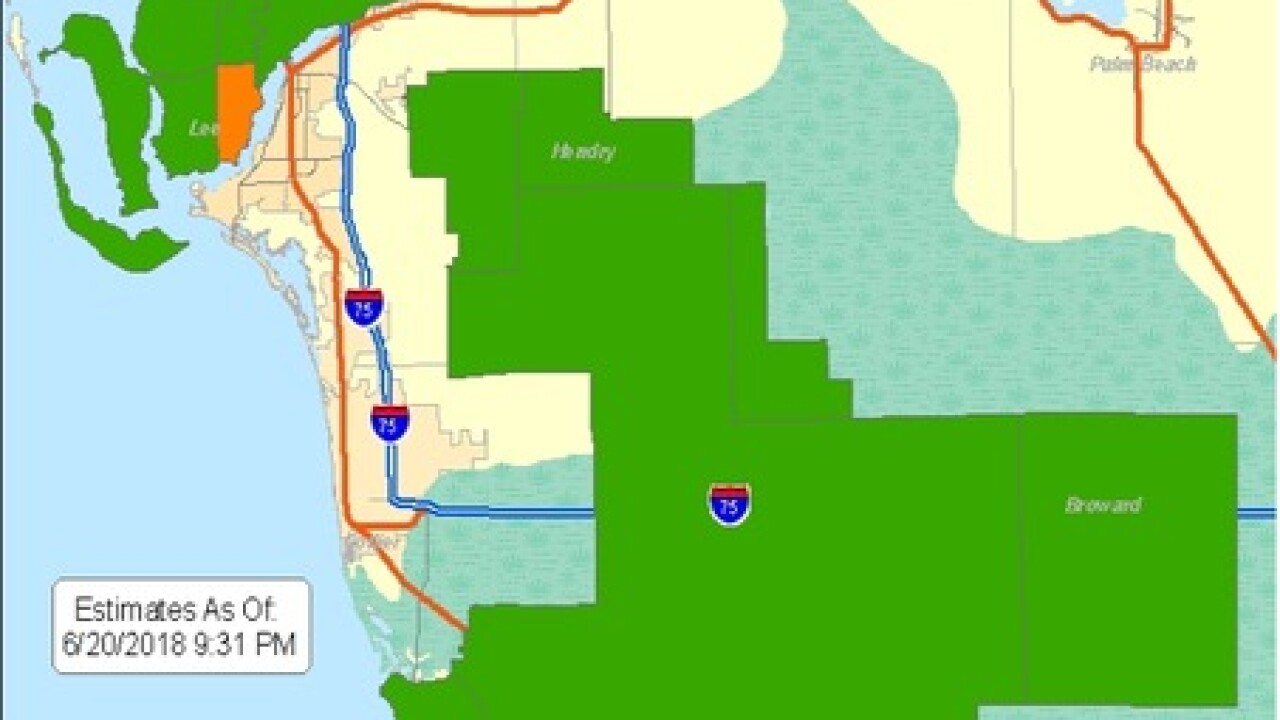 The outage was caused by lightning in the area, according to LCEC. Crews are currently out working on restoration, but there is not a set time frame yet.

CAPE CORAL, Fla. - A widespread power outage in Cape Coral is affecting between 500 and 2,000 households, according to the Lee County Electric Cooperative's website.

Traffic lights are out in the area and causing traffic issues. The Cape Coral Police Department is advising people to avoid driving in the area of the 1500 block of Del Prado Boulevard South to Veterans Parkway and to use caution at all intersections.

No timeframe has been set for the restoration of power.

4 in Your Corner is working to find out more about what is causing the outage.