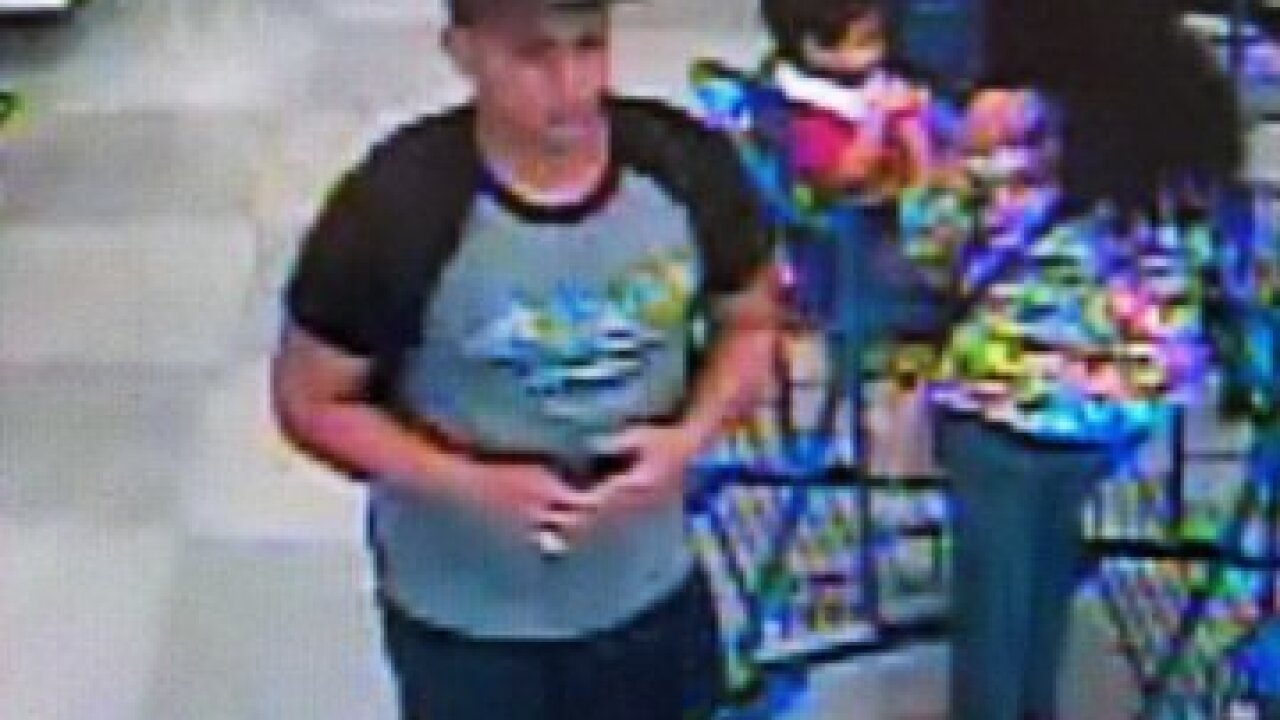 NORTH PORT, Fla. --- North Port Police are looking for a suspect accused of stealing a cell phone out of a department store.

According to investigators, the suspect was inside of the Ross Department, Friday, when a young girl dropped her phone after doing a cartwheel. Police say the suspect was spotted on store surveillance picking up the phone and walking out of the store.

North Port Police say the suspect also stole other items from inside of the store.

Subject was in the ROSS department store Fri around 6:20pm. A young girl did a cartwheel & in the process, dropped her phone. He saw her drop it, picked it up & walked out. Also taking items from the store. If you know anything please call Ofc. Cambria at 941-429-7300. #cooldude pic.twitter.com/7lUmTYun6C