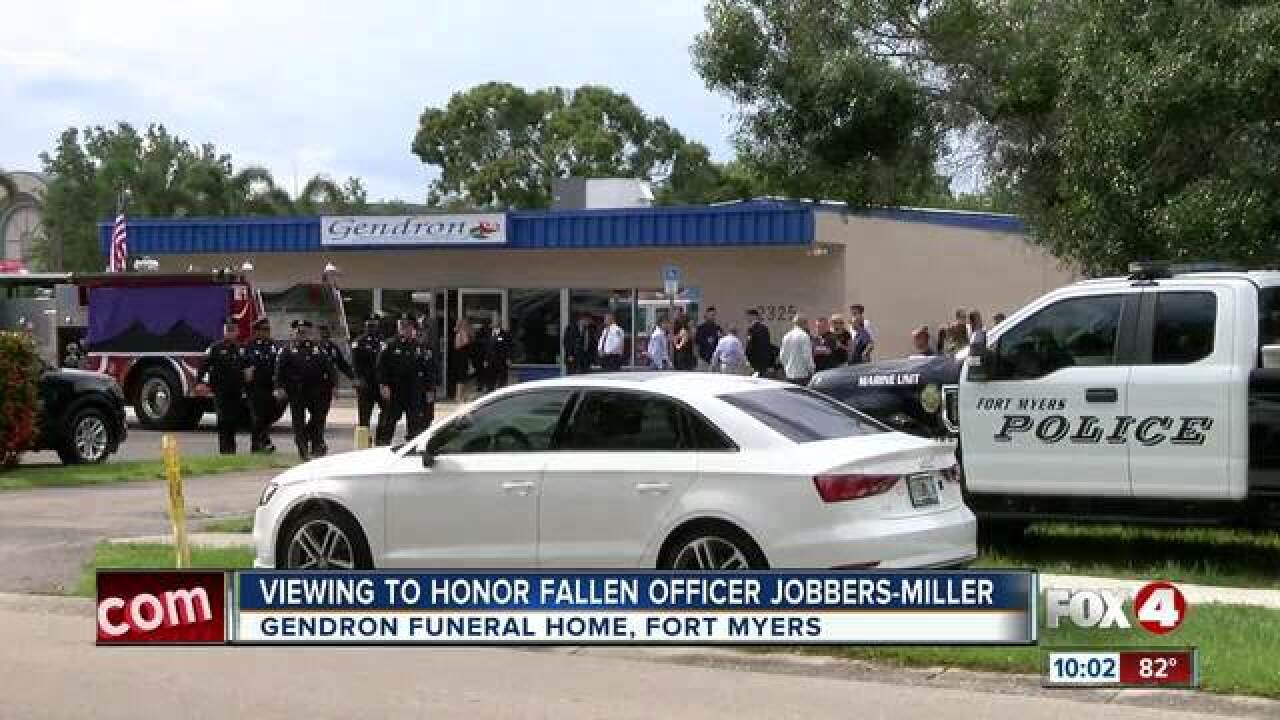 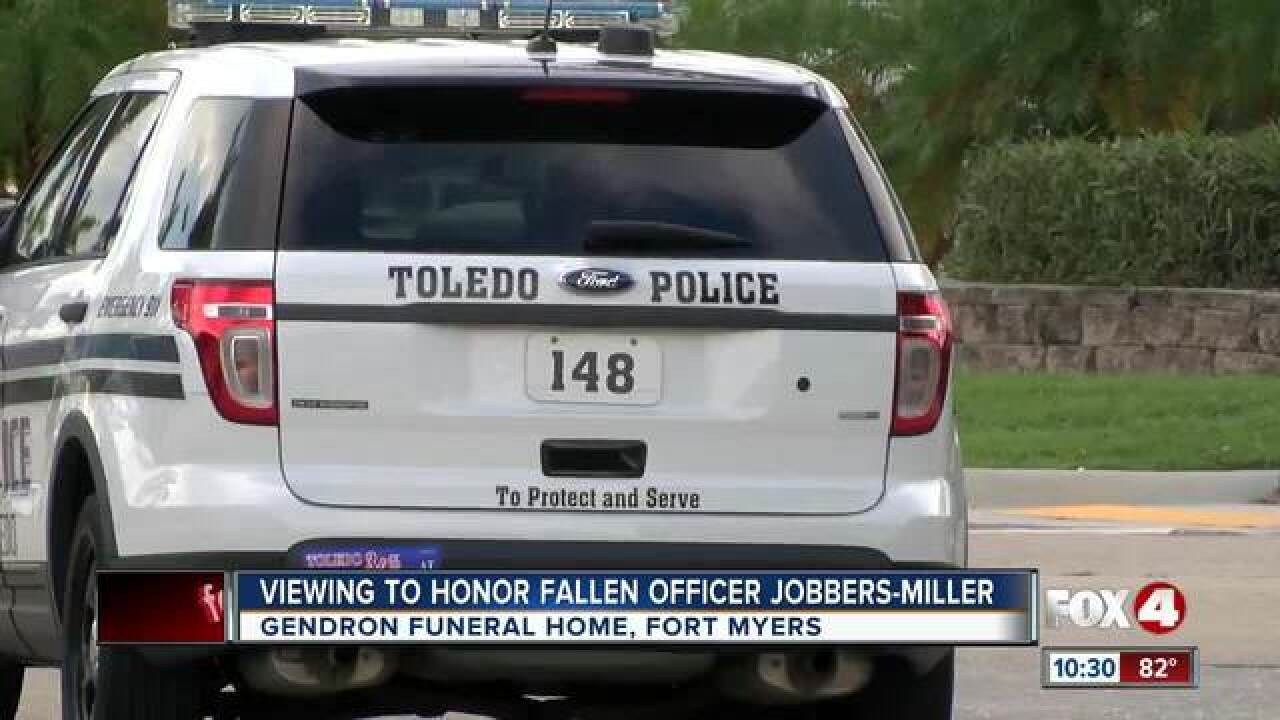 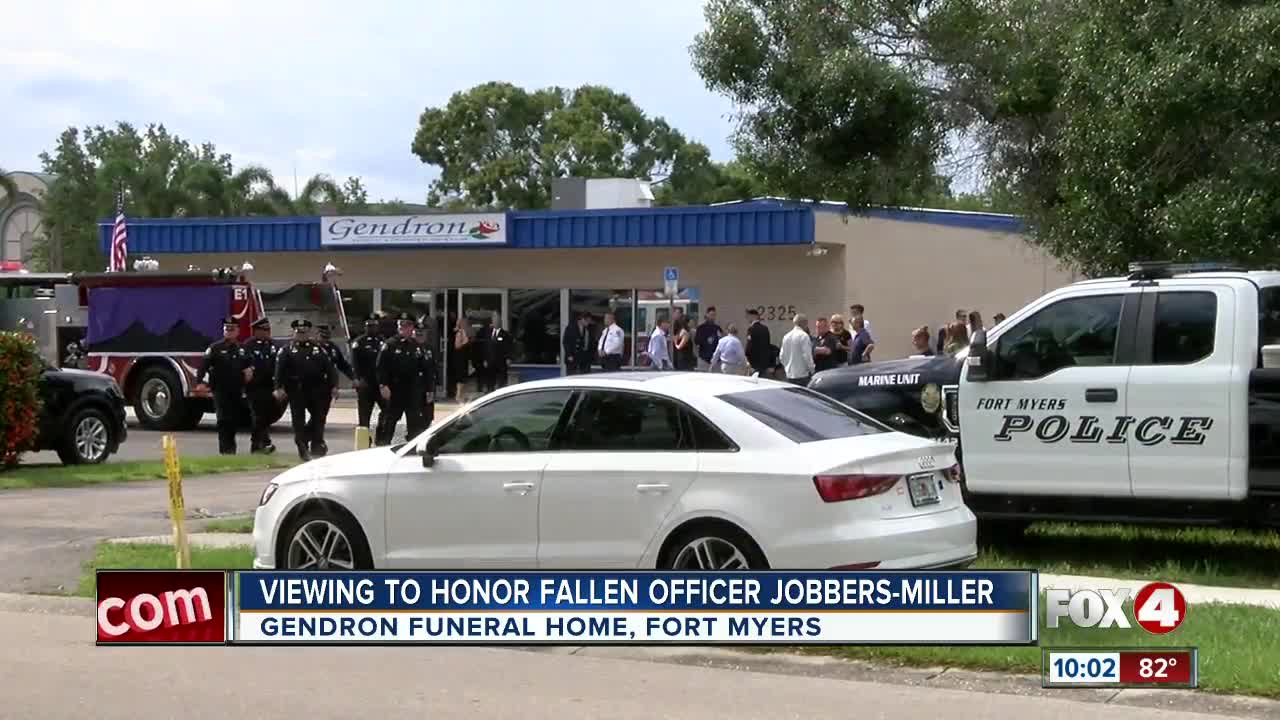 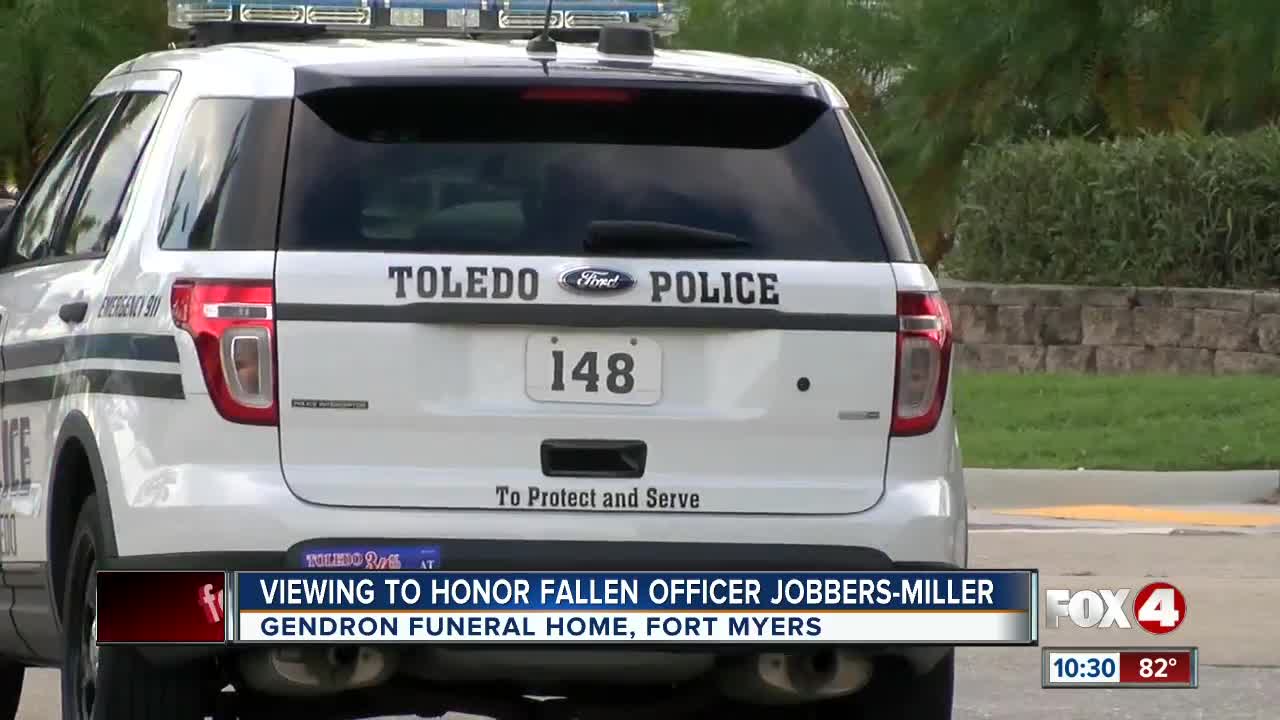 Jobbers-Miller succumbed to injuries suffered when he was shot during a disturbance last month.

"The brotherhood definitely runs very strong and true.  It's sad that it takes an incident like this to bring all this out," said Highlands County Lt. Chris Smith.

Lt. Smith and several fellow deputies made the two hour drive from Highlands County to attend a viewing and plan to be at Officer Jobbers-Miller's funeral Monday.  Smith says he remembers when Fort Myers Police helped his department after Deputy William Gentry was killed in the line of duty earlier this year.

“The service they provided for Deputy Gentry, when we were down at the hospital, taking his body up to Tampa."

Chicago Police Detective Cheryl Pontecore and her husband Commander Ronald Pontecore presented a check to Jobbers-Miller's family on behalf of the non-profit organization Brotherhood for the Fallen.

"One of the things that binds officers together is we are one family in blue, when one family loses an officer we all lose a brother, so it hits us all," said Commander Pontecore.

Funeral services for Officer Jobbers-Miller will be at noon on Monday August 6th, at Germain Arena.  It's open to the public and Fox-4 will have complete coverage.