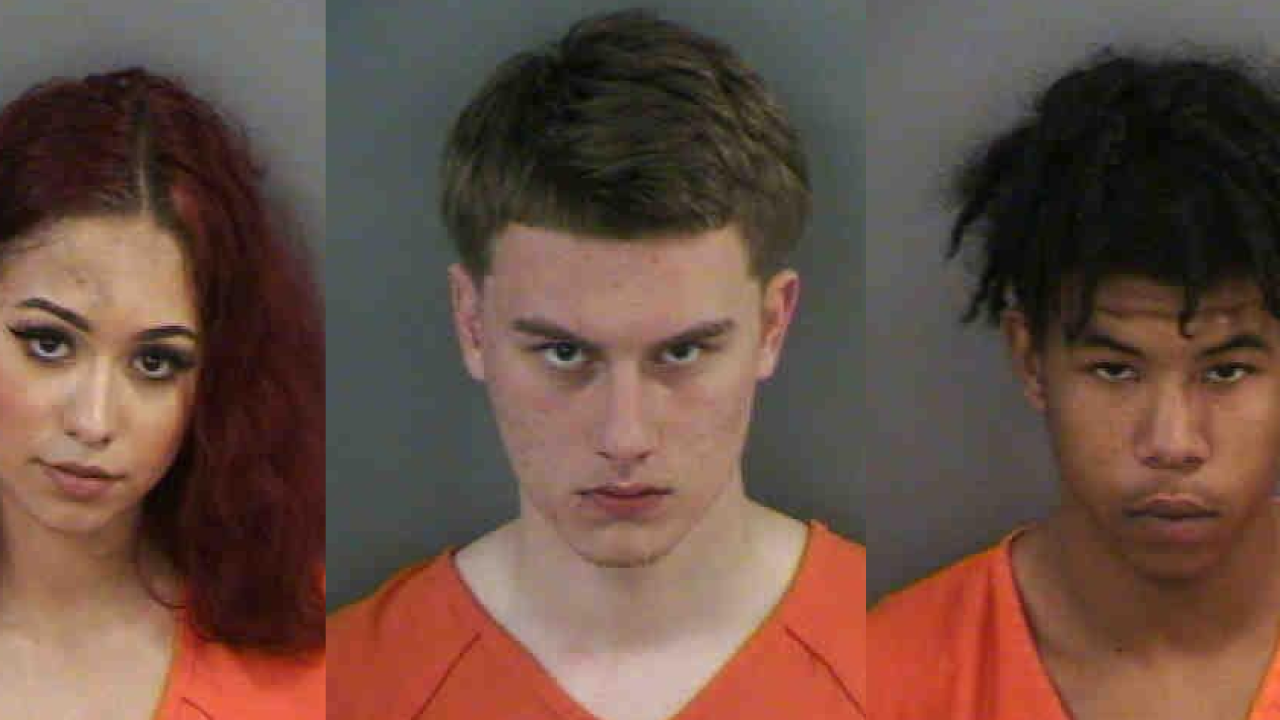 COLLIER COUNTY, Fla. -- Three arrests have been made and additional suspects are sought in an overnight home invasion in East Naples.

According to the Collier County Sheriff's Office, the victim says he heard his sliding glass door shatter just before 1 a.m. Monday at his home in the 2800 block of Van Buren Avenue.

The victim says his ex-girlfriend entered the room with several armed men wearing bandanas over their faces. The men held the victim at gunpoint and stole two gold necklaces before fleeing the home in a white Camry.

Responding deputies located the Camry on Airport Road, and as the vehicle was approached, four passengers fled on foot into a nearby industrial park, and the remaining driver drove off. The driver, 18-year-old Kameron Williams, was later stopped and arrested.

As K-9 and aviation units searched the industrial park, the ex-girlfriend, 18-year-old Mayira Okheda-Garsia, was located under a trailer.

Another suspect, 19-year-old Devante Sparks, was located as his home after texting Okheda-Garsia to let her know he had made it home.

All three are facing charges of home invasion robbery with a firearm and grand theft. Williams is also facing a charge of high-speed reckless fleeing and eluding.