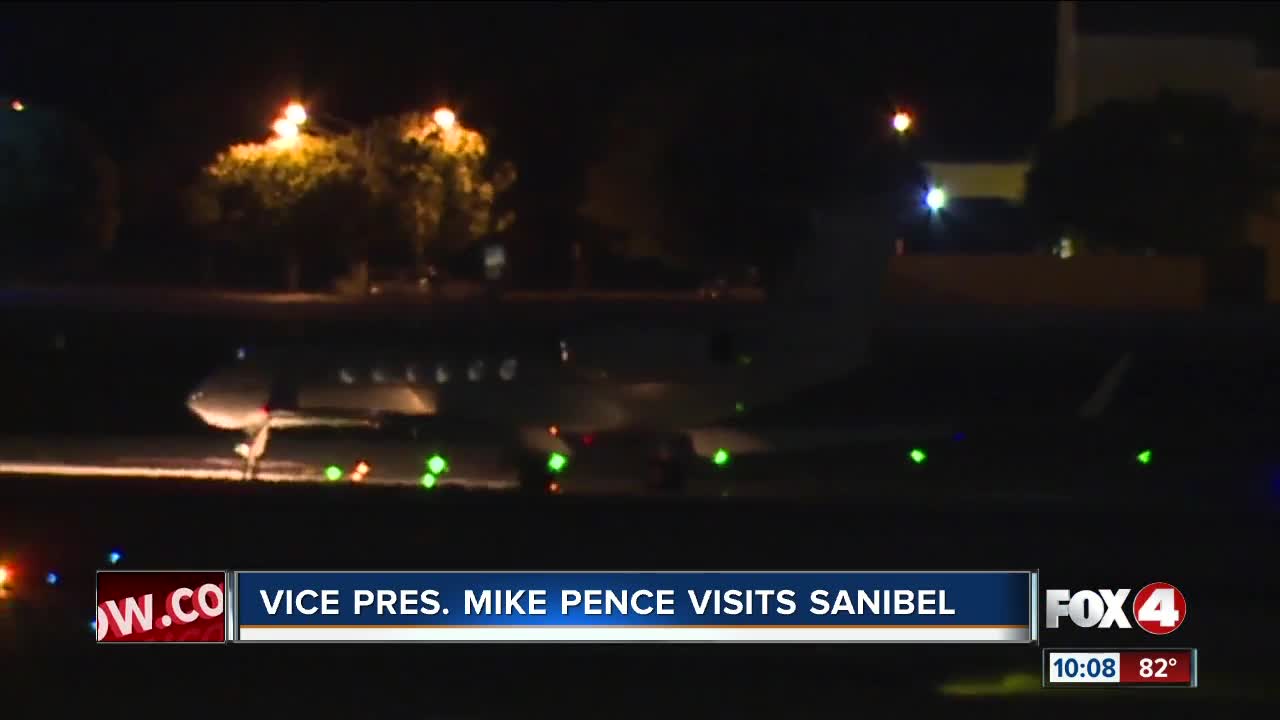 Employees at Cheeburger Cheeburger say the vice president made a stop at their restaurant on the island Saturday night.

A short while later, his motorcade rolled out of RSW and toward Sanibel.