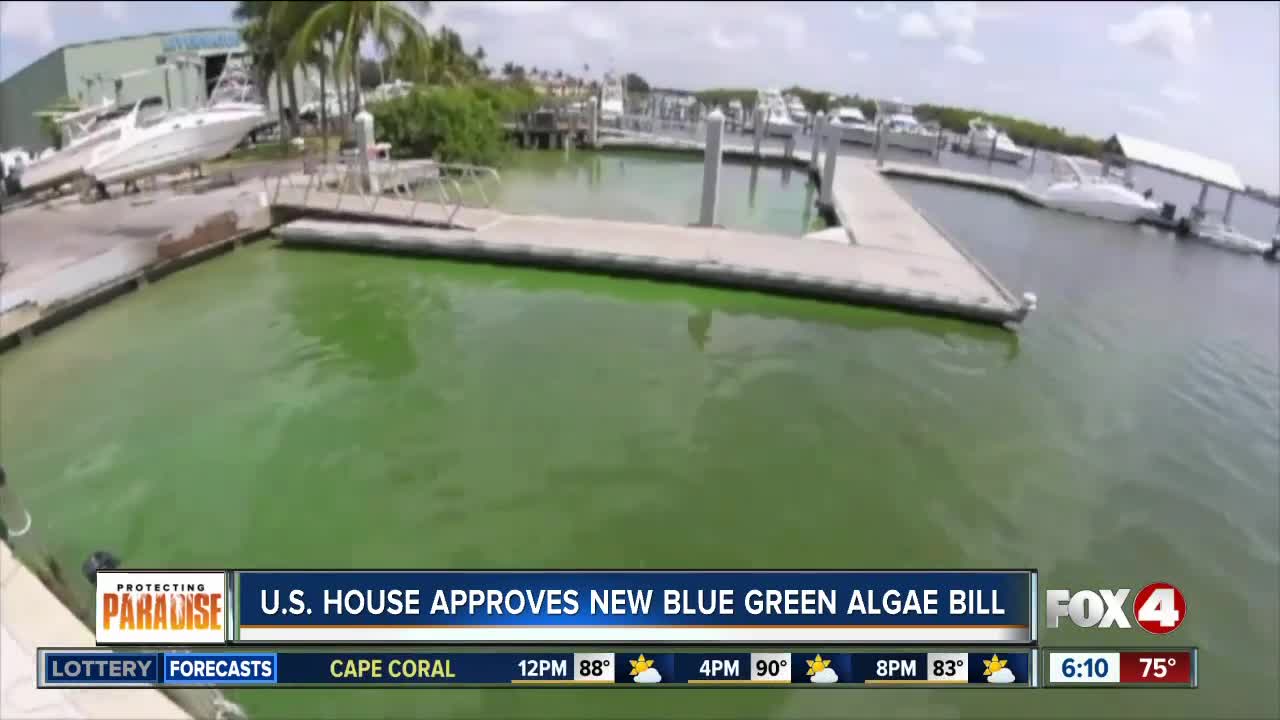 The bill was introduced by Florida congressman Bill Mast, and would involve federal agencies already studying algae elsewhere in the country.

LEE COUNTY, Fla. -- Congress is taking action on blue green algae. The U.S. House of Representatives have passed a bill that would involve the federal government in combating blue-green algae.

The bill was introduced by Florida congressman Bill Mast, and would involve federal agencies already studying algae elsewhere in the country.

Mast was among those urging the U.S. Army Corps of Engineers to hold releases from Lake Okeechobee to avoid another devastating bloom.

A fisherman and restaurant owner says solutions are long overdue. "They just have to keep it up. Somebody strong enough has got to stay with it, because lots of heroes have come and gone and their work has come and gone. It's gotta stay solid,” says Paul Daly, owner of Pelican Café.

No decision has been made on how to manage the water next year.

Mast's bill to have these federal agencies look into the blue green algae now goes to the U.S. Senate.