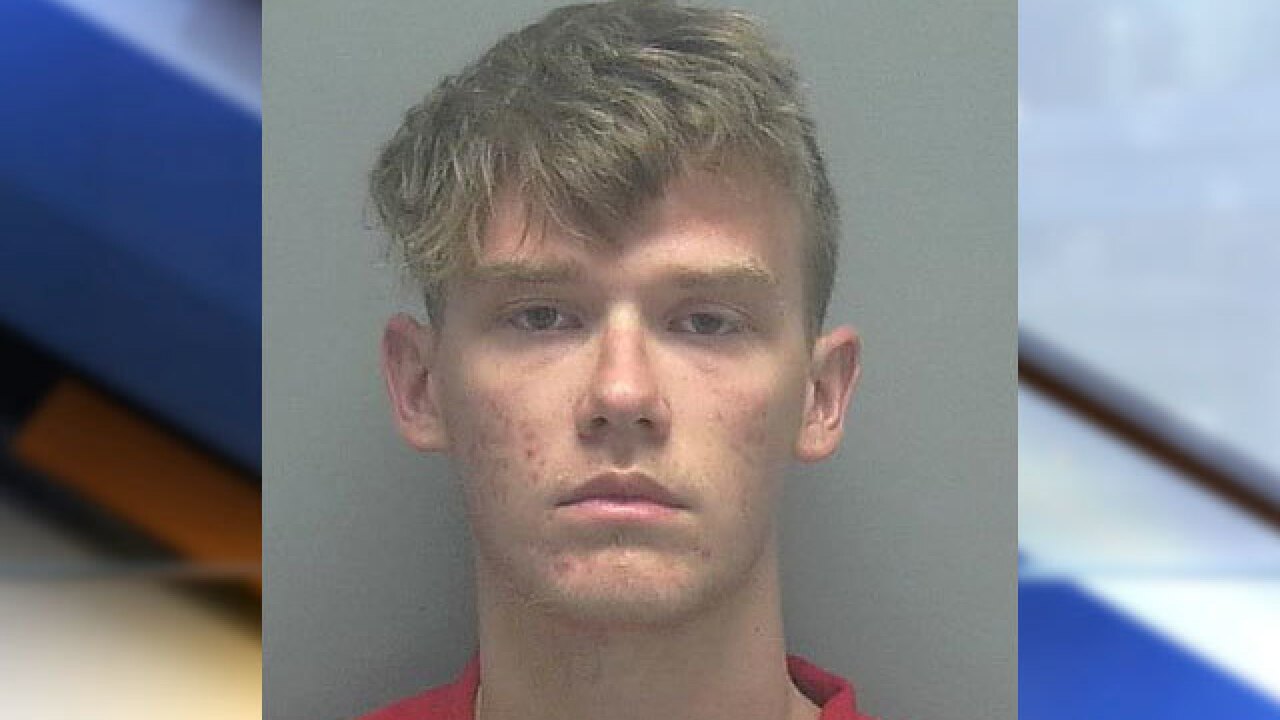 Copyright 2018 Scripps Media, Inc. All rights reserved. This material may not be published, broadcast, rewritten, or redistributed.
<p>Nathan Grames</p>

CAPE CORAL, Fla. -- Police have arrested two teenagers they say stole a vehicle and burglarized another in Cape Coral earlier this week.

18-year-old Nathan Grames is charged with Burglary of a Vehicle and Grand Theft of a Motor Vehicle.  His accomplice, a 16-year-old male, is facing a Grand Theft charge.

Fox 4 does not identify minors who are arrested unless they are charged as an adult.

According to Cape Coral Police, the burglary happened in the 1100 block of NE 33rd Street on Monday evening, and the stolen vehicle was reported early Tuesday morning in the 2400 block of NE 6th Place.

The teens were spotted as they walked through the neighborhood by a Police Public Service Aid who was completing paperwork in the area of the crimes.  Detectives were able to obtain enough evidence to press charges on the suspects.