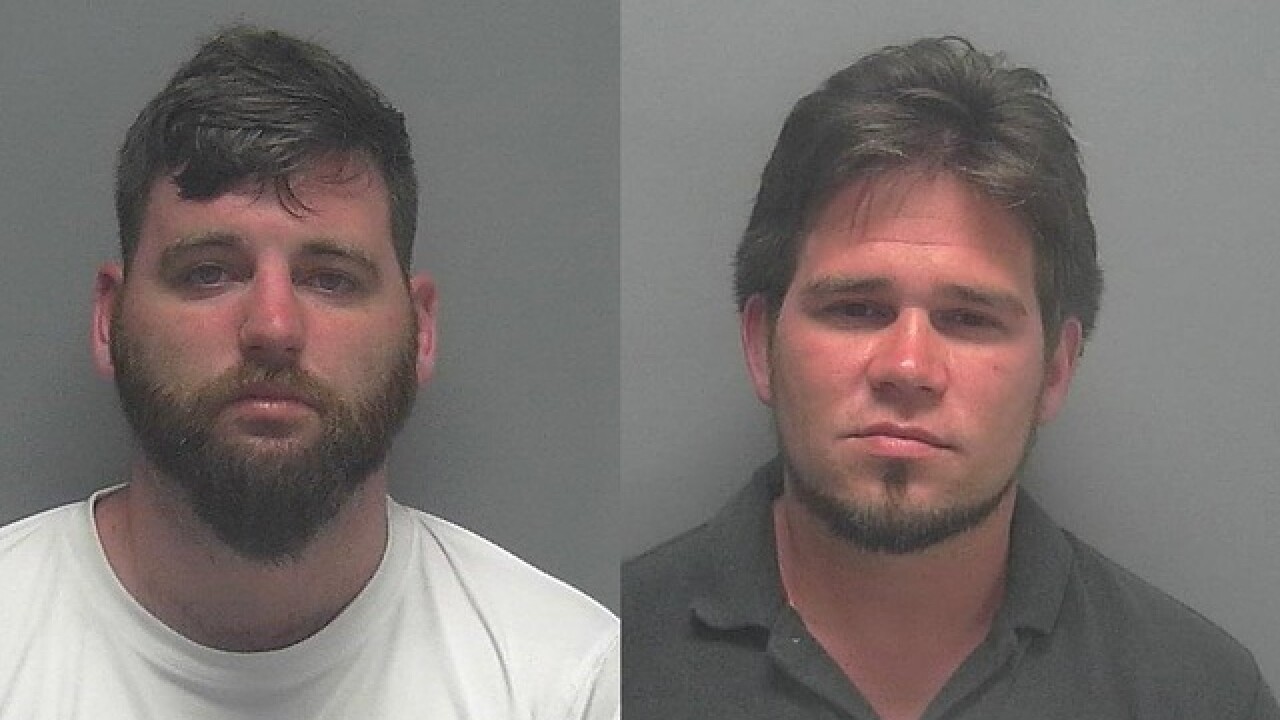 Copyright 2018 Scripps Media, Inc. All rights reserved. This material may not be published, broadcast, rewritten, or redistributed.
<p>Jordan Via, Joseph Aquino</p>

LEE COUNTY, Fla. -- Two men have been charged with prowling after an out-of-state Sanibel homeowner was alerted by a home surveillance system.

On Thursday, a homeowner called police after his "Ring" doorbell notified him of visitors attempting to enter the residence.

Police responded and detained two men seen in the front yard of the home.  One of the men had removed the "Ring" device and had it in his pocket.  Neither could explain their presence at the home.

Both men were arrested and booked into the Lee County Jail and released.

30-year-old Jordan Via of Sanibel was charged with Prowling, Petit Theft, and Criminal Mischief and released Thursday.  However, he was arrested again Friday on a Burglary charge.

30-year-old Joseph Aquino of Belleview, Florida was charged with Prowling and released Thursday.