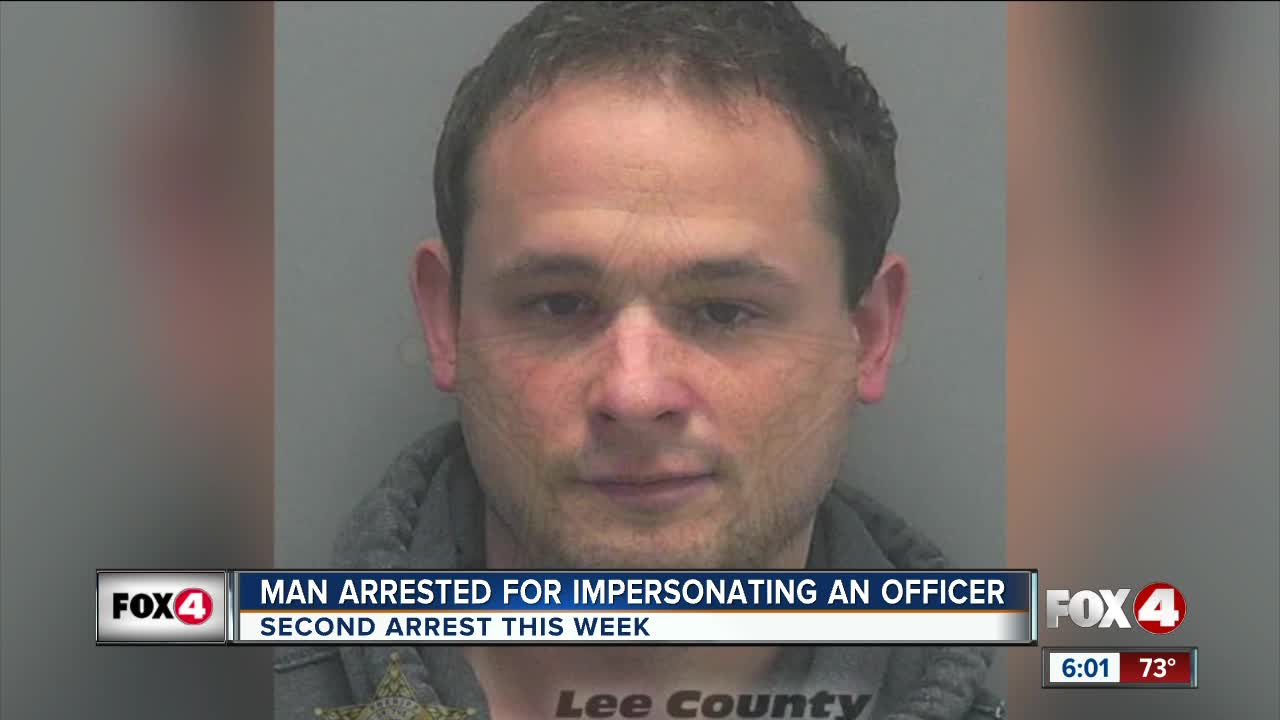 LCSO booked Duluk into Lee County Jail Tuesday. They said Duluk used the lights and sirens to maneuver traffic, and even pull someone over. They said he sped off when the driver complied.

On Wednesday FMPD arrested Anthony Adetutu for impersonating an LCSO lieutenant. Detective Nicholas Toma with FMPD said a woman reported him after he approached her on Lee Boulevard and State Road 82.

He said he also showed her a photo of himself holding a badge in front of an LCSO patrol car. Toma said there’s no such event, and he never worked for LCSO. He also said he believes Adetutu has been doing this since January.

“They can always ask, let me see your badge, ID number, who you work for,” he said. “If there’s any doubt as to the validity of the officer, you may call whatever agency that he says that they are with to verify that there is an officer at that traffic stop location,” he said.

if anyone has interacted with Adedtutu, you can call Detective Toma at (239) 321-7812 or email ntoma@fmpolice.com.