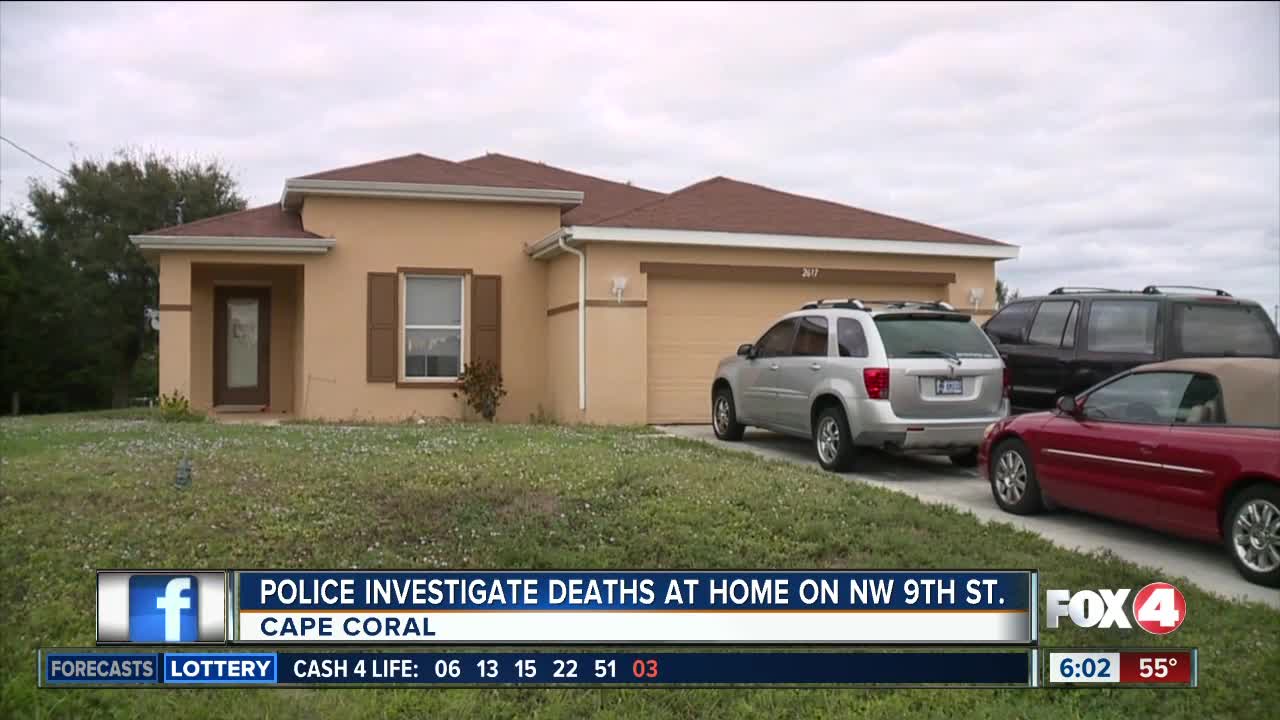 It happened in the 2600 block of NW 9th Street in Cape Coral.

UPDATE (11:35 AM) -- Police have identified the two people found dead in a Cape Coral home, and say they are mother and son.

The deceased have been identified as 59-year-old Joanne Walpole and 37-year-old Michael Walpole.

They were found dead in a home on NW 9th Street at approximately 8:45 a.m. Tuesday.

Investigators say they found a man and a woman inside a house in the 2600 block of Northwest 9th Street on Tuesday morning. That’s off Tropicana Parkway West between Burnt Store Road and El Dorado Parkway.

At this point we don't know how they died.

We’ll update as soon as we learn more.