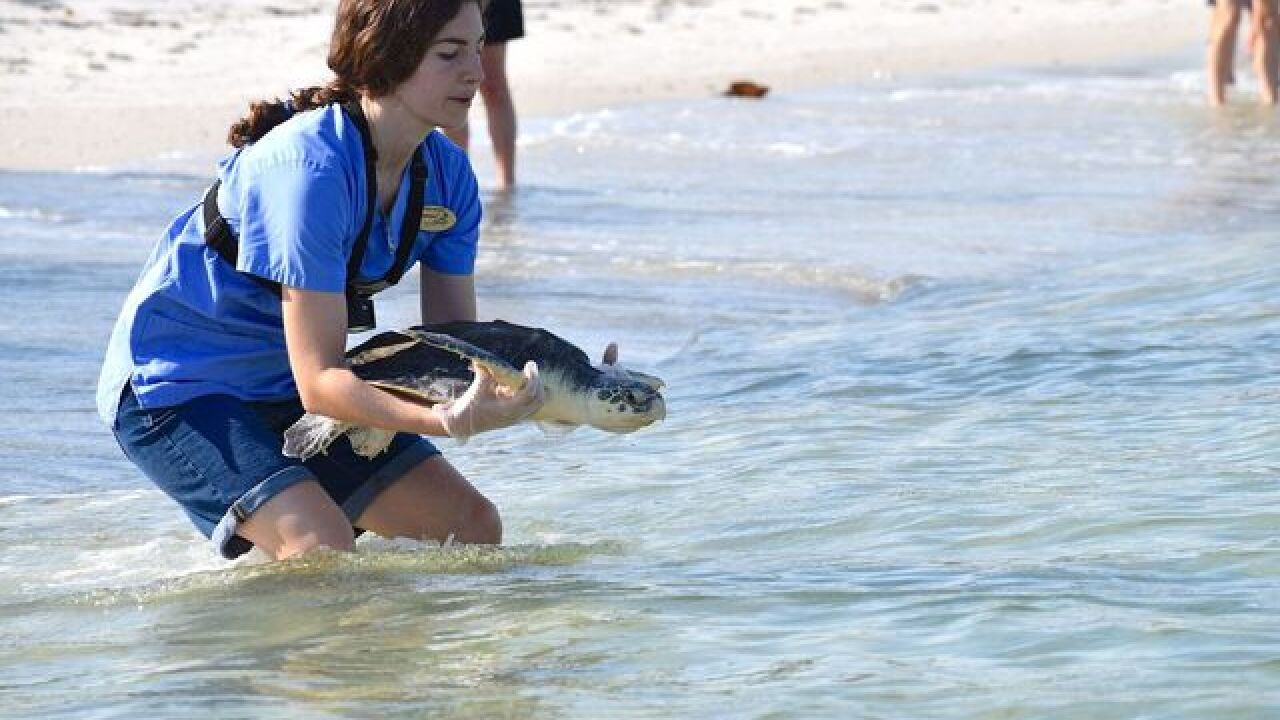 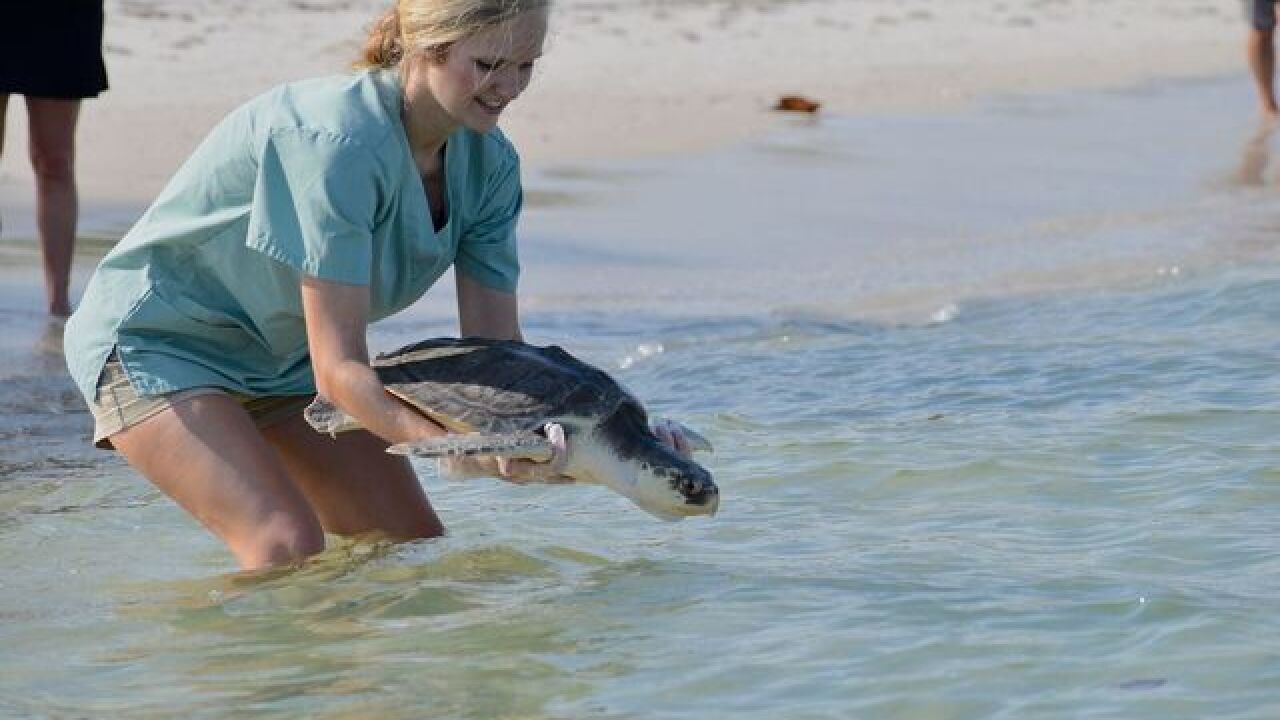 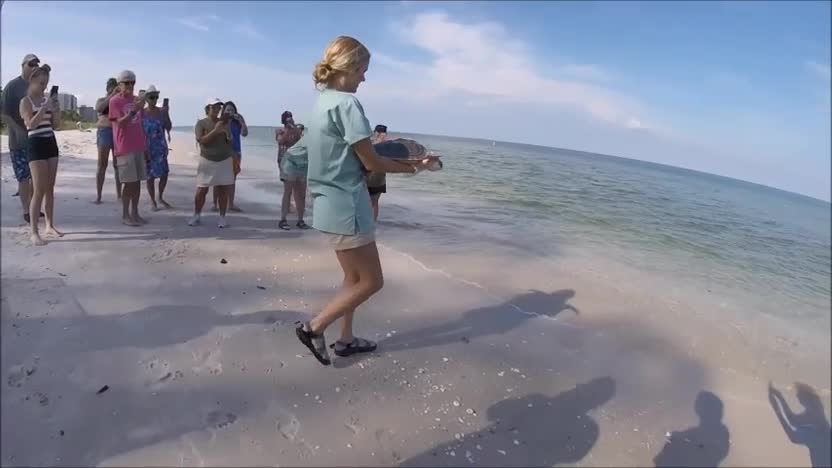 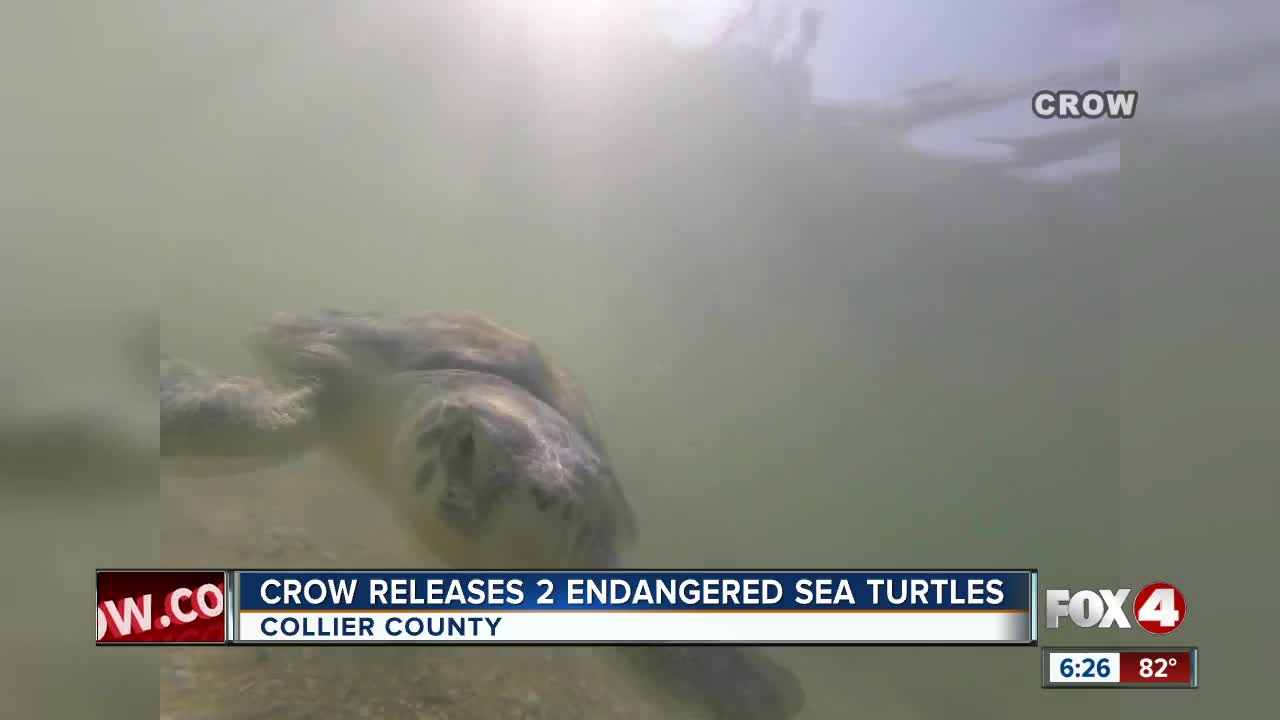 The first of the two turtles was admitted to the clinic on July 2 after it had sustained what appeared to be a boat strike injury near Redfish Pass on Captiva Island.  Sea turtles can often become the victim of boat strikes or predator attacks as secondary injuries when they are debilitated by red tide poisoning.

That turtle can be seen being released by the woman in the blue shirt.

The second Kemp’s ridley turtle was admitted to the clinic on June 28 after it was found struggling in the water near the Boca Grande Causeway. This turtle was suspected to be suffering the effects of brevetoxicosis, also known as red tide poisoning. It was treated for red tide poisoning using supportive care and a novel treatment as part of an ongoing study in collaboration with the Loggerhead MarineLife Center.

That turtle can be seen being released by the woman in the green shirt.

If anyone were to come across a debilitated, injured, or dead sea turtle, they are asked to report it to any of the following agencies: