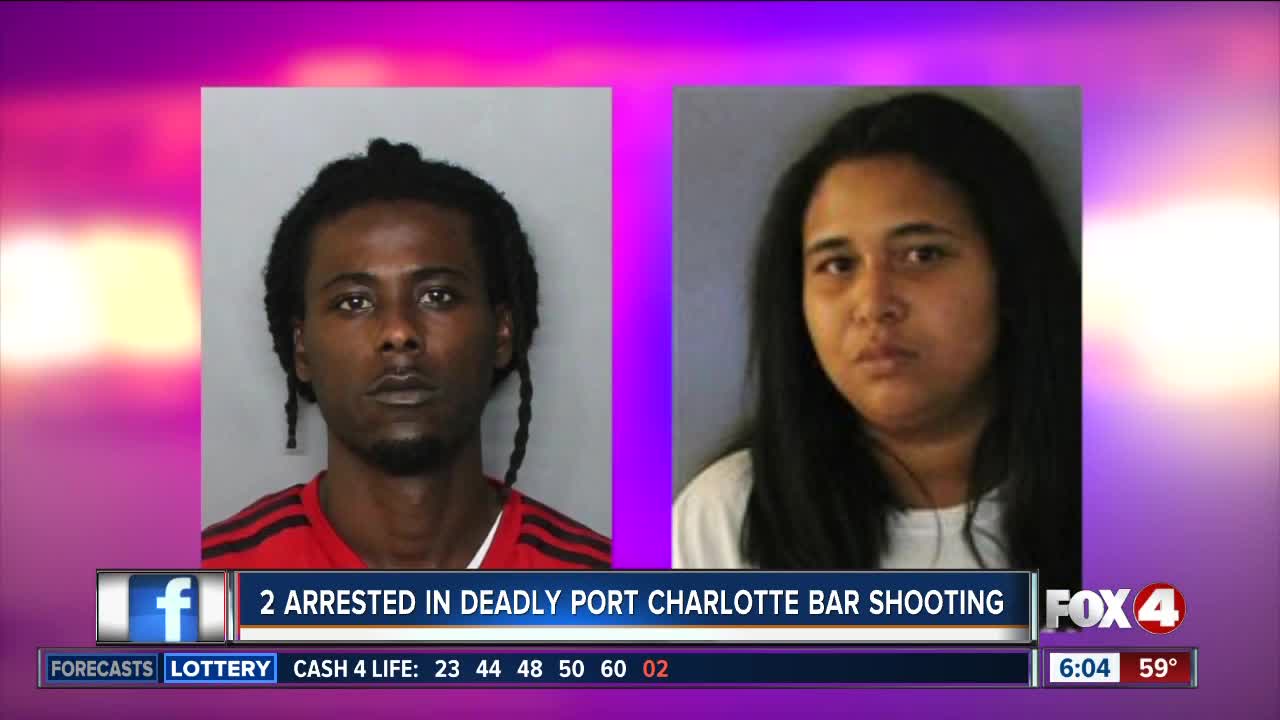 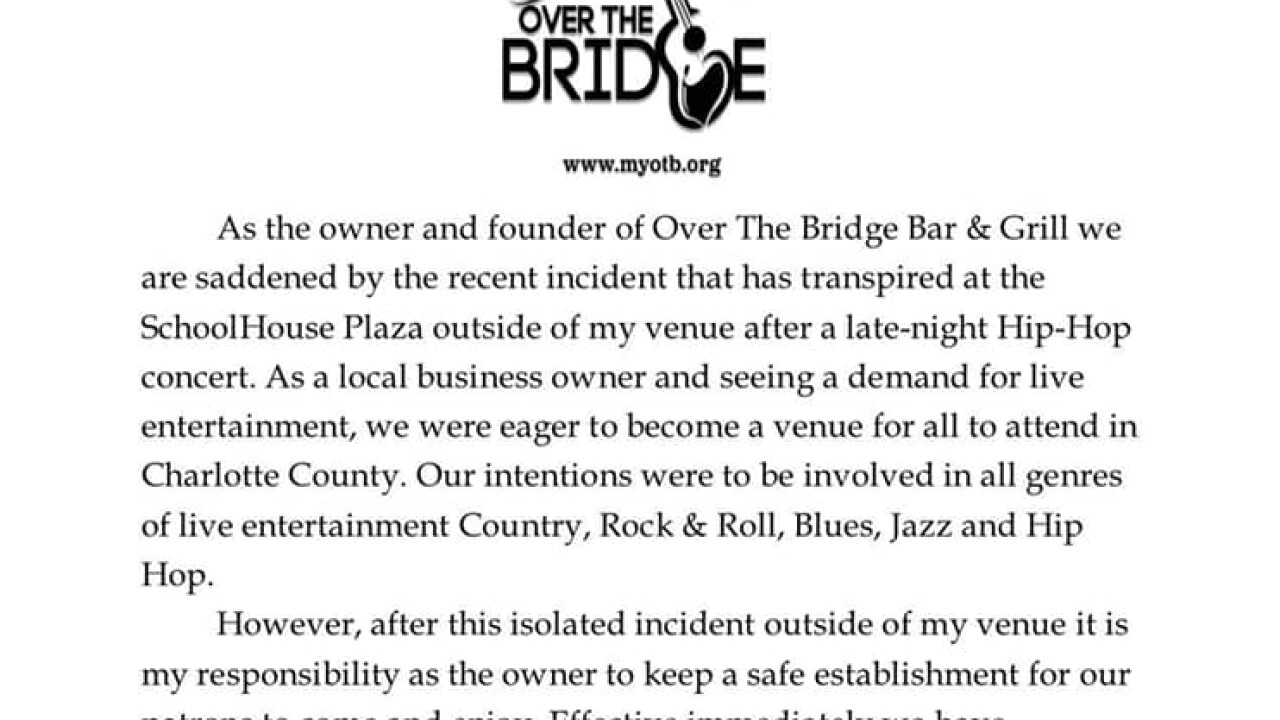 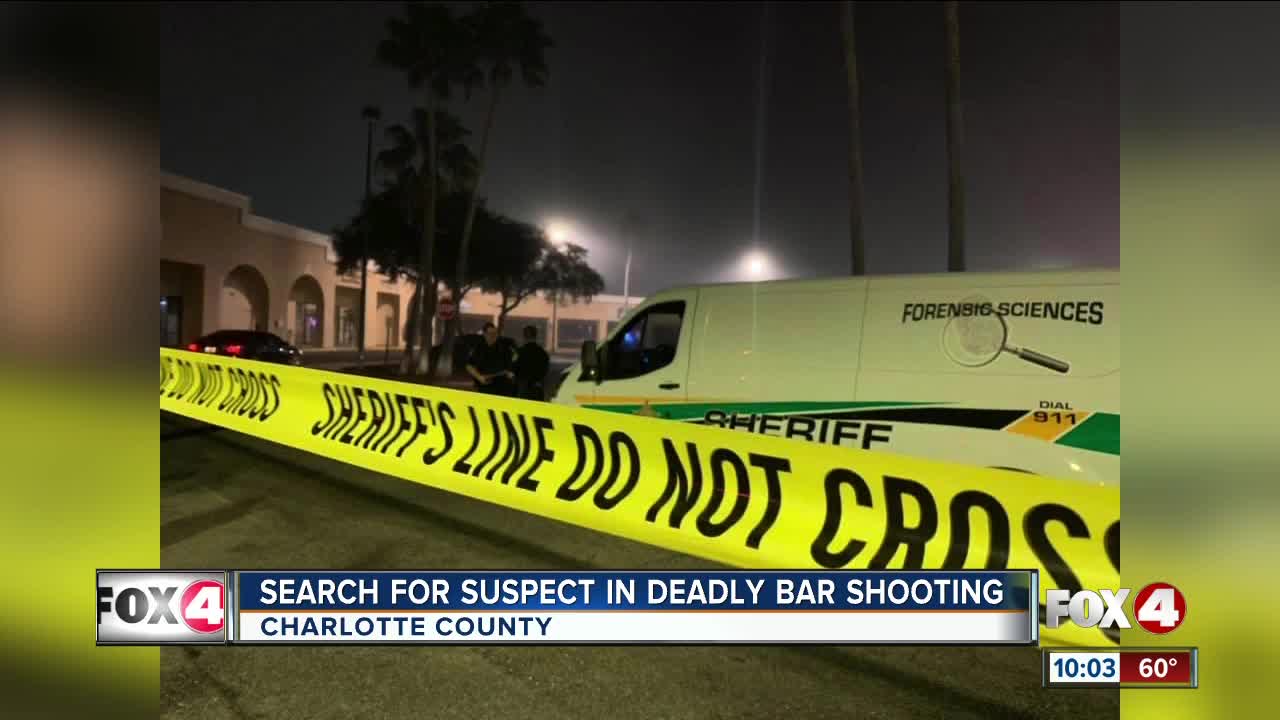 UPDATE: The Charlotte County Sheriff's Office has made two arrests.

Kevens Laguerre is now charged with second-degree murder. Kyrsha Taylor is charged with accessory after the fact.

PORT CHARLOTTE, Fla. -- Deputies are looking for a suspect in a fatal shooting outside a Port Charlotte bar early Saturday morning.

According to the Charlotte County Sheriff's Office, it happened outside Over the Bridge, a local bar in the School House Square in Port Charlotte, located on Kings Highway just off Tamiami Trail.

There is one confirmed death during what deputies are calling an isolated incident. They say an altercation lead to the shooting of a man who has not yet been identified.

Bar patrons gathered inside for a concert when things turned ugly and moved to the parking lot.

The shooter is not in custody.

"We will investigate this senseless act meticulously; following all leads and evaluating every piece of evidence to bring the shooter to justice,” states Sheriff Bill Prummell.

Anyone with information is urged to contact the Charlotte County Sheriffs Office at 941-639-0013 or submit an anonymous tip through their mobile app.