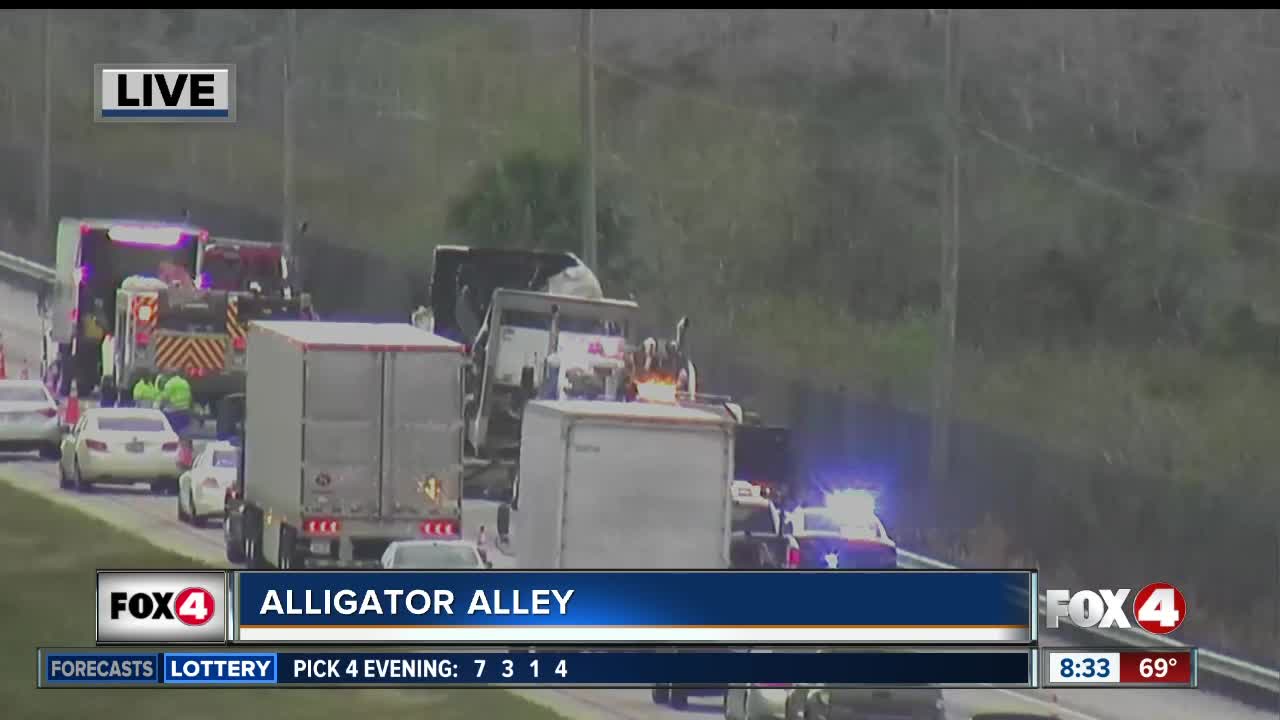 The fire happened in the westbopund lanes near mile marker 66 early on January 3, 2019. 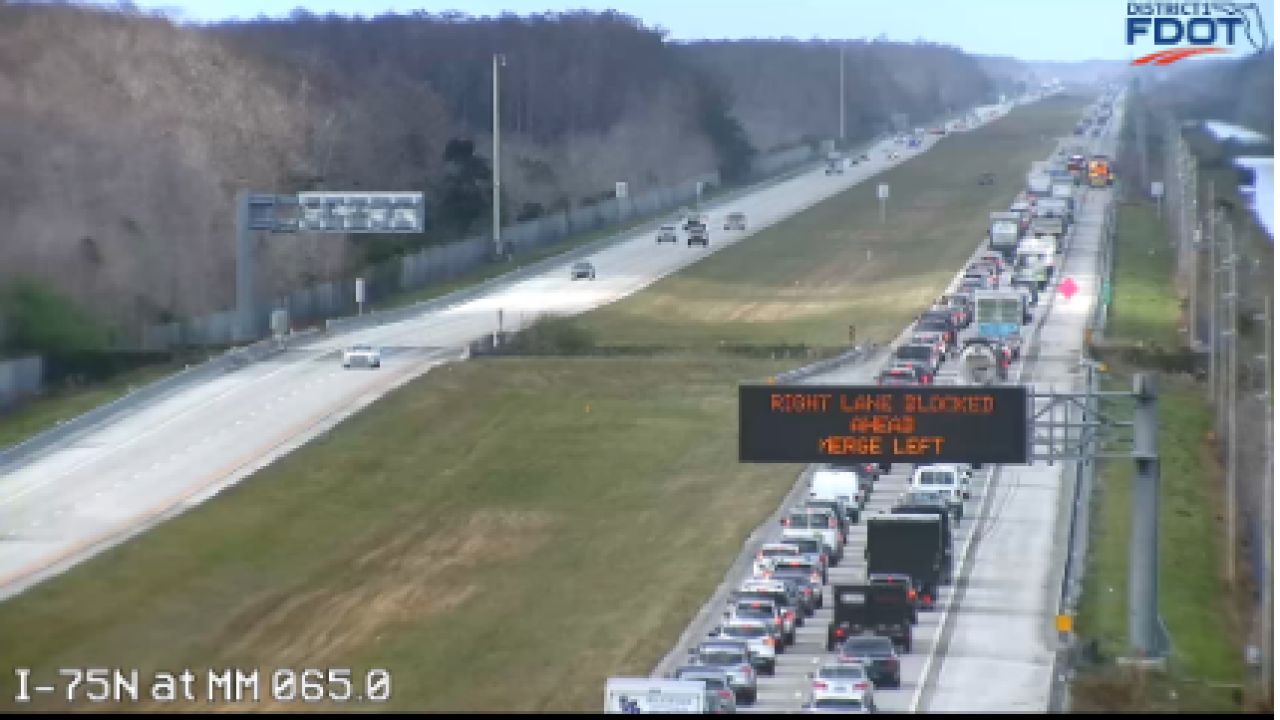 COLLIER COUNTY, Fla. -- A truck fire that happened on Alligator Alley early Thursday was still blocking one lane of traffic at lunchtime.

According to Florida Highway Patrol, the crash is near mile marker 66 in the westbound lanes. The fire was reported at 1:32 a.m.

The fire has since been extinguished and there are no reported injuries.

However, as of 1 p.m. the outside lane remained blocked to allow crews to offload food product from the trailer.

Drivers should use caution in the area.