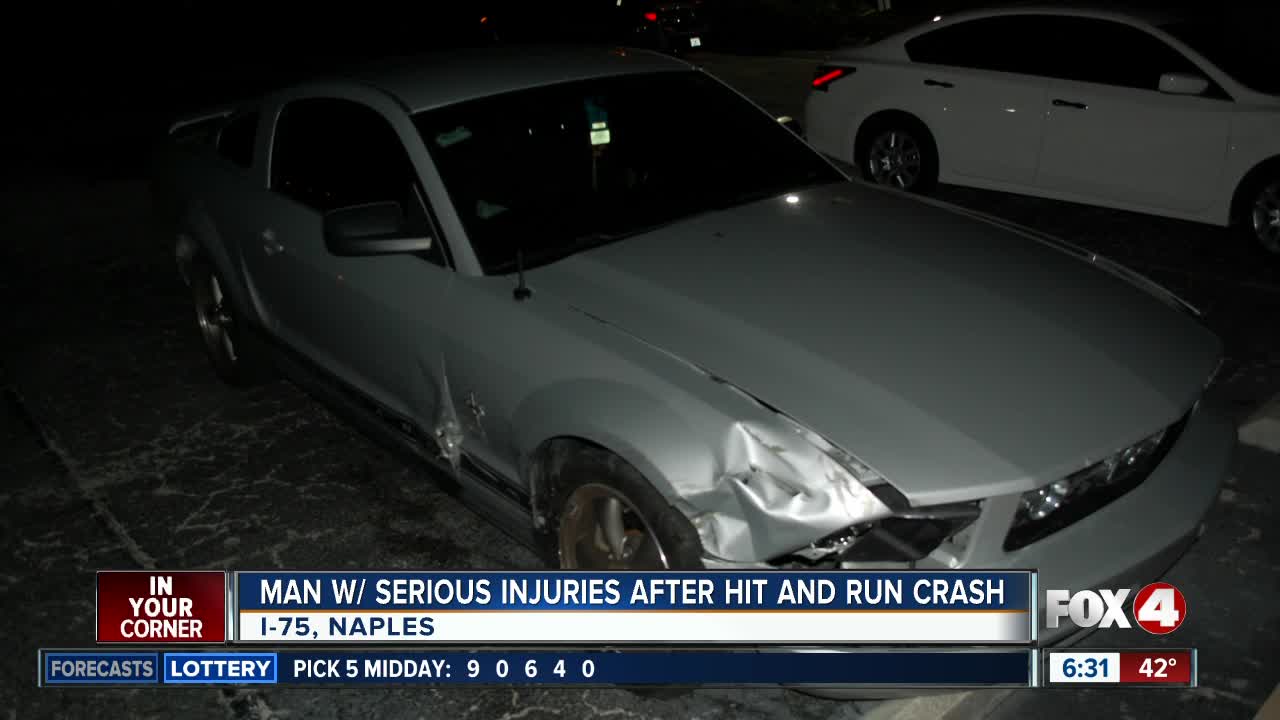 Florida Highway Patrol troopers say a 2006 Mustang was ditched, after the driver was involved in a hit and run in Naples.

COLLIER COUNTY, Fla.-- Florida Highway Patrol troopers are looking for a driver who left the scene after striking at motorcyclist on Interstate 75 in Naples Sunday evening.

The report says a 2006 Ford Mustang and a motorcycle were traveling northbound on I-75 around 6:30 p.m. The driver of the Mustang then veered into the right land and hit the back of the motorcycle, causing 31-year-old Codie Doolin to fall off the bike. Doolin was taken to Lee Memorial Hospital to be treated for serious injuries.

If you have any information about this crash or the identity of the hit and run driver, you're asked to contact Southwest Florida Crime Stoppers at 1-800-780-TIPS.