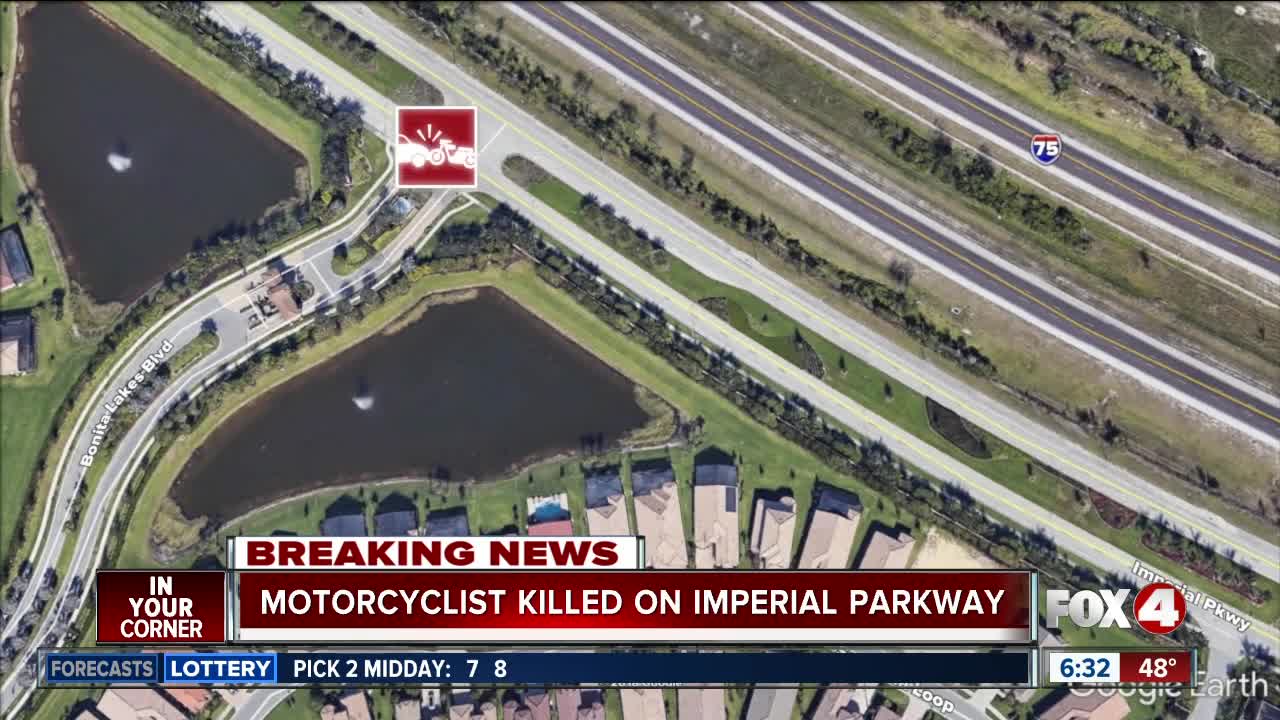 It happened around 6 p.m. on Imperial Parkway near Bonita Lakes Boulevard.

Florida Highway Patrol says 19-year-old Joshua Asmodeo was riding a motorcycle southbound “at an excessive speed” when he crashed into an SUV that was turning left from the opposite direction.

Asmodeo was pronounced dead at the scene. He was wearing a helmet at the time of the crash.

The SUV’s driver had minor injuries and was taken to the hospital.

The crash remains under investigation, but no charges have been filed at this time.