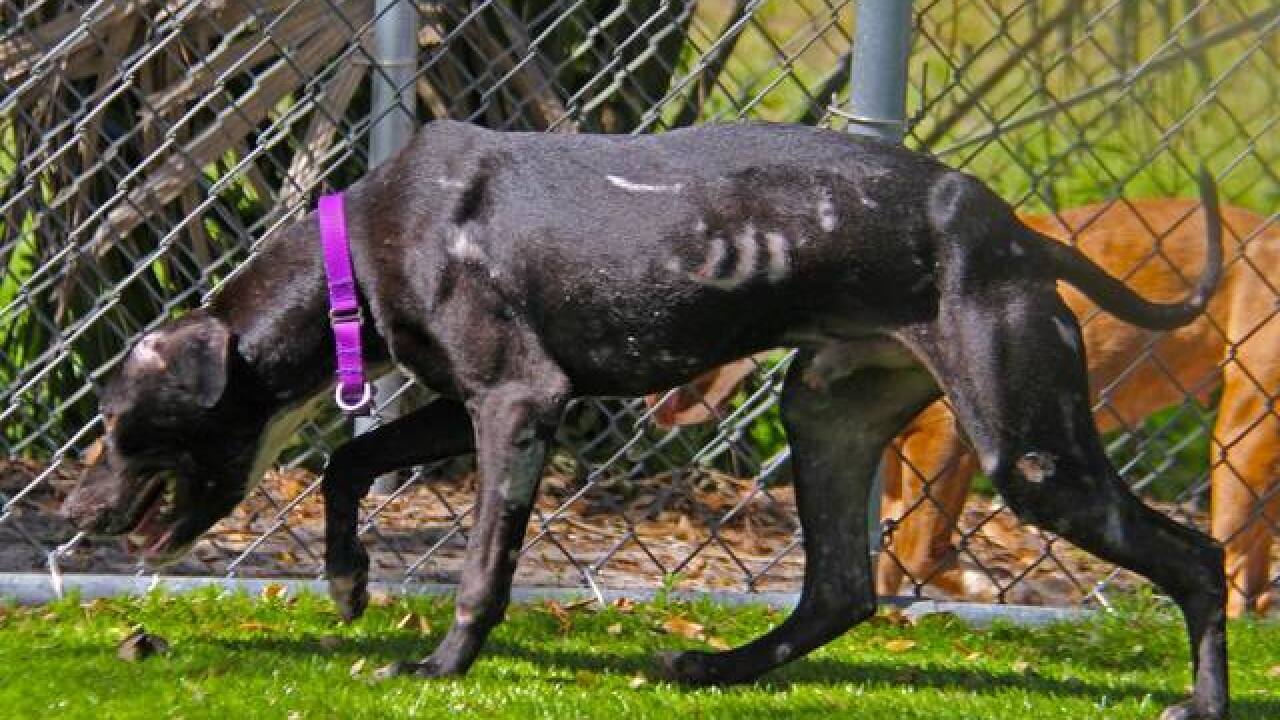 According to the animal rescue, the animals were brought to them from Clewiston Animal Services last week for immediate treatment.

Wesker was found first, and had abrasions on his left side and had missing teeth.  Staff believes the injuries came from being dragged behind a vehicle.

The next day, Abigail and her pup Macaroni were found in the same area.  Abigail, a 3-year-old mix, had a gaping wound across her head and face, caused by some sort of blunt force trauma. One-year-old lab mix Macaroni has an injured back leg caused by a tether.

PHOTOS OF THE INJURED DOGS (Warning: Photos may be disturbing to some)

Staff says that despite their injuries, the dogs are responding to their care. "Abigail came into GCHS and was wagging her tail, even when she was getting stitched up. Wesker is still a playful pup and prances around and knows he is now in a happy and safe place at GCHS. Macaroni is a little shy at first, but he is starting to trust people and is seeking attention from everyone," they write on Facebook.

The Gulf Coast Humane Society is requesting help with donations or items to help the dogs with their surgeries.

Anyone with information on how these dogs became injured is asked to contact the Clewiston Police Department at (863) 983-1474.