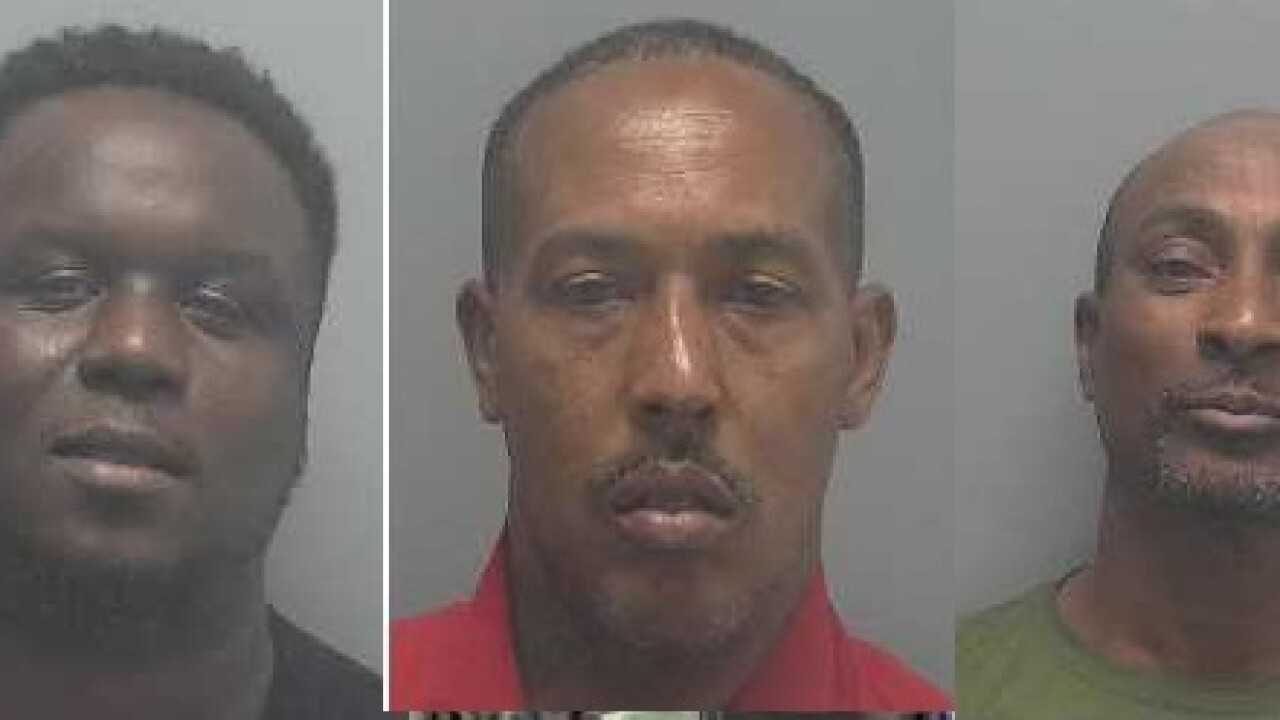 Officers say that around 11:30pm, they received a Shotspotter alert of shots fired on Minnesota Drive.

They were all charged with discharging a firearm in a public area.

Blanks was also charged with possession of firearm by a convicted felon.