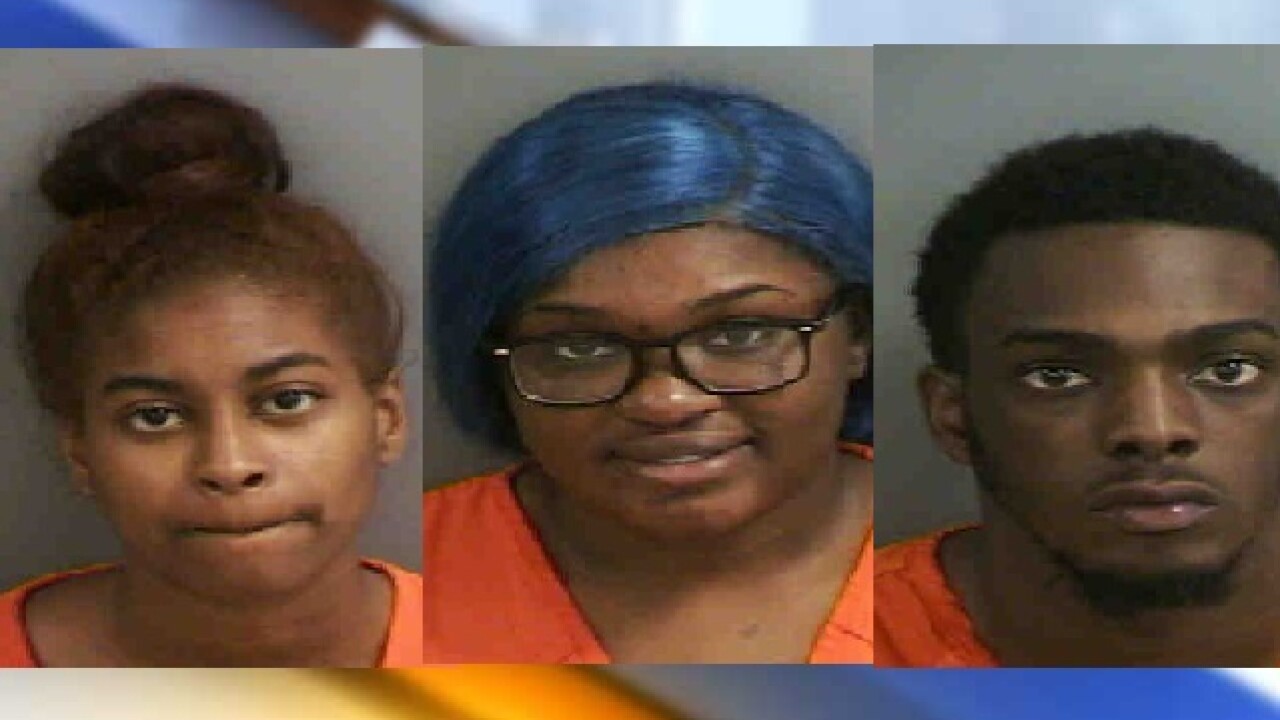 According to the Collier County Sheriff's Office, deputies stopped a white Honda for traffic violations while headed westbound near mile marker 95, just east of Naples.

The driver, 21-year-old Jeovanny Jean-Baptiste of North Miami, had a suspended license and was arrested.

As 18-year-old Dayra Torres of Hollywood was exiting the vehicle, deputies observed her adjusting an object down the front of her pants. She removed the object, which was a small zippered wallet containing seven bank credit cards with other people’s names on them.

A search of the vehicle turned up two Florida driver’s licenses and a South Carolina license inside a purse belonging to Jean-Baptiste. All three licenses had Jean-Baptiste’s picture on them with different addresses and names.

Deputies also found a printer and a file folder containing blank checks inside the trunk.

23-year-old Keith McGee of Sunrise did not have any identification on him and initially gave deputies a fake name, reports said. Further investigation revealed McGee had an active felony warrant out of California for assault with a deadly weapon on a peace officer and evading a peace office/driving in a reckless manner.