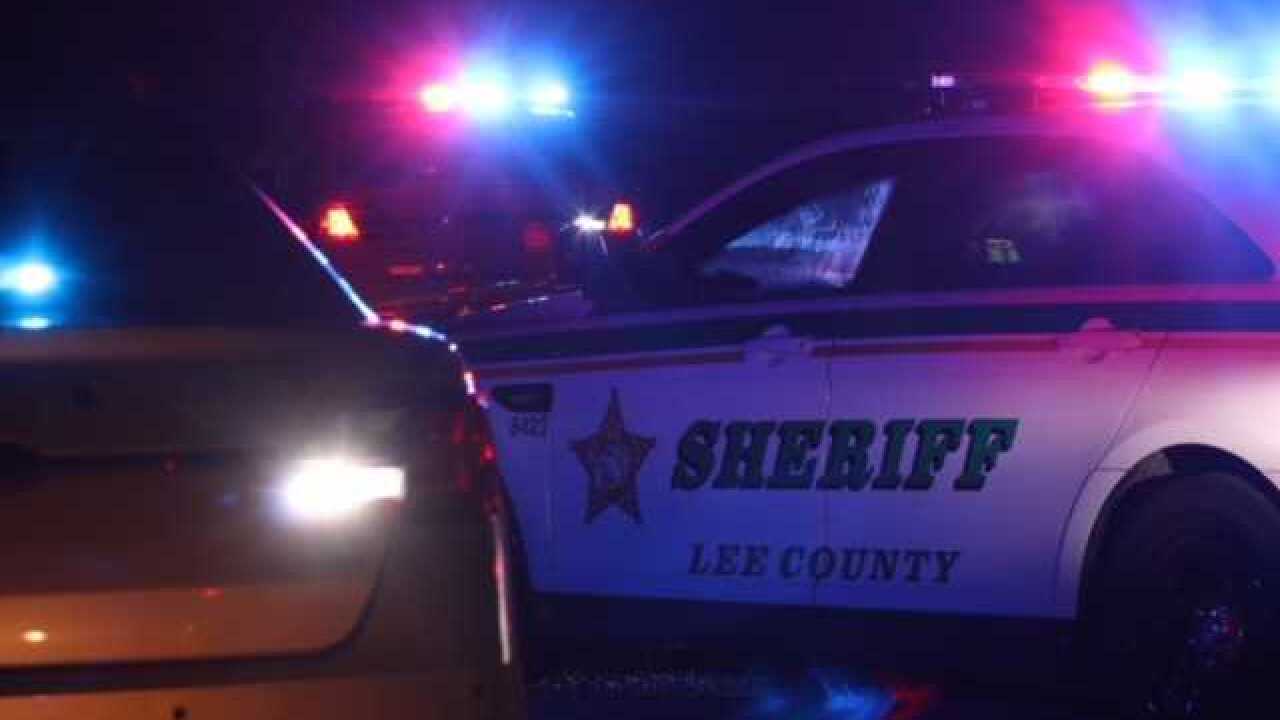 According to a Lee County Sheriff's Office report, it started around 2 a.m. at Villas Community Park in Fort Myers, when a deputy pulled up to a pickup truck in the park. The driver started the truck, drove around the deputy, and drove off without lights on. The deputy followed the truck with emergency lights and sirens on up Cleveland Avenue, along Fowler Street to Colonial Boulevard and then south onto Plantation Road.

The deputy stopped following the truck but alerted other deputies that the truck may be headed back to where the pursuit started.

Deputies did locate the same truck in the area of The Villas, and a deputy stopped in front of the truck. That's when the driver rammed into the back of the patrol car as the deputy was climbing out. They resumed active pursuit. The truck headed east on Daniels Parkway, running several red lights and achieving speeds of nearly 100 miles per hour. The driver avoided several PIT maneuver attempts, made a u-turn near Jet Blue Park, then headed south on Interstate 75.

The truck was then successfully PIT maneuvered in the median near the off ramp to Southwest Florida International Airport. The driver attempted to run from the scene but was stopped by a K-9 unit.

Deputies say the driver, a 15-year-old Ave Maria resident. is known for committing several auto burglaries and auto thefts in the past. He is facing charges of Aggravated Battery, Fleeing and Eluding with Disregard of Safety to Persons or Property, Fleeing and Eluding Fail to Obey Law Enforcement Officer's Order to Stop, and Loitering and Prowling.