Teenager arrested for guns and illegal drugs in Fort Myers 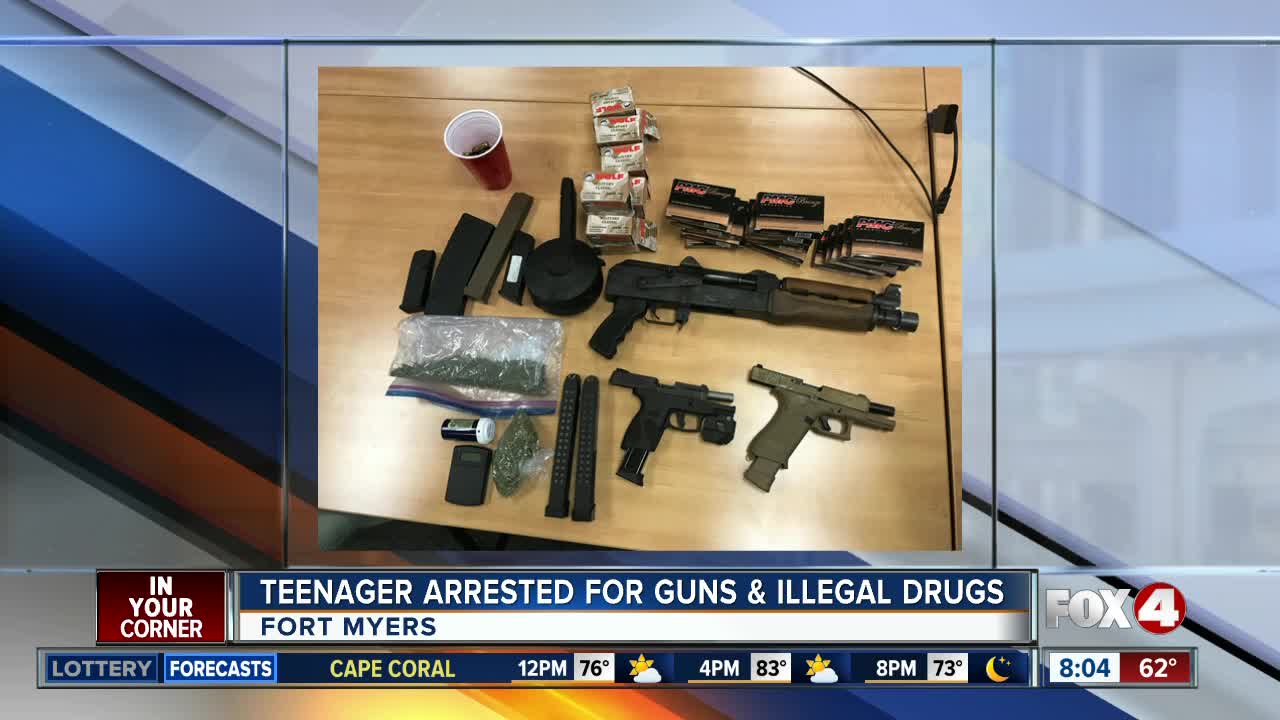 A New Year's eve call about possible gun shots led to the arrest of a Southwest Florida teenager for possessing illegal drugs and guns.

It happened near First Avenue and Oak Drive in the Pine Manor community. Deputies searched the area and say they found shell casings and unused ammo.

During a search, deputies say they found the 17-year-old suspect with three hand guns: a Zastava 7.62 AK pistol, a Taurus 9mm handgun, and a Glock 19 9mm midsize handgun.

They also found high capacity magazines, 574 rounds of ammunition, and two bulletproof vests, along with marijuana and pills.

We're not naming the teen since he is underage.

He is now charged with four counts of Possession of Weapon or Ammo by Florida Delinquent, Firing Weapon in Public or on Residential Property, Possession of a Controlled Substance, Marijuana Possession over 20 Grams and Violation of Probation.