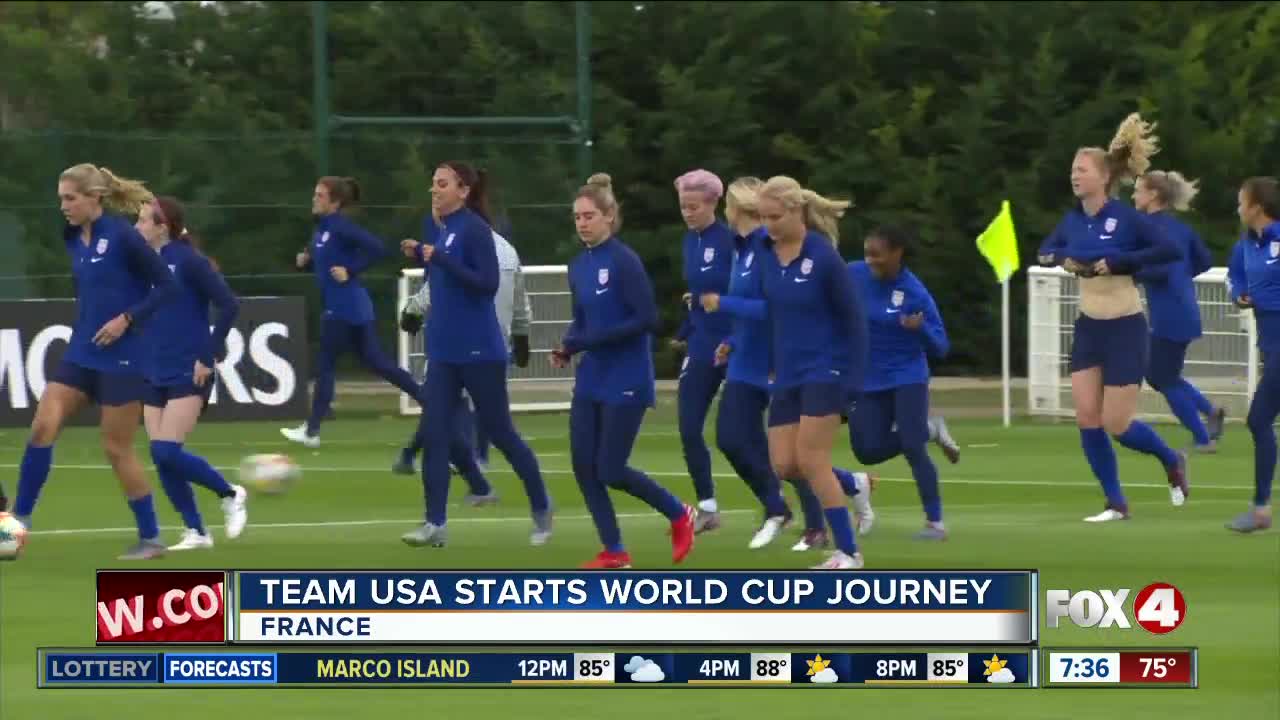 The defending champions face Thailand at 3pm on Tuesday.

Star forward Alex Morgan says her team is ready to take on Thailand at 3pm, despite the added pressure of being the defending champions.

She said her team is united in a way she has never seen before, and they won't let the expectations get in the way of playing a great game. "First off, I think this team has always had high pressure, especially in big tournaments, and I think that’s for a reason. We have a rich history of success within this program, and that’s one of the reasons that we set high expectations for ourselves."

The U.S. team is going into the game as the heavy favorites. One of the big questions is, will the U.S. team run up the score to better their odds of leaving the group stage.

The last team they will play is Sweden, which has proved itself to be a World Cup contender.

Another question will be the starting lineup. This game likely won't be difficult, so coach Jill Ellis might start some of her backups and keep key players benched.

But regardless who starts, this will be a must watch game.

Catch all the action on Fox 4 starting at 3 p.m.