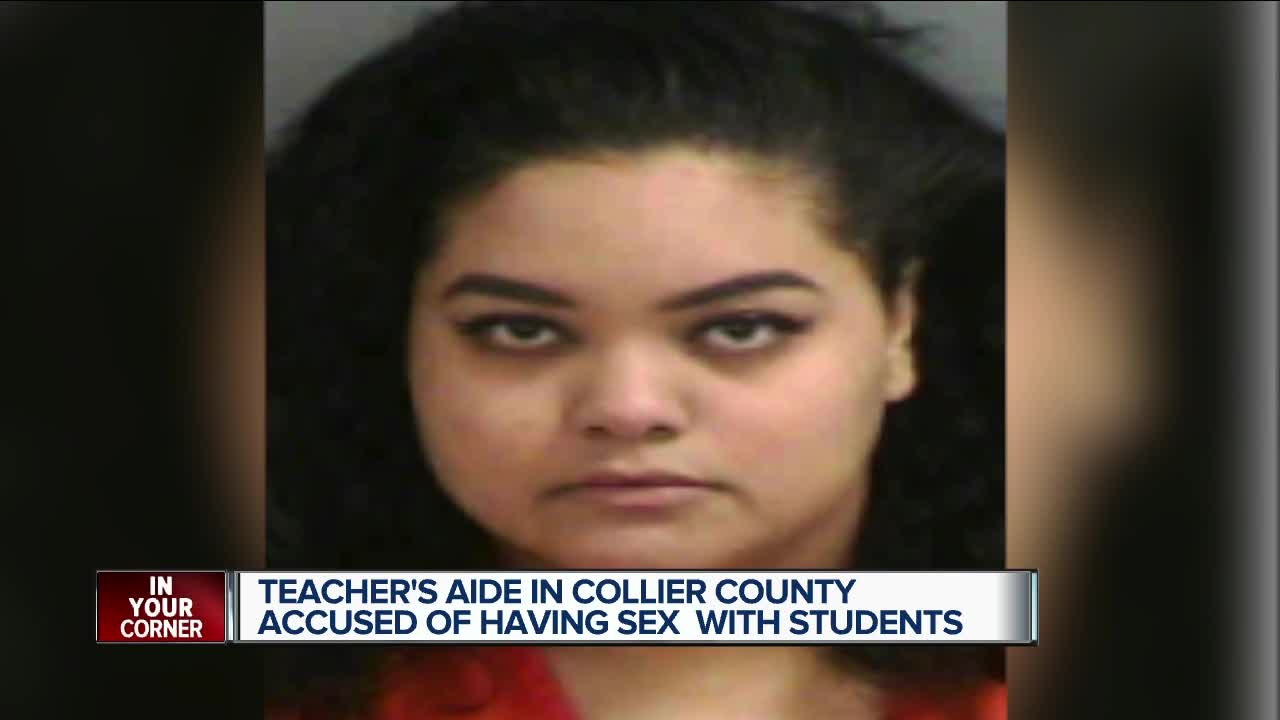 COLLIER COUNTY, Fla. — A Phoenix Academy teaching assistant was arrested on Friday for having sexual intercourse with 15-year-old students and providing products containing nicotine and drugs to minors.

Kirstie None Rosa, 27, was charged with three counts of lewd and lascivious battery sexual activity with a 15-year-old, a second-degree felony. Rosa is also facing charges for providing products containing nicotine and drugs to minors.

Fox 4 was able to get a statement from the Collier County School District about the charges against the teacher aide. School officials say they are recommending her termination of employment to the board on Monday, December 9.

Collier County Sheriff's Office says she had sex with a 15-year-old student multiple times. The first time, she went to his home, and the second time, she drove him to her condo. She denied going to the home but was advised by police they had two witnesses see her in the home with the 15-year-old.

Investigators found security footage from the swimming pool at her condo, showing her being intimate with two15-year-old students. According to the report, Rosa brought the students to her condo after taking them to a party where they were drinking alcohol and smoking Marijuana. She denied going in the pool or "hanging out with the students." Rosa said she was at the party and left when the students arrived.

Rosa was arrested and transported to the Naples Jail Center, where she was charged.