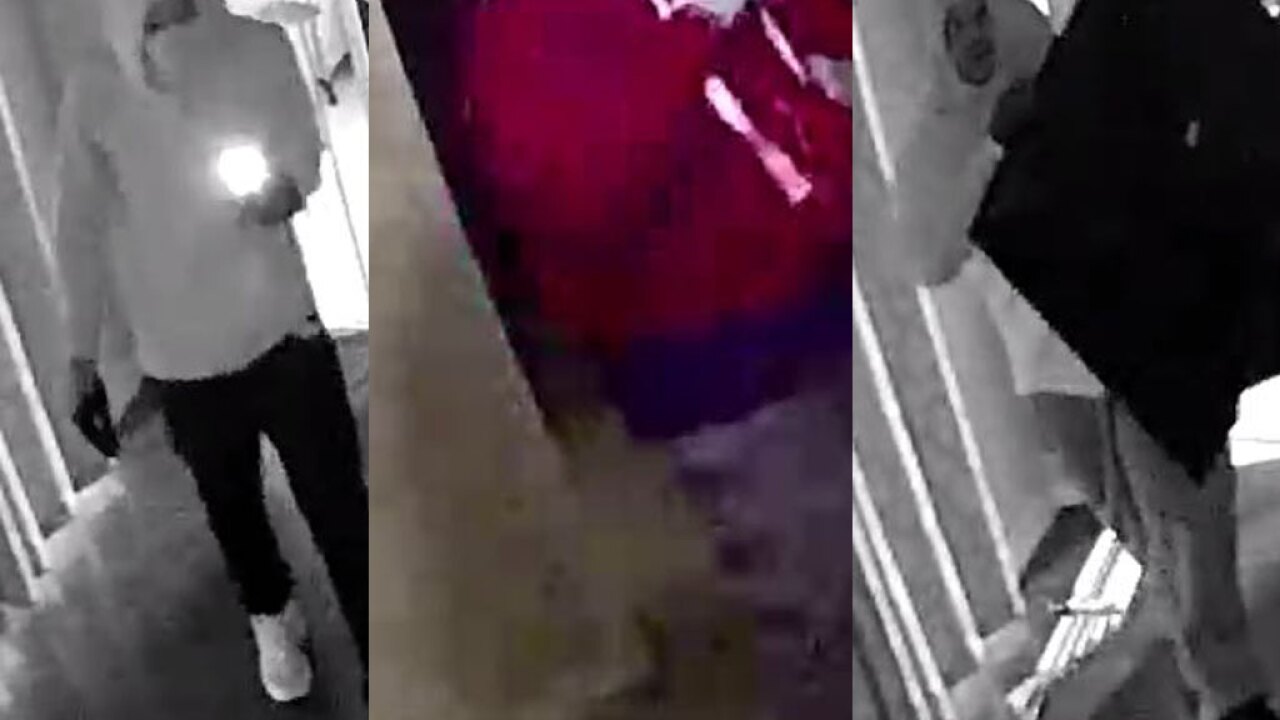 Three suspects in home burglary on Bermar Street in Lee County on November 30, 2018.

It happened on November 30 just after 9 a.m. on Bermar Street.

According to Southwest Florida Crime Stoppers, home cameras show a suspect entering the house though a window, and then letting two other suspects in the front door.

Within a matter of minutes, the men went from room to room, removing several television sets, a laptop computer, an Xbox One gaming system, as well as other items. All three suspects wore gloves during the burglary.

Anyone with information on the identities of any of the three men are asked to call Crime Stoppers at 1-800-780-TIPS (8477). All callers will remain anonymous and will be eligible for a cash reward of up to $3,000. Tips may also be made online at www.southwestfloridacrimestoppers.com or by submitting a tip on the P3Tips mobile app.