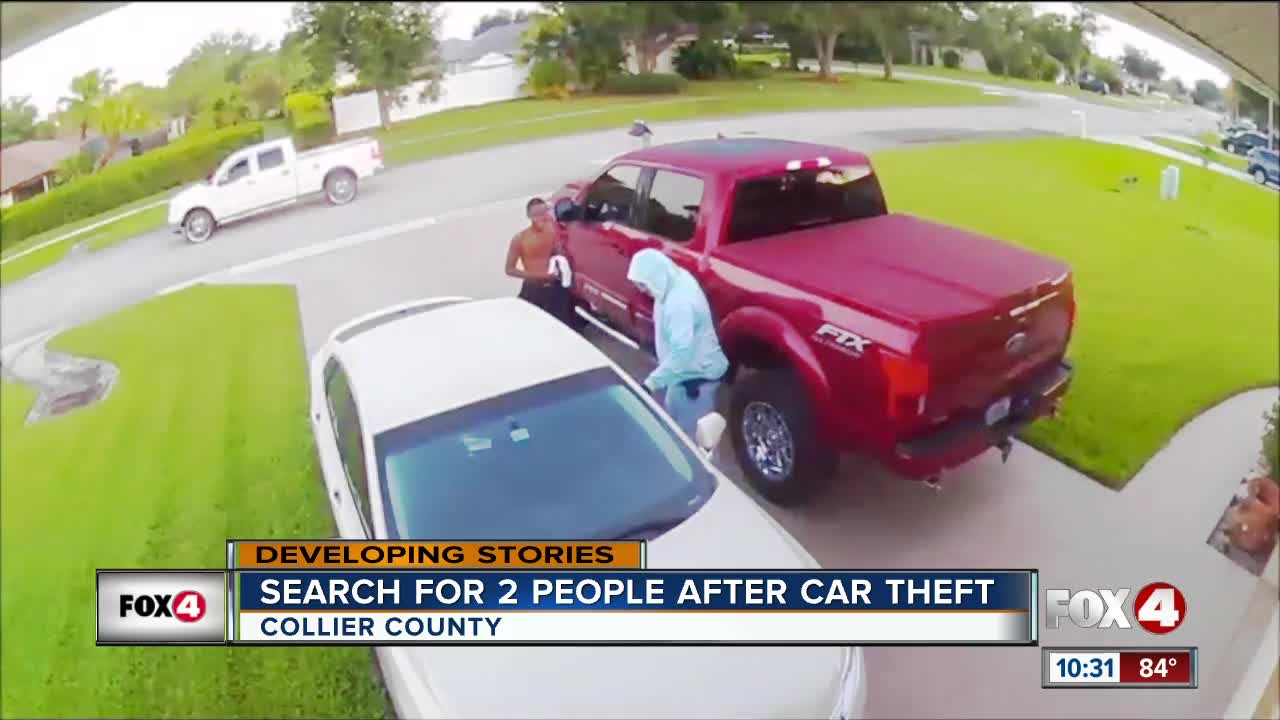 Deputies think the people in this video stole a car from a driveway in the Orangetree area.

UPDATE -- The Collier County Sheriff's Office says this video led to the arrest of three teenagers on grand theft charges after a vehicle was stolen.

A deputy recognized one of the 15-year-old from the video and spoke to his father. Further investigation determined that the teens were driving through the neighborhood checking car doors until they found the victim's car, which was unlocked with the key fob inside.

Sheriff Kevin Rambosk reminds everyone to lock your car doors and remove or stow valuables from view all the time. “We need our community to partner with us by being proactive when it comes to securing their property,” Sheriff Rambosk said.

Deputies say the video was taken back on Saturday, on Summerfield Drive in Orangetree.

They say a car was stolen from a neighbor's driveway, and these two people could be involved or have information.

Call the Collier County Sheriff's Office with any information.