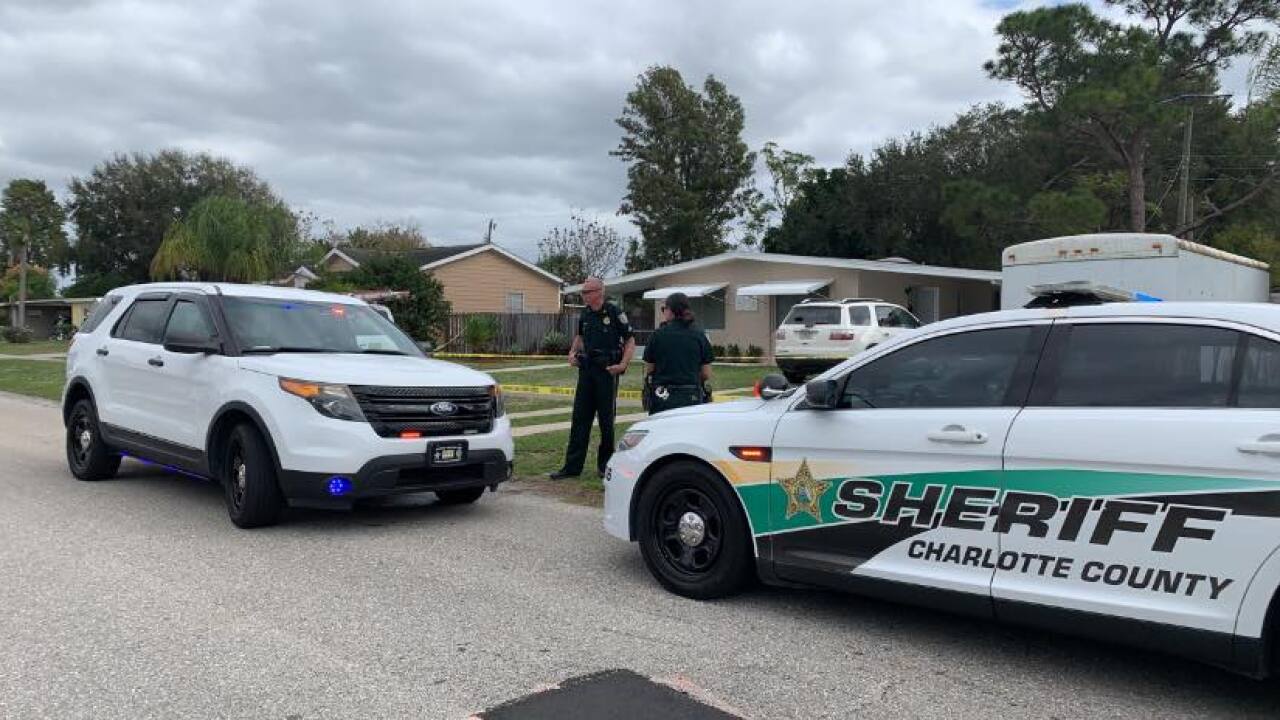 PORT CHARLOTTE, Fla. -- Deputies are conducting an investigation in a Port Charlotte neighborhood where there was a reports of shots being fired into a vehicle.

It happened Friday afternoon on Conway Boulevard, on the west side of U.S. 41.

According to the Charlotte County Sheriff's Office, deputies responded with a significant presence in the neighborhood.

No injuries are reported, but the suspect is in custody.

Witnesses reported seeing him run through backyards of the neighborhood towards 41. Deputies thoroughly searched the area speaking to home and business owners. It was then that they were informed that someone matching his description was seen getting into a blue truck after he had asked for a ride.

The driver of the blue truck is not involved in the incident and did not know the man personally. Deputies scoured the area for the vehicle and it was located successfully. Simmons was taken into custody during a felony traffic stop of the blue truck in question.

The weapon was recovered within the same neighborhood where the targeted shooting occurred.