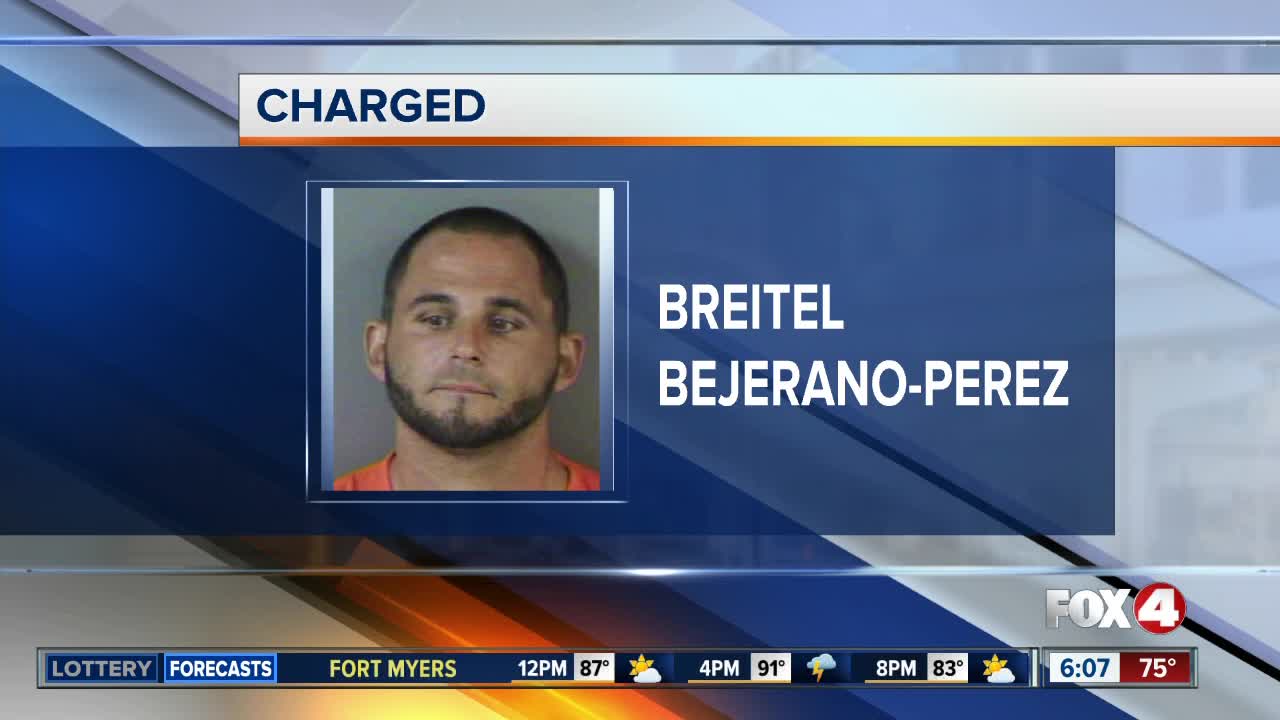 Deputies arrested 34-year-old Breitel Bejerano-Perez. They say he towed a stolen boat out of Lehigh Acres on Tuesday, then led deputies on a chase into Immokalee.

COLLIER COUNTY, Fla. -- We have more information for you about the man charged in a boat theft and shooting investigation that started in Lee County and ended in Collier County.

They say he towed a stolen boat out of Lehigh Acres on Tuesday, then led deputies on a chase into Immokalee.

According to a Collier County Sheriff’s report, deputies pulled over an SUV towing a boat along State Road 29 north of Immokalee. The driver then attempted to un-hitch the boat from the SUV, but was unsuccessful.

Bejerano then got back into the SUV and continued driving on S.R. 29, where he crashed into an unmarked sheriff’s office vehicle. A deputy in the vehicle fired his gun at Bejerano, who continued to drive away from the scene, now with the boat trailer detached from the SUV.

Bejerano drove into Immokalee, where he pulled into the parking lot at Wendy’s and crashed into another vehicle. Bejerano then ran into the restaurant, where he was taken into custody.

Deputies say Bejerano is a convicted felon and was driving on a suspended driver’s license.

He is charged with Flee/Elude Police, Grand Theft Auto, Driving With License Suspended/Revoked, and Hit and Run.