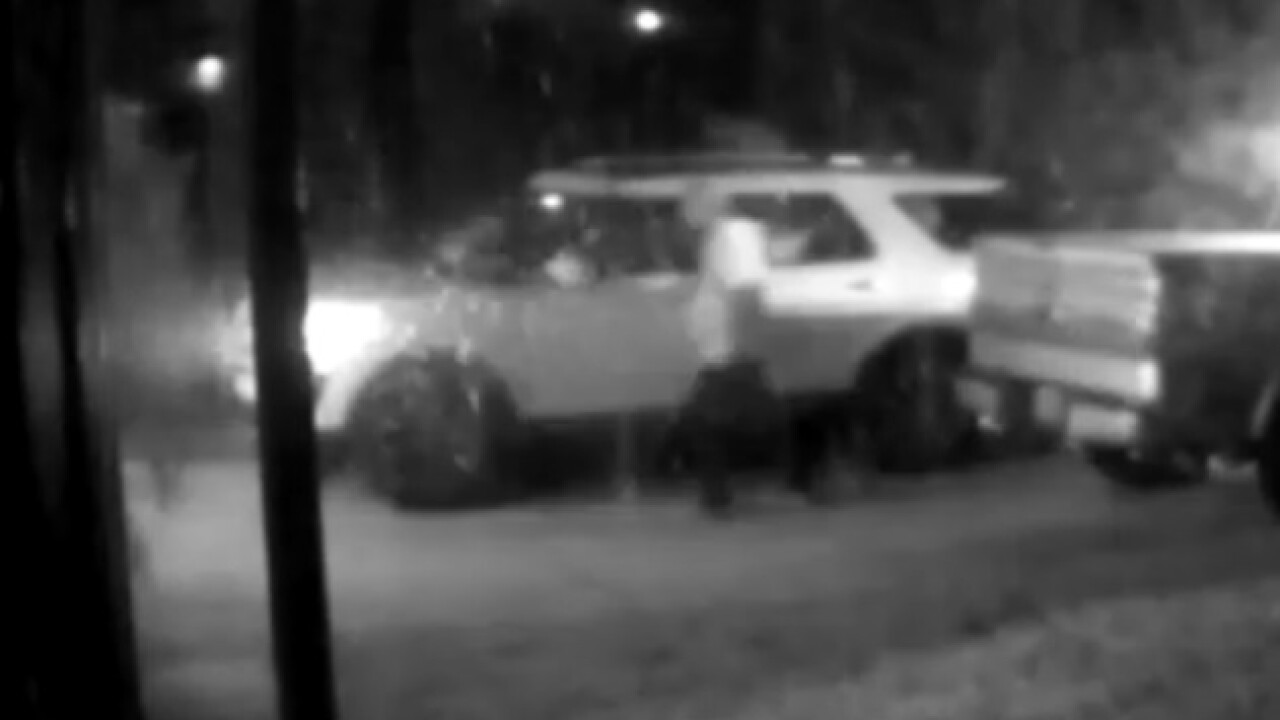 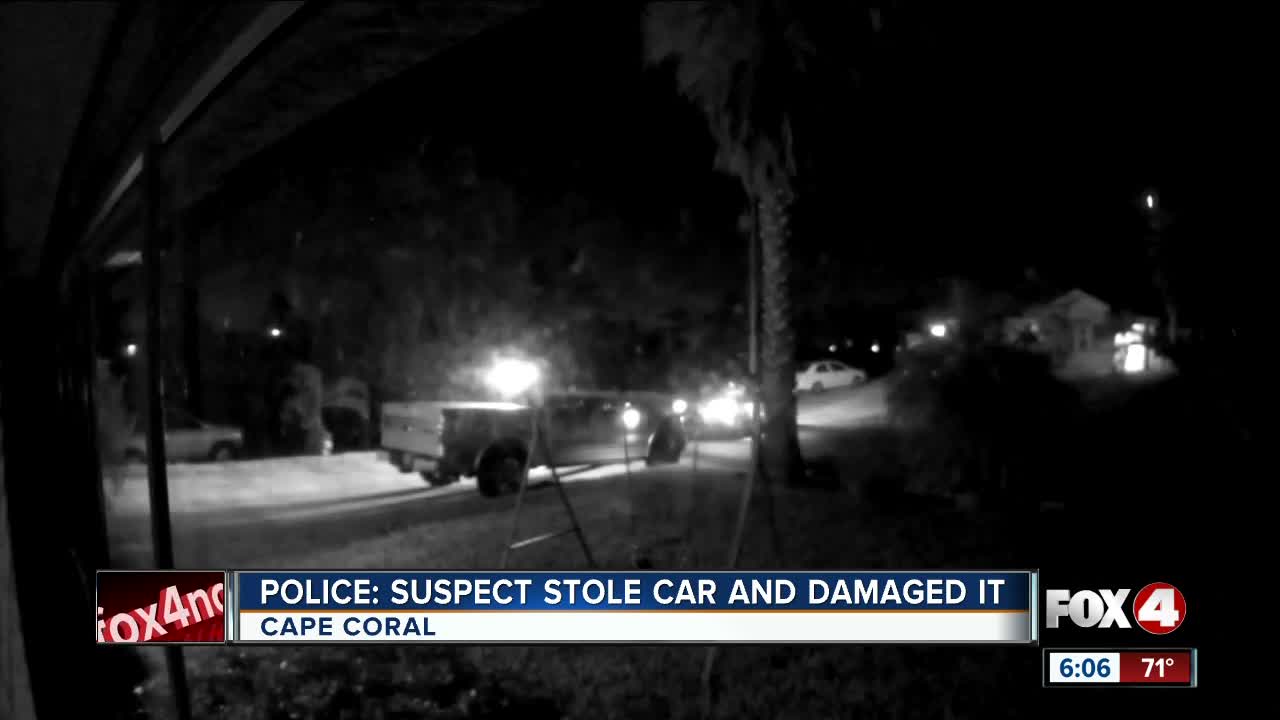 CAPE CORAL. Fla. -- Police are hoping the public can help identify a suspect seen in a surveillance video stealing an SUV from a homeowner's driveway.

Cape Coral Police released the video Thursday, showing a suspect in a white hoodie walking around the SUV and climbing into the passenger seat before the suspects drove off in it.

It happened just before 1 a.m. on January 12th. Police say suspects entered a pickup truck parked in the 2200 block of NW 23rd Terrace and found keys to the SUV in the center console of the truck. The suspects then drove off in the SUV.

About 24 hours later, the SUV was reported as a suspicious vehicle behind the Sam's Club on Pine Island Road. It was found to abandoned and had fresh damage to the body and wheels.