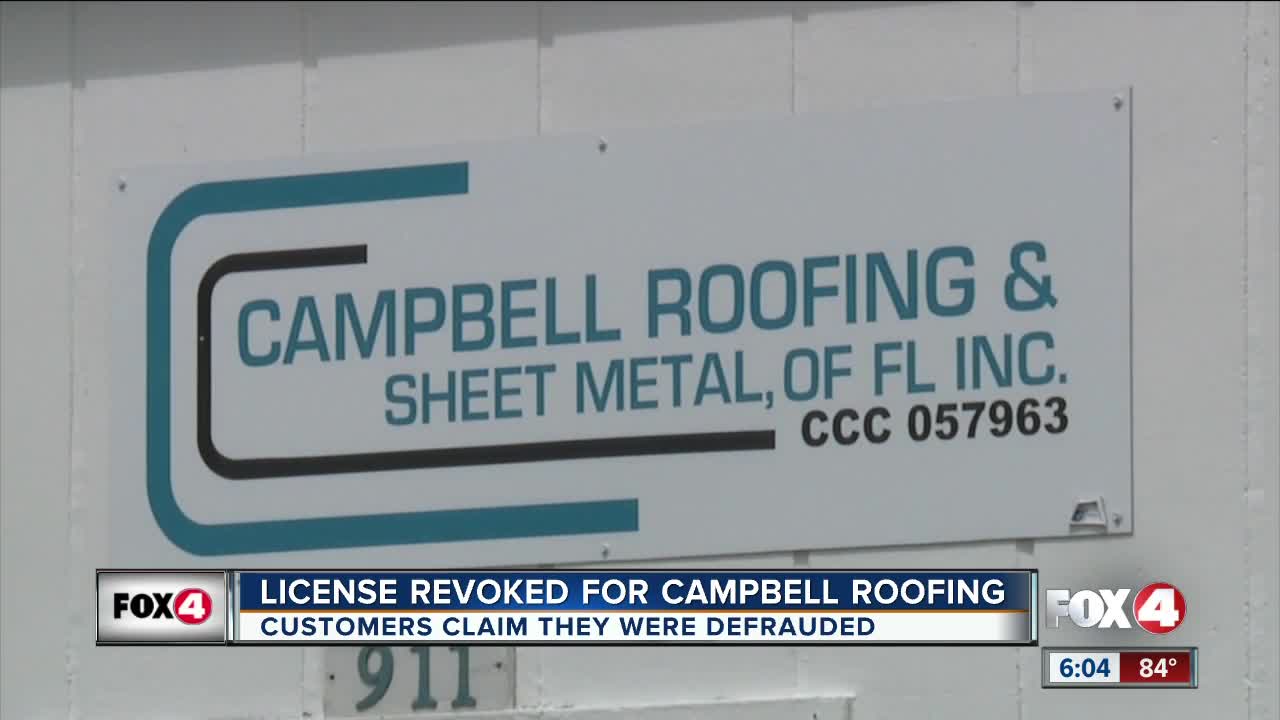 The Florida State Attorney's Office is conducting a consumer protection investigation into Campbell Roofing and Sheet Metal over complaints of fraud.

CAPE CORAL, Fla. — A Cape Coral-based roofing company is under fire over fraud complaints. The Florida State Attorney's Office confirms that it is conducting a consumer protection investigation into Campbell Roofing and Sheet Metal.

Bart Drake of Marco Island is one of several people who reached out to Fox 4 with complaints about the company. Drake said that Campbell Roofing abandoned the job of repairing the roof of his hurricane-damaged home - after allegedly taking an $8,000 deposit.

He said that owner Josh Campbell eventually told Drake that his money was gone, due to embezzlement at his business.

"I can absorb an $8,000 hit, but there's people he's cheated that can't," Drake said. "The State really needs to step in and go after this guy."

Wednesday, the City of Cape Coral's Construction Board revoked Campbell's roofing license over expired permits and not keeping his insurance up to date.

Collier County told Fox 4 in an email that Campbell can no longer pull permits there either because of the insurance issue.

Fox 4 reached out to Campbell Roofing several times for this story, but no one answered the company's phone, and their office in Cape Coral was closed.