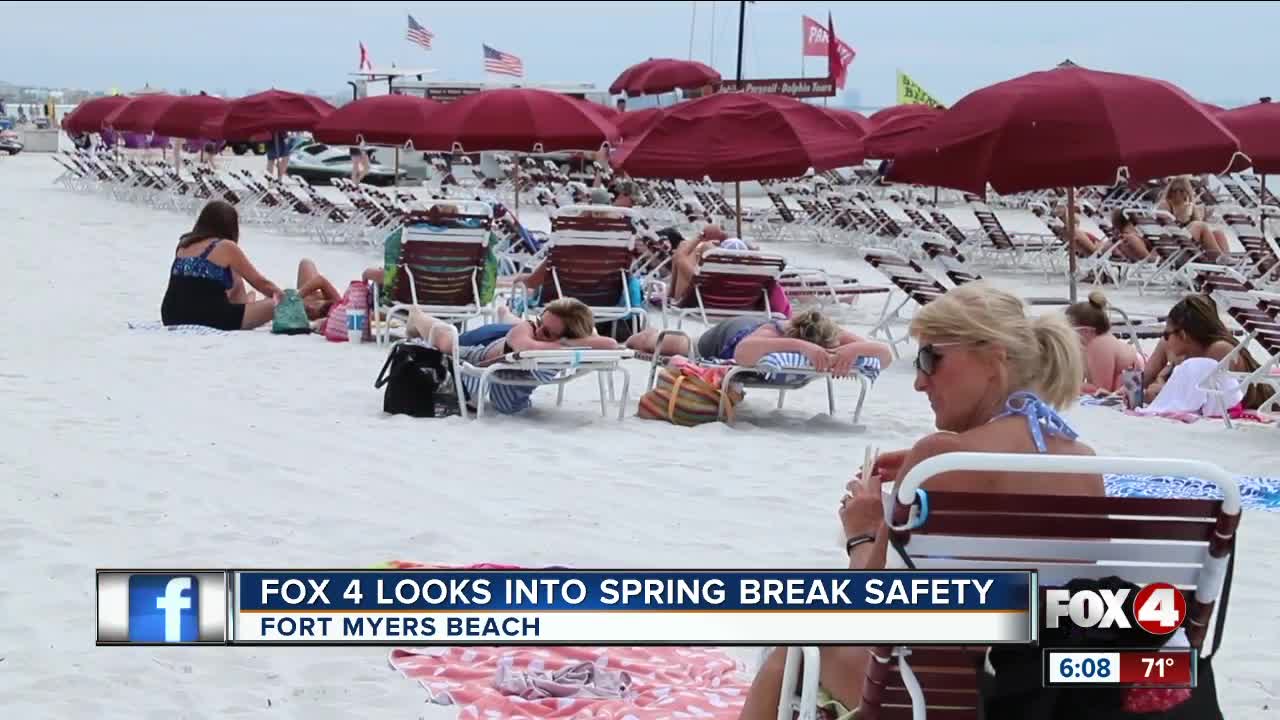 Spring break is always a good time for college kids to let loose and have some fun, but Spring break can sometimes cause concern for safety and rowdy crowds.

Over the weekend the Lee County Sheriff’s Office found guns and drugs in a car during a traffic stop. Deputies arrested 19-year-old Charmikka Alizia Broughton and 23-year-old Andrew Jean Baptiste. Deputies say they found an AR and an AK in the car.

Some spring breakers like Emma Buhr and Maddie Urbanz, who are in SWFL from Wisconsin say it's a little concerning for the people who are here to just have some fun.

"It makes me a little weary about visiting or revisiting," Buhr said.

Fox 4 decided to see how much crime has been going on in Fort Myers Beach since Spring Break started, using the LSCO Crime map feature.

Since March 1st, there’s been a vehicle theft, aggravated assault, robbery, and a house burglary all reported.

Fox 4 compared that to two weeks prior to Spring break starting (February 14th to February 28th) there was one aggravated assault and a one larceny report during that time frame.

The Lee County Sheriff’s office did tell Fox 4, they will increase foot patrols, using canines and ATV’s, and they’ve already placed surveillance towers and traffic control to enforce laws and ordinances to avoid any potential crimes from happening.