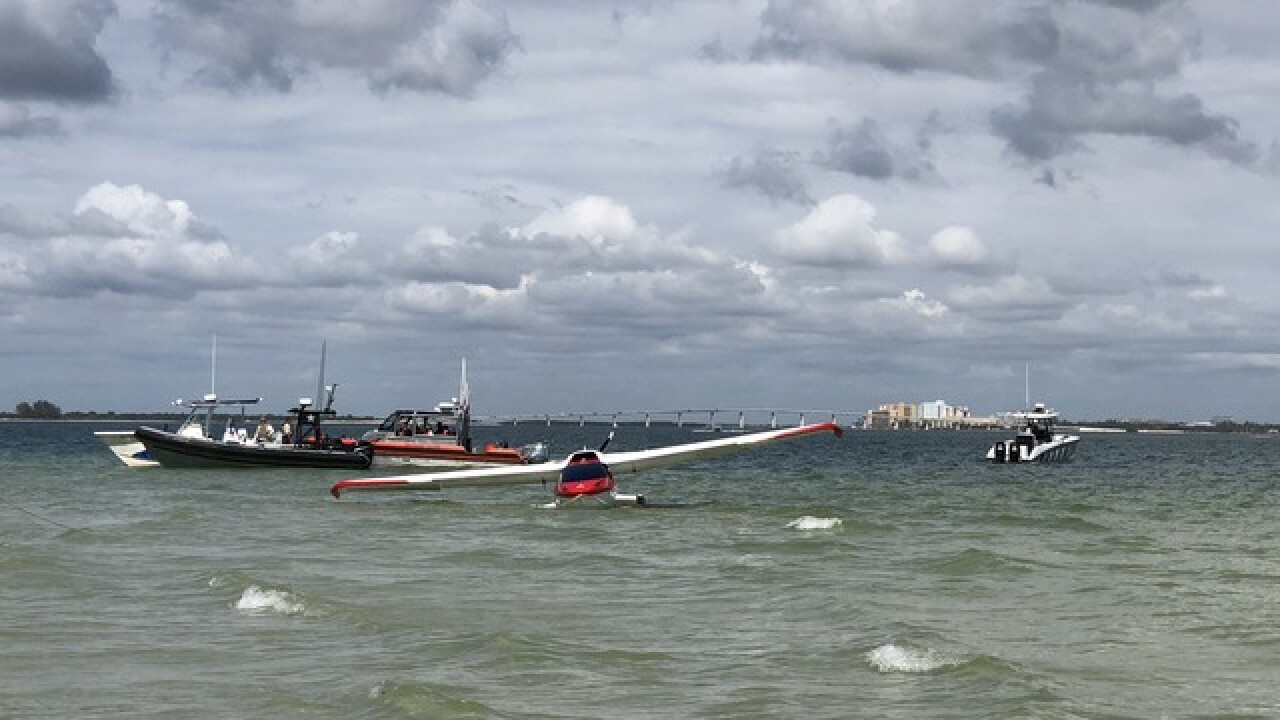 Copyright 2018 Scripps Media, Inc. All rights reserved. This material may not be published, broadcast, rewritten, or redistributed.
Shelli Albright
<p>Small plane in shallow water off Sanibel on February 9, 2018.</p> 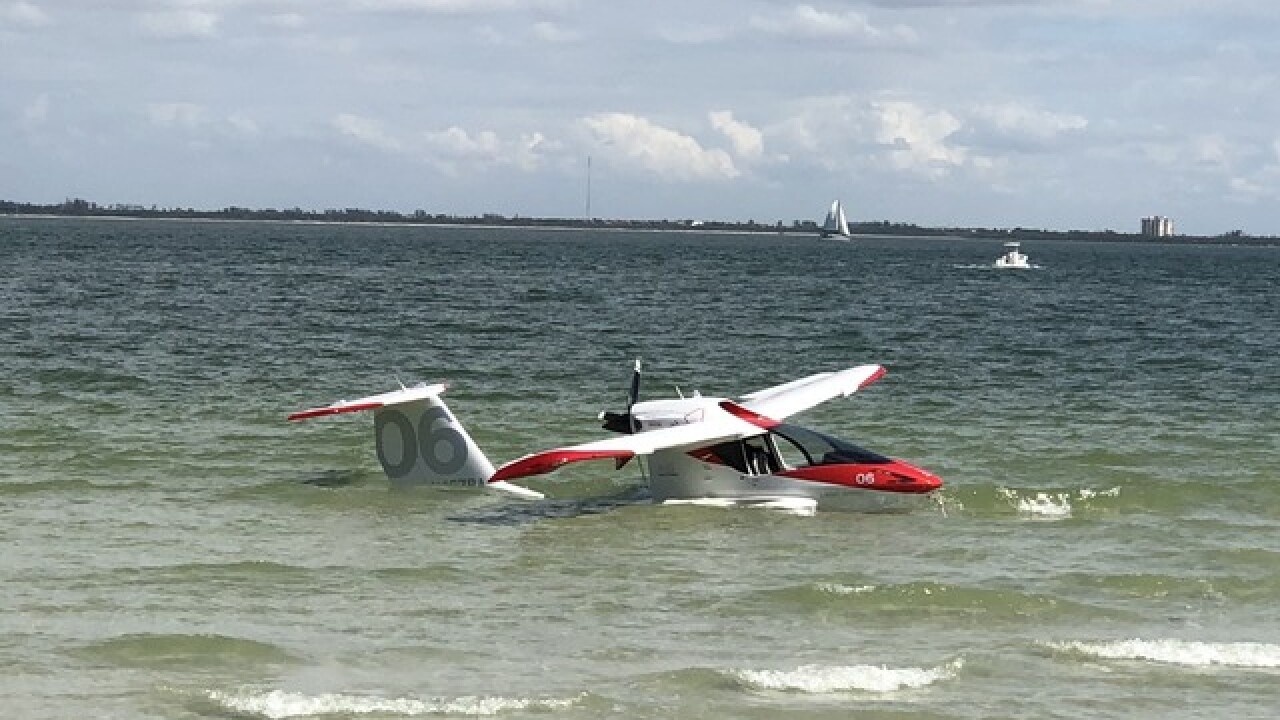 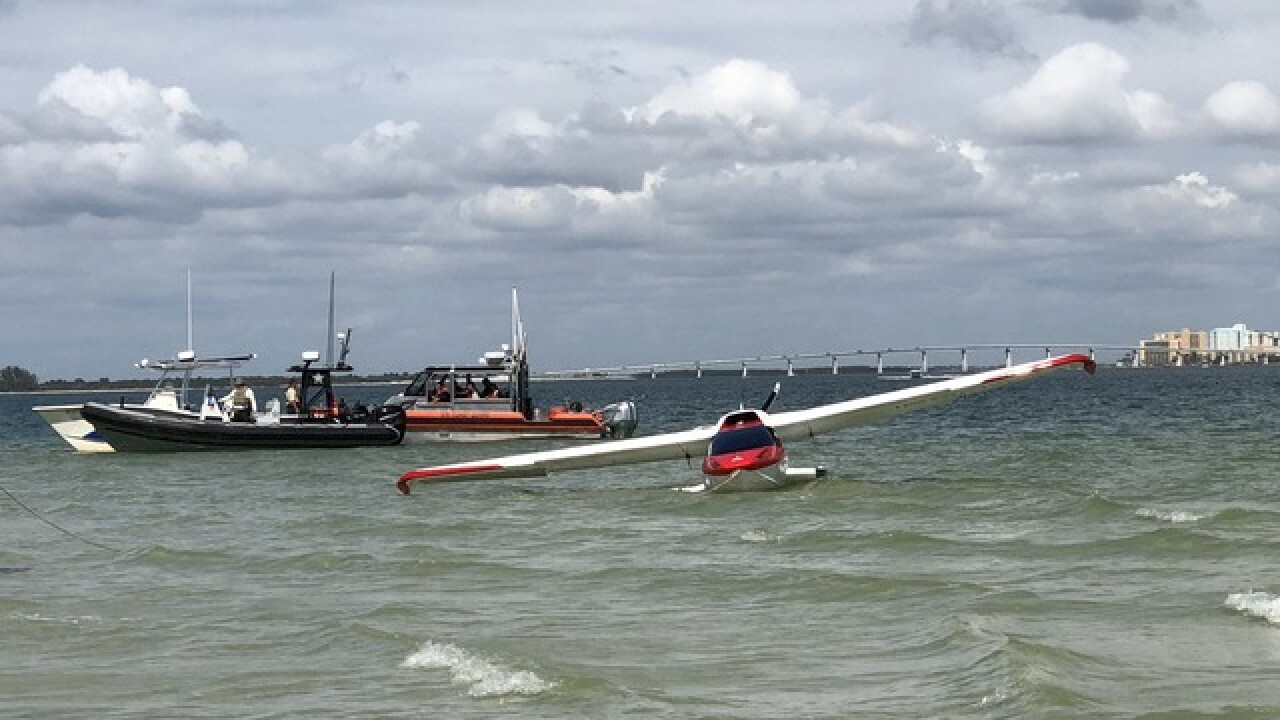 SANIBEL, Fla. -- A small seaplane plane was seen sitting in the shallow waters off the tip of Sanibel Island Friday.

The plane came down off Lighthouse Beach Park.

Boats from several agencies, including Sanibel Police and the U.S. Coast Guard, responded to the scene.

There were no injuries reported.

Crews are working to pump water out of the plane so it can be removed.

The plane appears to be an Icon A5, an amphibious light-sport aircraft that made its debut in 2014.  That's the same type of aircraft the former pitcher Roy Halladay fatally crashed last November.