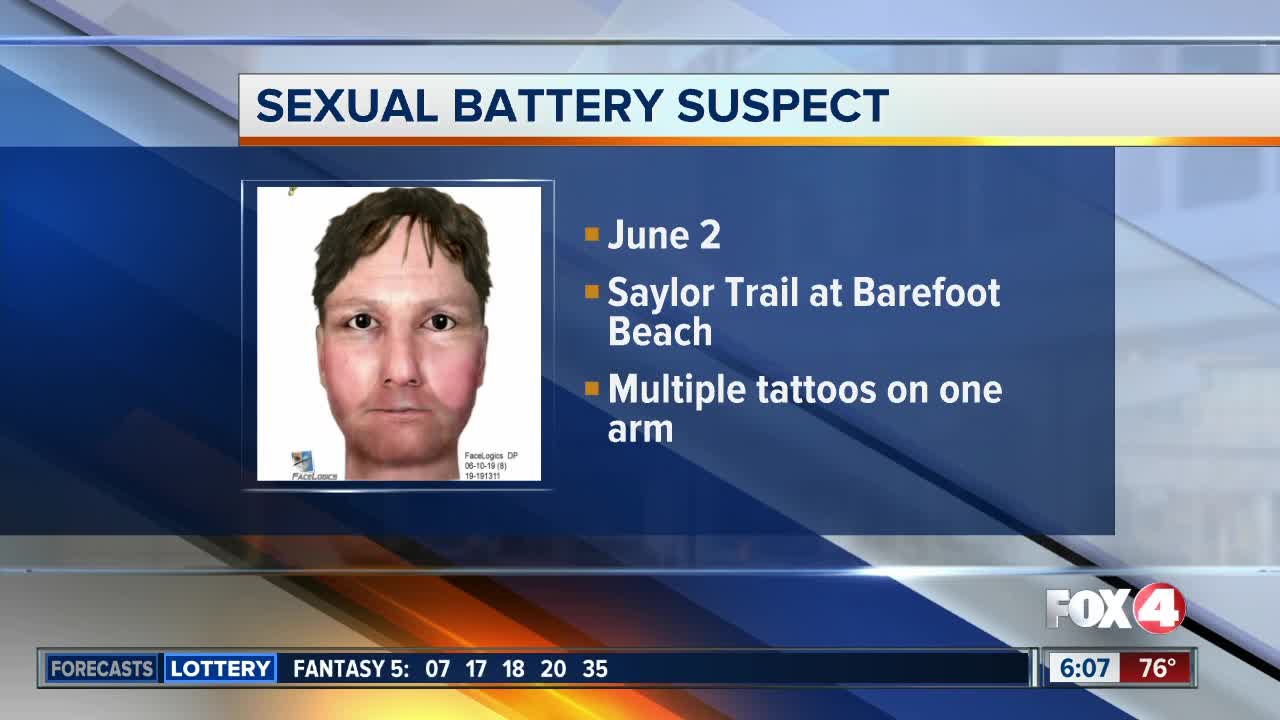 Police say on June 2nd, he grabbed a woman from behind near Saylor Trail at Barefoot Beach, and tried to sexually assault her.

NAPLES, Fla. -- Collier County deputies hope you can help them identify the man in this sketch.

They say on June 2nd, he grabbed a woman from behind near Saylor Trail at Barefoot Beach, and tried to sexually assault her. The incident was reported to deputies on June 4th.

Detectives said the suspect is described as white, in his late 20's to early 40's and around 6 feet to 6 feet 2 inches tall with a lean build and muscular arms. He had medium wavy brown hair and bulgy eyes that were possibly brown in color.

The suspect had multiple tattoos on at least one of his arms. One of the tattoos was possibly a clock or a nautical symbol, all black in color. He had a ruddy complexion, some scruff for facial hair and a very defined, low brow line with thick eyebrows. He was wearing a red/maroon loose fitting tank top and shorts.

He may be driving a purple lifted Jeep.