Shooting investigation on I-75 continues in Fort Myers 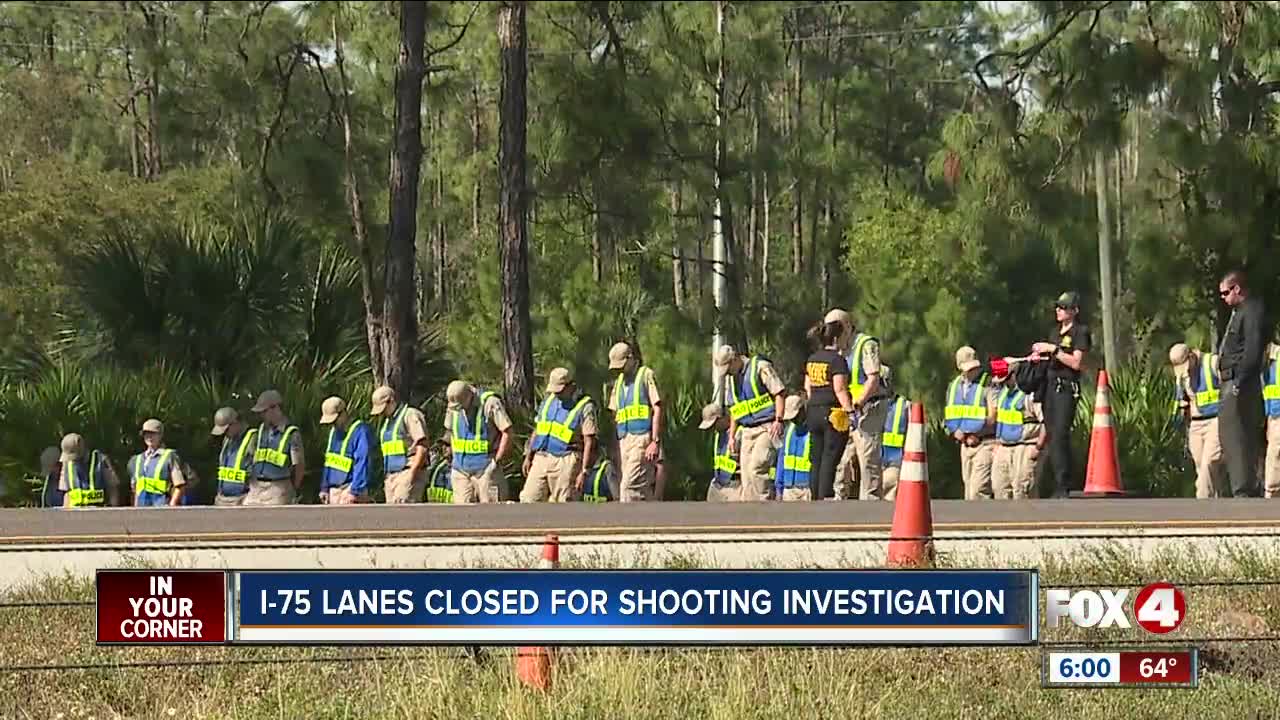 Investigators closed lanes Monday during a follow-up investigation to a shooting on Sunday.

UPDATE (12PM) -- Investigators have released some information on the shooting on Interstate 75 early Sunday morning.

According to the Lee County Sheriff's Office, around 4:30 am Sunday, a person inside a vehicle was struck by gunfire in the southbound lanes of I-75 just past the Alico Road exit.

The victim was taken to the hospital for treatment to significant injuries.

Investigators are asking for the public's help in the case. Anyone with information is asked to call the Lee County Sheriff’s Office at (239) 477-1000 or Crime Stoppers at 1-800-780-TIPS (8477). All callers to Crime Stoppers will remain anonymous and will be eligible for a cash reward of up to $3,000.

Tips may also be made online at www.southwestfloridacrimestoppers.com or by submitting a tip on the P3Tips mobile app.

Investigators blocked one southbound lane just south of the Alico Road exit for several hours Monday afternoon as part of a follow-up investigation into a shooting in that area on Sunday.

Crews of investigators spent Monday canvassing the shoulders on both sides of the interstate, apparently searching for more evidence.

On Sunday morning, all southbound lanes in that area were closed for approximately 10 hours in response to some sort of shooting incident.

During that time, deputies had to redirect traffic onto Ben Hill Griffin and Three Oaks parkways. The temporary detour even affected the FGCU commencement ceremony.

We're still working to get more information on this shooting, but authorities have so far been very mum about exactly what happened.

Stick with us for any updates.