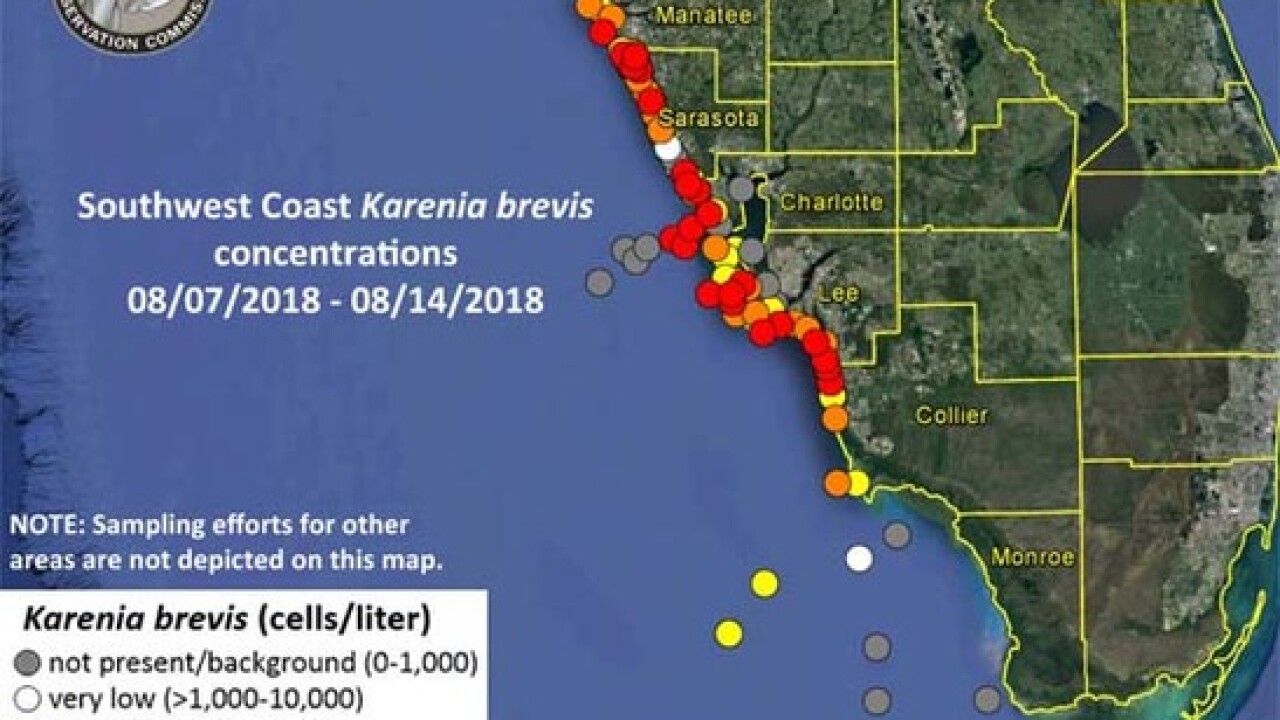 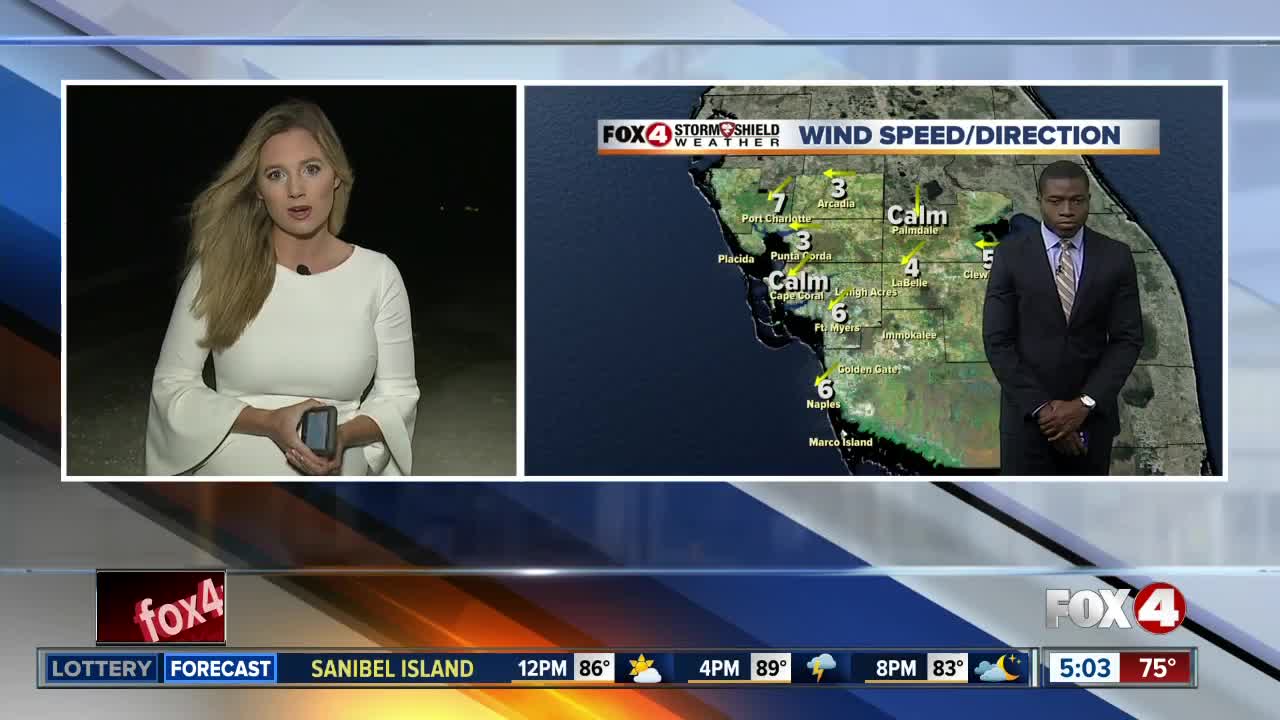 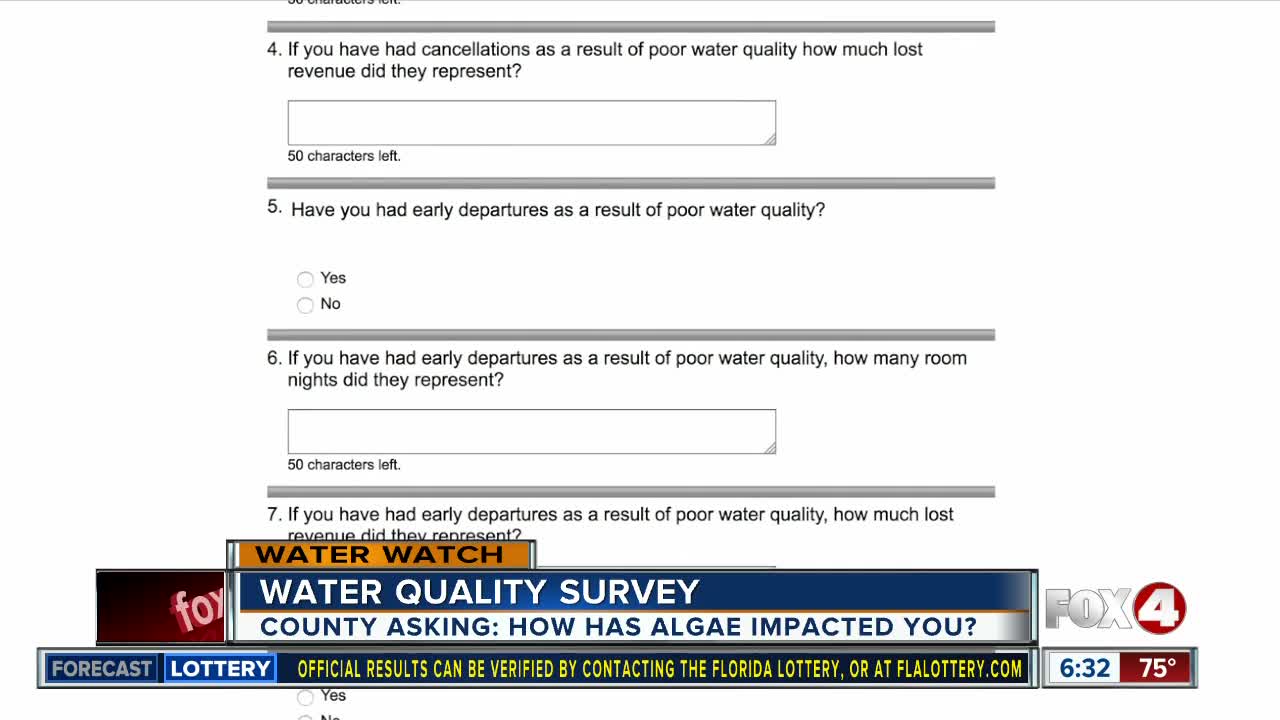 A new red tide advisory is in effect for Southwest Florida.

Any exposure to red tide can cause respiratory symptoms including coughing, sneezing and teary eyes. It also means you are urged not to swim in the water because it can cause skin irritation.

The city of Sanibel released a new report saying crews have removed more than 300 tons of dead fish in the past few weeks. It does not include the whale shark, large groupers and tarpons that were recently washed up on the island. Nor does it include dead fish cleaned up in the canals.

Florida Fish and Wildlife report that there are high concentrations of red tide in Lee, Charlotte and Collier counties.

The Chamber of Commerce in Cape Coral put out a survey regarding red tide and blue-green algae.

They are collecting data on how the water quality has impacted businesses in the area for the past two months.

They say they will send the results to elected officials.

Lee County Commissioners say they are working with the Department of Environmental Protection and Health, plus Florida Fish and Wildlife to fix the water quality issues.

With the help from a state grant, they've removed more than 85,000 gallons of impacted water in the county.