Sears location in Edison Mall to close in 2020 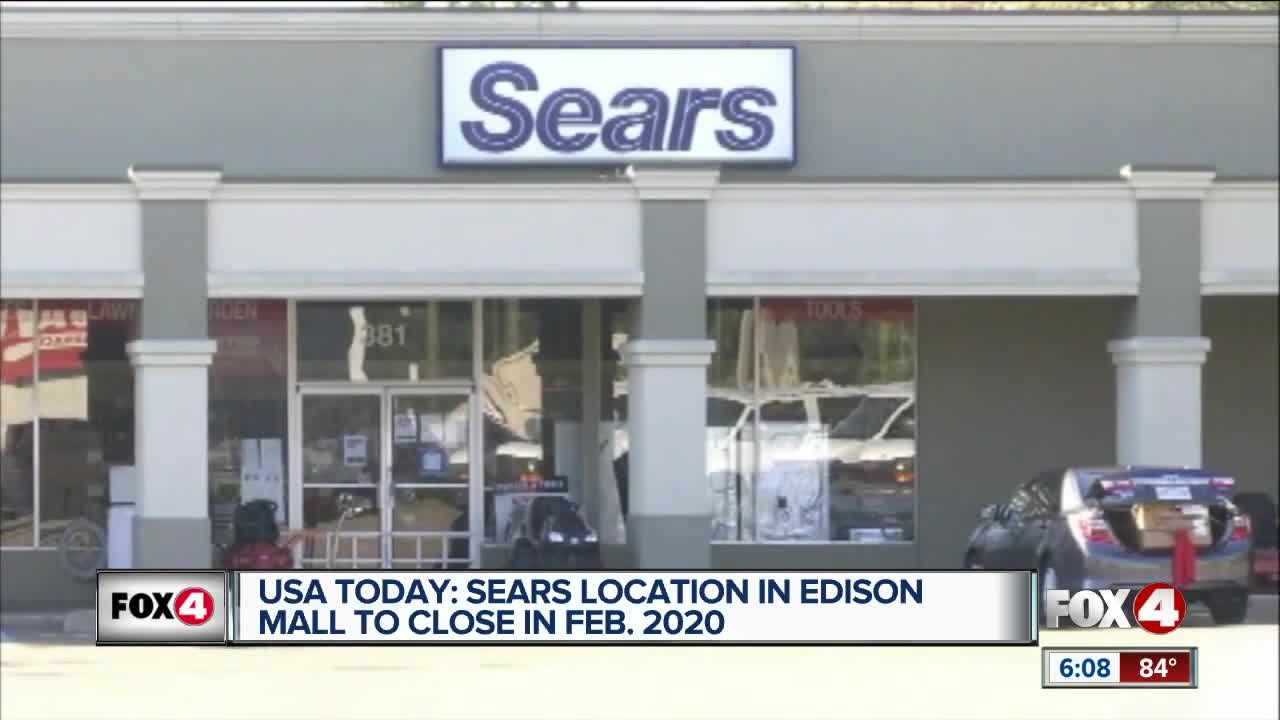 The Sears store located in Fort Myers is among the latest of closures of Sears and K-Mart locations.

FORT MYERS, Fla. -- The company that owns Sears and K-Mart have announced plans to close 96 additional stores, including one in Southwest Florida.

That's according to USA Today.

Transformco, which acquired the retailers out of bankruptcy, is set to close those locations in February 2020.

The Sears inside the Edison Mall is one of the stores closing its doors.